The Glanza E-CNG is available in S and G trims, and equipped with a 5-speed manual transmission. It is powered by a 1.2-litre K12 engine that puts out 76 bhp and 98.5 Nm and is claimed to deliver a mileage of 30.61 km/kg. The Glanza CNG shares its powertrain with the Baleno, which recently received the CNG option as well. 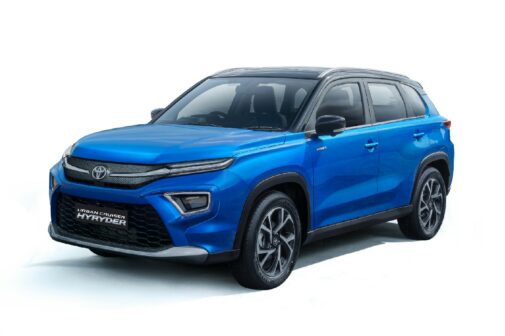 The Urban Cruiser Hyryder E-CNG comes with LED headlamps with LED daytime running lights, LED tail lights and rides on 17-inch alloy wheels. It is powered by a 1.5-litre K-series engine that it shares with the Maruti MPVs, XL6 and Ertiga, and is claimed to deliver a fuel efficiency of 26.1 km/kg. The mid-size SUV is also available with strong-hybrid and mild-hybrid variants. Stay tuned for the announcement of its price range.