Audi has unveiled the Q8 e-tron SUV, a facelifted version of the brand’s first electric SUV, the outgoing e-tron. It now carries the Q8 nameplate and will be the new flagship electric SUV in Audi’s model line-up. In addition to technical upgrades to their drivetrains, the Q8 e-tron and Q8 e-tron Sportback have also received exterior and interior styling changes.

The Audi Q8 e-tron and e-tron Sportback now get a dual-tone trapezoidal grille, a reprofiled front bumper, reworked headlights, and new ‘Audi’ badging on the B-pillar. At the rear, Audi has also equipped the Q8 and Sportback with new LED tail-light clusters and a revised bumper. Meanwhile, the interior receives more subtle updates. 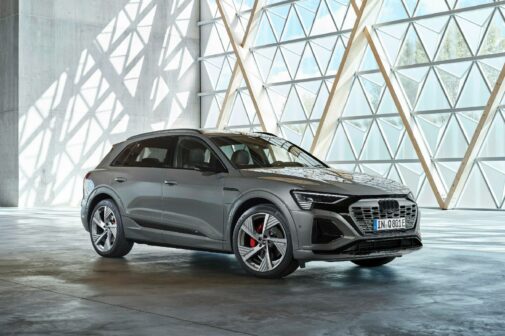 The Audi Q8 e-tron is now claimed to offer 582 km of range on a full charge, in comparison to 484 km on the previous iteration. This is courtesy of a larger battery size which has grown from 64 kWh to 95 kWh. The Q8 e-tron SUV generates 408 bhp of max power and 67.7 kgm of peak torque. Meanwhile, the 55 Sportback version gets a claimed range of 600 km. The top-end S Sportback version with the largest battery pack offers claimed power of 503 bhp and 99.2 kgm of peak torque and up to 513 km range on a single charge. 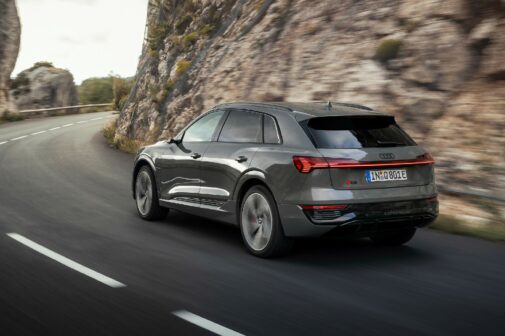 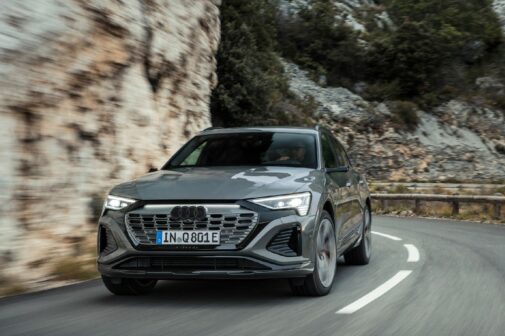 Audi will launch the Q8 e-tron in international markets in February 2023 and is likely to bring the Q8 e-tron to the Indian market by mid-2023. The new Audi Q8 e-tron will take on the likes of the BMW iX electric SUV as well as the upcoming Mercedes EQB.