The future of Ferrari’s sportscars has arrived. The Ferrari 296 GTB makes its official debut in India. It is Ferrari’s first production road car with a hybrid V6 engine. It would be a mistake to write off this 819-bhp 2.9-litre turbocharged V6 sportscar. 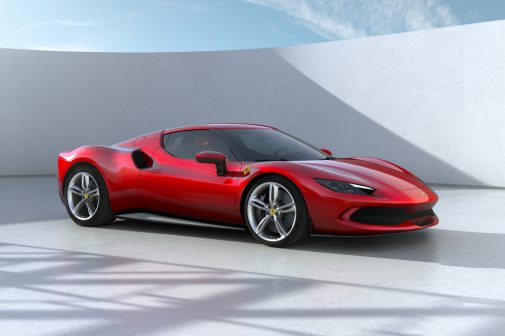 All that power from its six-cylinder engine goes to its rear wheels via an 8-speed DCT ‘box that’s good enough to clock the 0-100-kph sprint in 2.9 seconds, 0-200-kph time in 7.3 seconds, and has a top speed of 330 kph. It does all of this while sounding bloody fantastic. The light V6 engine allows the 296 GTB to tip the scale at 1470 kg. If you wish to go lighter, there is an ‘Assetto Fiorano’ option. It has carbon fibre appendages on the front bumper and more carbon fibre around the car and inside. You can also have adjustable Multimatic shocks and Michelin Sport Cup2R tyres. The list of options is endless.

The 654 bhp generated by the 296 GTB’s six-cylinder engine has set a new power output record for a production road car. Also, the additional 165 horsepower comes from the electric motor. In all-electric mode, this electric motor has a range of 25 km and a top speed of 135 kph. Of course, you can change the modes — full EV, hybrid, Performance, and Qualify. But the best thing is that you can drift like an expert, thanks to an upgraded sensor in the power steering that supports the Slide Slip Control. 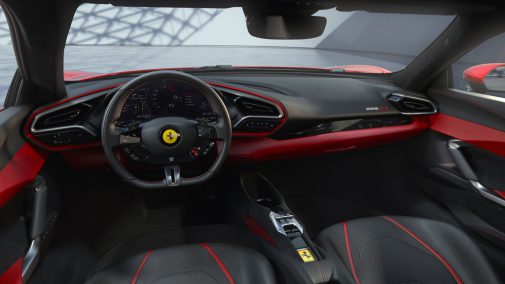 The cockpit is entirely digital, from the instrument cluster to the passenger-side display. And the middle tunnel will remind you of the SF90. What do you think of Ferrari’s first road-legal V6 sportscar?