‘Look at that guy talking on his phone and swerving around! He should get a fine,’ exclaims Mahesh, the fine gent who is driving me home through traffic after a late night at a friend’s place. ‘He’s not wearing his mask and has his window down,’ I reply. Mahesh adjusts his seat belt, saying, ‘Even in this climate, with COVID cases rising, people still think it’s ok? I can’t understand that.’ It’s true that wilful ignorance plays its part, but there are some who do need to be educated, and some, who need to be reminded.

Hyundai’s #BeTheBetterGuy campaign is meant to address some of these issues and has been highlighting the importance of road safety and trying to make Indian roads safer for about five years now. I’ll admit I’ve needed reminding of the importance as well — a WhatsApp group blowing up with messages has a good chance of distracting me from the road — and I know this sort of thing is a pretty common occurrence. I mean the sheer number of people on the roads without masks, using their phones, or otherwise driving recklessly, is staggering.

I mentioned this to Mahesh, saying that Hyundai conducts this campaign once a year, and he said, ‘Good! We all need to learn about this. The number of times I’ve had a near-miss due to a driver not paying attention is too much. I’ve even had to remind customers to wear their masks at all times in my taxi, and it happens with the younger ones more often.’ 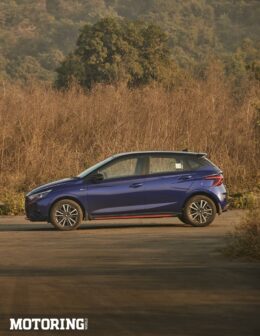 At that point, Mahesh pointed to an ambulance that had just passed us. ‘There’s going to be at least one person to ignore it until it can finish its own, much slower, overtaking manoeuvre instead of slowing down and letting it pass.’ He was proven right seconds later as a three-wheeler loaded with cement bags failed to move out of its way in time.

This made me realise just how difficult and trying our roads must be for emergency workers. How does it feel when, potentially, you have someone’s life depending on you and you’re stuck in traffic? And how much would basic road safety help someone like an ambulance driver. Meet Raheem, one of the seemingly tireless drivers who works for a private ambulance service. ‘Most people know to move out of the way for us, even in traffic, but sometimes, no matter how loud the siren is or the amount of honking, we get stuck,’ he said when asked about impediments on duty.

He was at the scene of a severe car crash earlier this week, where an unsecured piece of luggage fell off a roof of an SUV and caused a three-car pile up. One of the drivers in those three cars neglected to wear his seat belt, and was the only one that was seriously injured. ‘They need to be reminded every time, otherwise this is what happens,’ said Raheem. As driving an ambulance is a high-pressure job, I asked, as citizens, what could we do to help ease that pressure. ‘A little sensitivity to other road users, and sticking to one lane,’ he replied. ‘Maybe the traffic police can enforce things more strictly?’ he added.

However, these traffic wardens have it tough, too, and it’s not just in terms of their jobs, which involves standing at signals and junctions for hours on end. They are among those who have to deal with the fallout from any and all incidents on the road — from people who don’t wear their masks to those speeding and breaking signals. Police inspector Deepak Bagul, the head of the Suman Nagar traffic police junction, had some interesting insights to share regarding road safety.

‘We mostly don’t get the opportunity to catch scooters, bikes, and small cars at signals or junctions anymore. They just manage to slip away or sneak around. That means we don’t really get a chance to teach them better or speak to them. However, we still catch the rule-breakers with the CCTV cameras, and our own officers who take photos of the offender’s vehicle, and then send them an e-challan.’ Even something as simple as crossing a road can be perilous for pedestrians, if the person behind the wheel isn’t paying attention.

At least two or three times a day, there’s a near-accident involving someone whose mind drifted elsewhere, and didn’t notice a pedestrian crossing, or the red light.’ In those cases, where the police actually manage to speak to the offender, the police inspector assured me that they not only take the fine that is imposed, but they also try to educate the person on why they are being penalised. ‘Only once they know will they understand, and then maybe stop doing it,’ he said wistfully. Deepak did mention that they were now even more stringent about drinking and driving. In fact, he said it with such fervour that it almost felt like he was saying ‘no mercy’.

In essence, this is why a campaign like #BeTheBetterGuy needs to be instituted, popularised, and expanded upon. A reminder to be safe and secure in these uncertain times is not just timely, but downright vital. Here’s hoping 2022 will be a year where accidents reduce significantly.