If you have been tapping on the electric market for long enough, Tork Motors is a Pune-based company that is no stranger in this EV space. Although post the unveiling of their T6X electric motorcycle prototype in 2016, the company has been aloof from the public eye for the last few years. The simple reason for that is the motorcycle present on these pages, the Kratos. With a stew of electric scooters flooding the market, Tork Motors has chosen to work around electrifying the motorcycle while keeping the fun factor intact. And if you were to have second thoughts about the company’s ambitions, remember this is coming from a firm that has gone racing, participated in the Isle of Man electric TT and acquired a podium finish. So, these guys do know their way around building EVs. 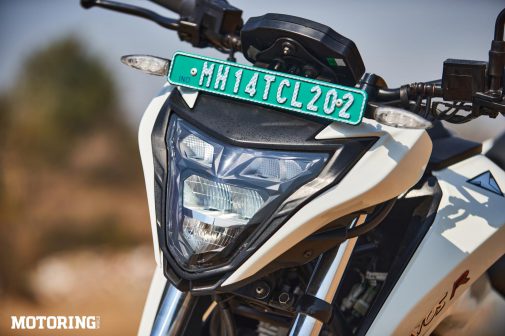 With proven success on the competition front, I was keen to know what Tork had in store. Along with a bunch of journos, I was invited for the test ride their newest offering. We were provided with the top-spec variant, called the Kratos R, which had a slightly higher power rating and a couple of more features over the standard Kratos. Since these were pre-production models, the fit-in-finish of the motorcycles wasn’t in its final form, nor was the access available to all the features. After a quick crash course on the bike’s features and operation, I was ready to swing my leg over for my first electric motorcycle experience. Now, before I dive into the riding experience, let me quickly run through the technicalities of the Kratos R. 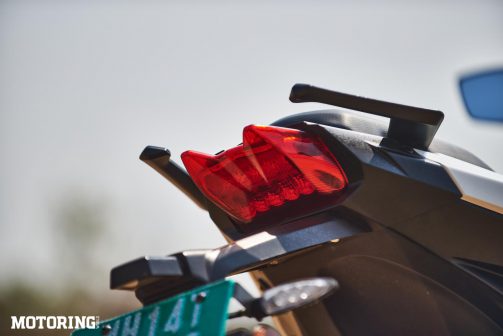 The Kratos is an ingeniously designed motorcycle that Tork has built entirely from the ground up, right from the chassis to the powertrain and the electronics. The bike is built around a steel split-trellis frame that houses the 4 kWh IP67-rated battery pack in the place where you would usually find the engine of a conventional motorcycle. Even the swingarm has a trellis-type construction which also houses the axial flux motor that powers the rear wheel. Coming to the design of the Kratos, Tork has stuck with the contemporary design of a motorcycle so that users find it easier to accept it. The motorcycle follows an edgy design complete with aggressive tank extensions, a petite tail section and all-LED lighting. The battery pack, although enclosed in a cast aluminium casing is largely exposed, which besides contributing to heat dissipation, also looks good, in my opinion. 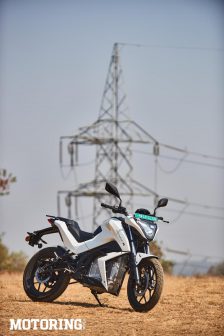 Swing a leg over the 785 mm seat and you’re in for a slightly aggressive yet upright riding stance. The low-rise yet wide handlebar is easy to reach while the feet land easily on the mid-positioned pegs. The fuel tank area that usually holds fuel on a conventional motorcycle, is replaced by a locked storage compartment to stow away small items. While the current charging plug point is positioned on the right side below the seat, there will be a provision for a fast charger on the frontal section of the storage housing that will be included later on. The instrumentation comprises a full LCD display that isn’t the prettiest out there but packs all the required vital information that a user would require. 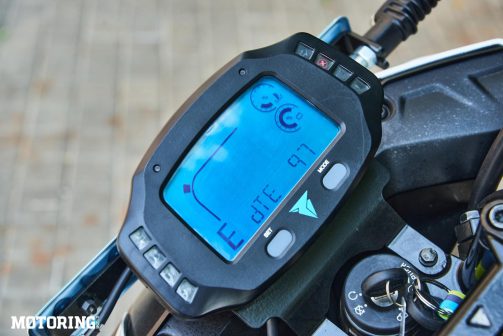 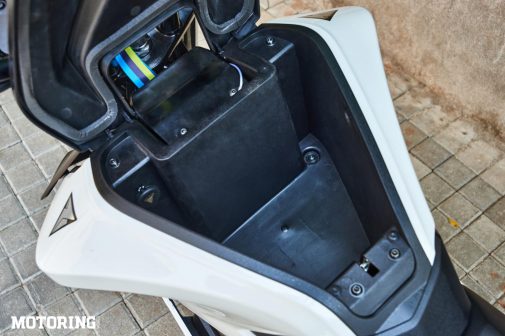 Well, enough of that tech talk and let me tell you how the Kratos R is the ride. Tork Motors builds its electric motors that come with an axial construction, which is different from the other propulsion motors in the market. Now, like me, if you were expecting a similar performance as the Ather and Ola scooters, you’d be disappointed as the Kratos doesn’t offer the same. Instead, it starts smoothly and only past the 20-kph mark it picks up the pace rapidly. With the limited time available for riding, I managed to achieve a top speed of 52 kph in Eco mode and 85 kph in Sport mode. Yes, the bike had more go, but due to the lack of a safe open stretch of road, it would be for another time to ascertain the top speed numbers. 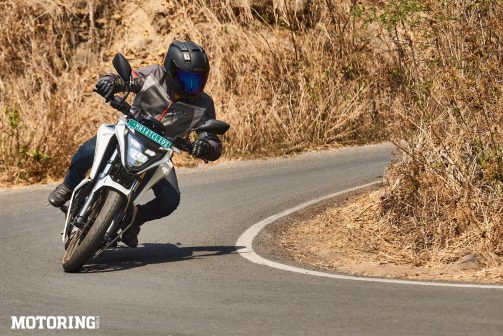 Scooters are predominantly designed for use within the city, motorcycles are also designed to do that but in addition, also be able to tour or be ridden on <I>ghats<I>. While the Kratos R performed great without any qualm on flat road surfaces, on steep terrains, it was a rather different story. The extra strain on the motor to build speed on the inclines was causing the thermal management system to intervene soon and de-rating the motor’s performance to safeguard it. While the Sport mode is restricted after the motor’s temperature crosses a certain level, even in Eco mode, after a few uphill hairpin corners, the speed of the e-bike went on reducing and eventually came to a standstill. Tork did mention that the fail-safe system has been set on a higher side which is why the heat management system is more intrusive. But, considering that Tork is planning to commence delivery of the motorcycles in a month or two, they need to sort this matter out the earliest. 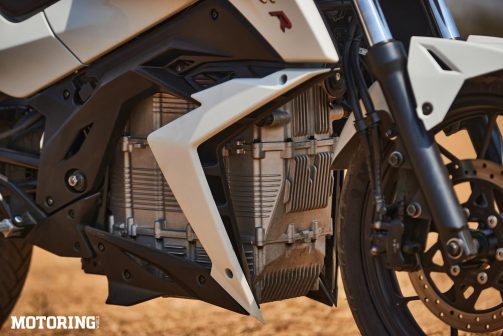 That said, it is important to understand the charging capabilities of an electric vehicle. In the case of the Kratos R, the bike packs a 4 kWh battery that will provide a 120 km range on a full charge in Eco mode. In Sports mode, the range comes down to 70 km, which is better to be used only within the city. As for charging time, it takes about 4-5 hours for a complete charge. 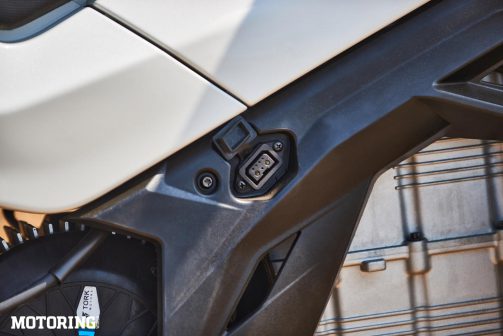 Till now, you would think the Kratos R isn’t that appealing or fun to ride, right? Thankfully all of that changes when it comes to its handling and agility. Tork’s experience in racing has benefited here to offer a motorcycle that is good confident around corners. With the split-trellis frame and the battery pack acting as a stressed member, the bike feels well-balanced and planted. Even the suspension is comfortably stiff but strikes a good balance between comfort and agility. On broken roads or while going over potholes, a part of the undulations get transmitted to the rider through the handlebar and seat but isn’t very intrusive. Besides that, the bike employs disc brakes at both ends with CBS. As far as their performance is concerned, they are just about average. The brakes felt to be okay in progression but lacked the kind of bite one would require at a time of an emergency.

To sum it up, does the Tork Kratos R pack the potential to deliver the fun and experience of a motorcycle? For me, it is a yes and no. The Kratos R has the correct DNA to make for an interesting electric motorcycle, but in its current form, it has a lot of rough edges that need to be looked at. The folks at Tork also need to sort out the programming of the powertrain, heat management system and also the overall fit-and-finish of the machine. And it is a matter of concern especially because the company plans to start selling the motorcycle soon. After the long wait, I hope Tork irons out the niggles and their electric motorcycles fulfil the fun quotient.