A Royal Enfield 350 single is an age-old idea, one that formed the company’s foundations in its dual histories, first with the Union Jack and later under the Tricolour. And while some bikes from Redditch did have sporty personalities, the subcontinental (good name for a 350 café racer?) ones were as athletic as ageing statesmen. That being said, by now there have been generations of Royal Enfield riders who’ve performed suitably stupid feats on their unlikely machines, each one more poetic than the last. Now, however, instead of pushing their luck in time-honoured fashion, RE riders can push the fun envelope on the Hunter 350. And I was able to verify this both in Bangkok at the launch ride and in Mumbai where I picked up our long-termer. Not exactly a global experience, but a good indicator of the Hunter’s potential nonetheless. 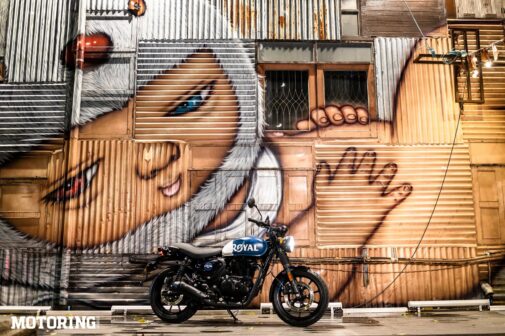 First of all, I have to say that sportiness is a spectrum; a gymnast and a sumo wrestler both go about the business of sport but in very different ways. And the Hunter feels like an example of the former born into a family of the latter. First of all, it’s 14 kg and 10 kg lighter than the Classic and the Meteor respectively, thanks to a revised chassis and lighter components. It loses the downtubes onto which the other duo’s ’pegs mount, and gets a slightly rearset footrest assembly. The exhaust is a sportier stubby unit and it sounds more aggressive than its more laidback siblings as well. If you want to turn your Classic into a café racer, you now know where to go hunting. 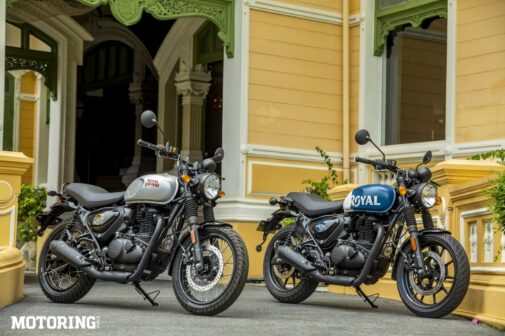 There are two iterations of the Hunter: the Retro and the Metro. The former gets basic instrumentation and switchgear, narrow tyres wrapped around wire-spoke wheels, single-channel ABS, and comes with simple black or silver paint jobs. The Metro is the bells-and-whistles one, with several paint schemes to choose from; my favourite is the ‘rebel blue’ which has ‘Royal’ and ‘Enfield’ on either side of the petrol tank in typography more suited to a signboard. Whichever version you get, quality levels are in line with RE’s recent proficiency in the matter — which is to say that everything feels solid and nothing’s going to fall off. 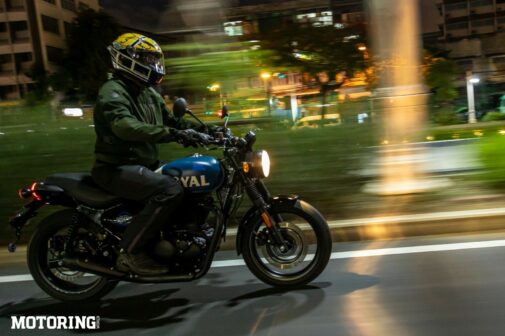 The Hunter felt light even as I took it off the side stand. And thumbing the starter dial summoned a rousing burble from the exhaust; no rational person will look for an aftermarket pipe for the Hunter. The lovely J Series 349cc single already seemed happy in its latest stage of life, after having its fuelling and ignition tweaked for a sportier response in the Hunter. The turning radius was remarkably tight and set off thoughts like, ‘Any more and we’ll be pointing back at the way we came.’ And of course, the Hunter gets 17-inch wheels at both ends, finally rolling RE into the world of nearly unlimited road tyre options. 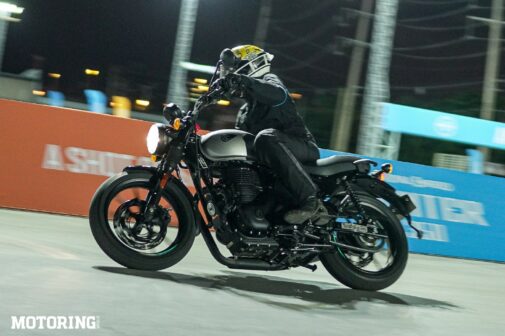 Power and torque figures are the same as before, but the Hunter most definitely is the perkiest RE 350. Hard on the throttle, the Hunter growled through the gears in a convincing manner. The sporty-upright riding position also helped set the tone for the antics that come naturally to the Hunter. RE claims a top speed of 114 kph for this bike, but I found that the sweet spot for a 90-kg rider was between 80-100 kph. There were no undue vibrations, only feel-good overtones that added character to the proceedings. And the occasional off-throttle pops made me want to do it all over again. As with the other RE 350s, the Hunter’s aura easily outran its spec-sheet numbers. 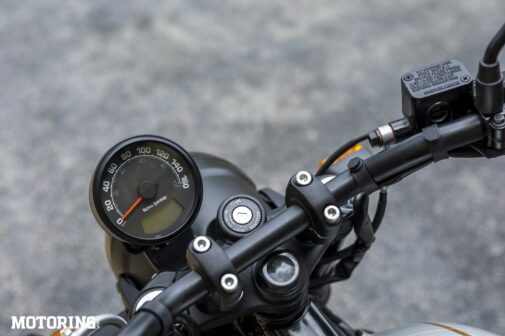 In its launch presentation, RE went to great lengths to highlight the new frame’s geometry. And after riding it on a go-kart track in Bangkok and in heavy Mumbai monsoon traffic, I can say that Pythagoras would’ve been proud. Thanks to its compact proportions and steering geometry, the Hunter flowed through gaps in traffic and corners of all kinds. It was a blend of quick steering and unruffled stability which allowed enough confidence for the throttle hand to do its thing. The stiff frame which I first met in the Meteor now made more sense than ever, even if the front and rear suspension seemed a bit discordant if I tried to manhandle the thing. However, with smoother inputs, the Hunter was more than happy to grind its ’pegs into dust. In fact, it’s almost ridiculous how easy it is to do so. 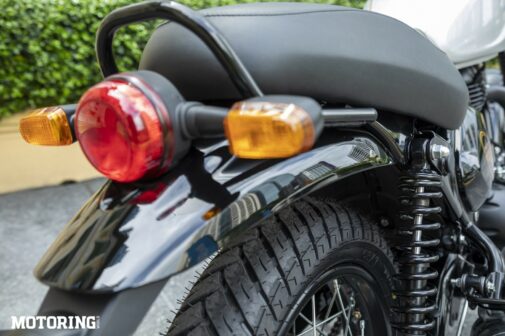 I have to mention the Ceat tyres as well, for their excellent grip, and which seem perfectly matched to the Hunter. So what could’ve been better? Well, given the Hunter’s sporty outlook, the front brake lever’s sponginess did feel a bit off. This bike is going to be ridden a lot harder than its two siblings, and it should have the kind of bite it needs and deserves. Also, the stock seat was good for about 45 minutes before my backside went numb; RE probably knows this and hence the lovely aftermarket GMA seats it’s made for the bike. The clutch lever’s feel could’ve been better as well; again, given the kind of enthusiastic riding the Hunter is meant for, sudden engagement of the clutch made it feel almost like a CVT, and I felt this on different Hunters as well. Which is why you don’t see any wheelies here. 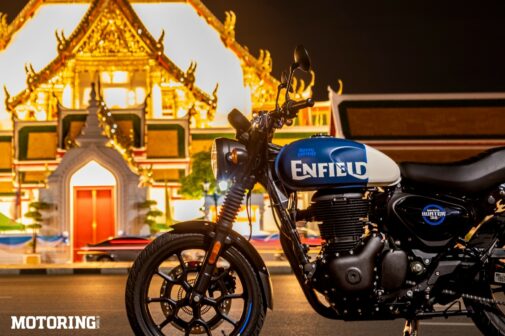 With the Hunter, RE concentrated on feel, as always, and came up with a motorcycle that strikes out beyond the normally trodden RE paths. It will make sense to the traditional RE rider, but it will appeal to many more riders than that as well. It brings a new fun interpretation of the RE 350 single for those who may think that the other RE 350s are too serious and dignified. That I’ve already called for a clubman-ish handlebar to fit on our long-termer should tell you what I think the bike can be. And that takes off from what the Hunter is right out of the box — Royal Enfield’s most fun 350 single yet.