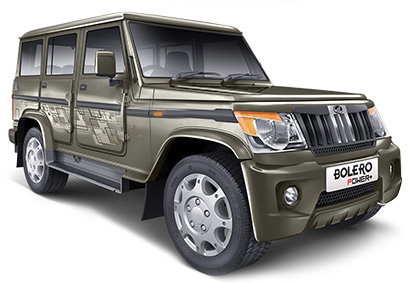 Mahindra’s rural hit, the Bolero, has been given a bit of an update. The major changes are, a new engine, and shortened bumpers, which brings the overall length of the SUV under the 4m mark, and hence allows it to enjoy the tax benefits

The variant breakup of the Bolero+ is same as that of the present range, with SLE being the base variant, climbing up through SLX and VLX, with the top end VLX getting beige interiors, faux wood, an updated music system, Mahindra’s proprietary Micro-Hybrid start stop system and a driver information readout.

Importantly, this Bolero is shorter in length than the present version, with the length dipping below the 4m mark. Coupled with the 1.5-litre engine, Mahindra has been able to avail of the tax benefits offered for such a combination, pricing the SLE variant at a very competitive Rs 6.59 lakh (ex-showroom, Navi Mumbai). This is almost a lakh cheaper than the present SLE with the 2.5-litre engine.

Although we have at times questioned the need of launching so many new products in the compact SUV space by Mahindra, the Bolero Power Plus should do well, thanks to its current popularity in the rural markets, coupled with a modern, more powerful and fuel efficient engine, all packaged at a lower price than before.