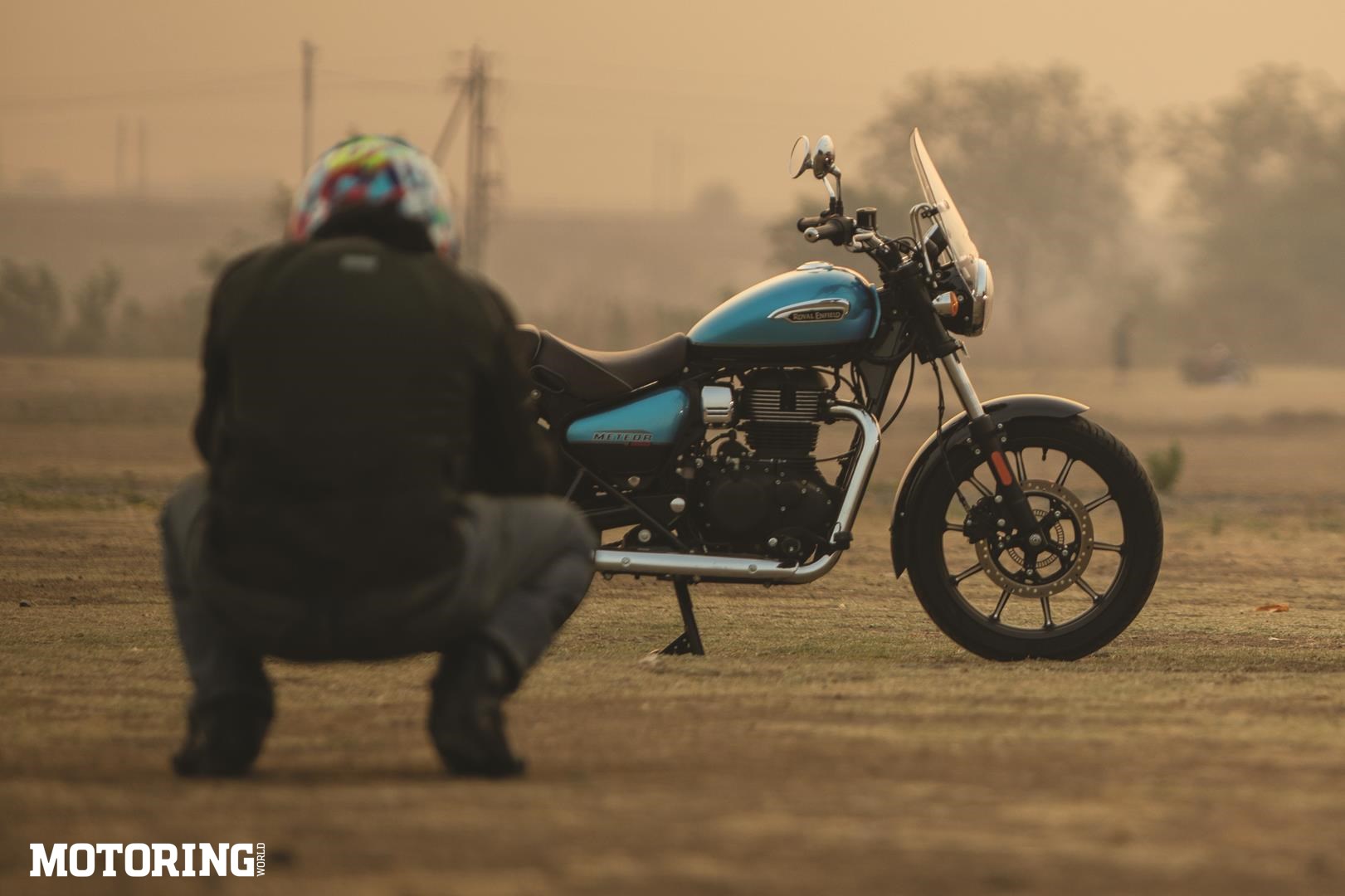 It must’ve been a funny sight for the Himalayan following me. Getting a bit carried away and trying to overtake traffic into a corner on a flyover, the Meteor and I bounced off a well-placed expansion joint and towards the outer boundary of the reducing-radius turn. I remember thinking, ‘I am looking where I want to go, but the bike and I aren’t seeing eye to eye anymore. What can I do to avoid flying over the edge and ruining an innocent motorist’s day by landing on top of them?’ Okay, it wasn’t that long a thought but a split second that carried that general sentiment.

A prolonged drag of the rear brake, a gentle nudge of the ’bar, and the Meteor aligned itself with my line of sight, sparing some hapless soul from the gravity-aided momentum of a 90-kg motoring hack. What surprised me was that there wasn’t any sense of doom to the event; it was just a situation to be dealt with, even if the Himalayan’s rider was probably left shaking. The Meteor is just so peaceful in its ways, even in the stickiest of situations. That is precisely why it’s the one motorcycle I take out for early-morning rides around town. People do yoga, I ride the Meteor.

Except for the feet-forward position, I cannot fault the Meteor at all. That’s a personal preference, though, and if you don’t mind having weight on your lower back, I doubt you’ll find a friendlier motorcycle in its class. So carefree have I been since the Meteor arrived, I haven’t even bothered to measure its fuel consumption, so you’ll have to bear with me until next time. The bike’s gotten its first service done already while it was with Janak, and the motor feels as smooth and unstressed as it did when we first got it. I’m thinking of asking RE for one of its aftermarket exhaust options for the bike, but I’m not sure if I want the Meteor’s zenlike demeanour to change. What I am sure of is that it’s not leaving my garage anytime soon.