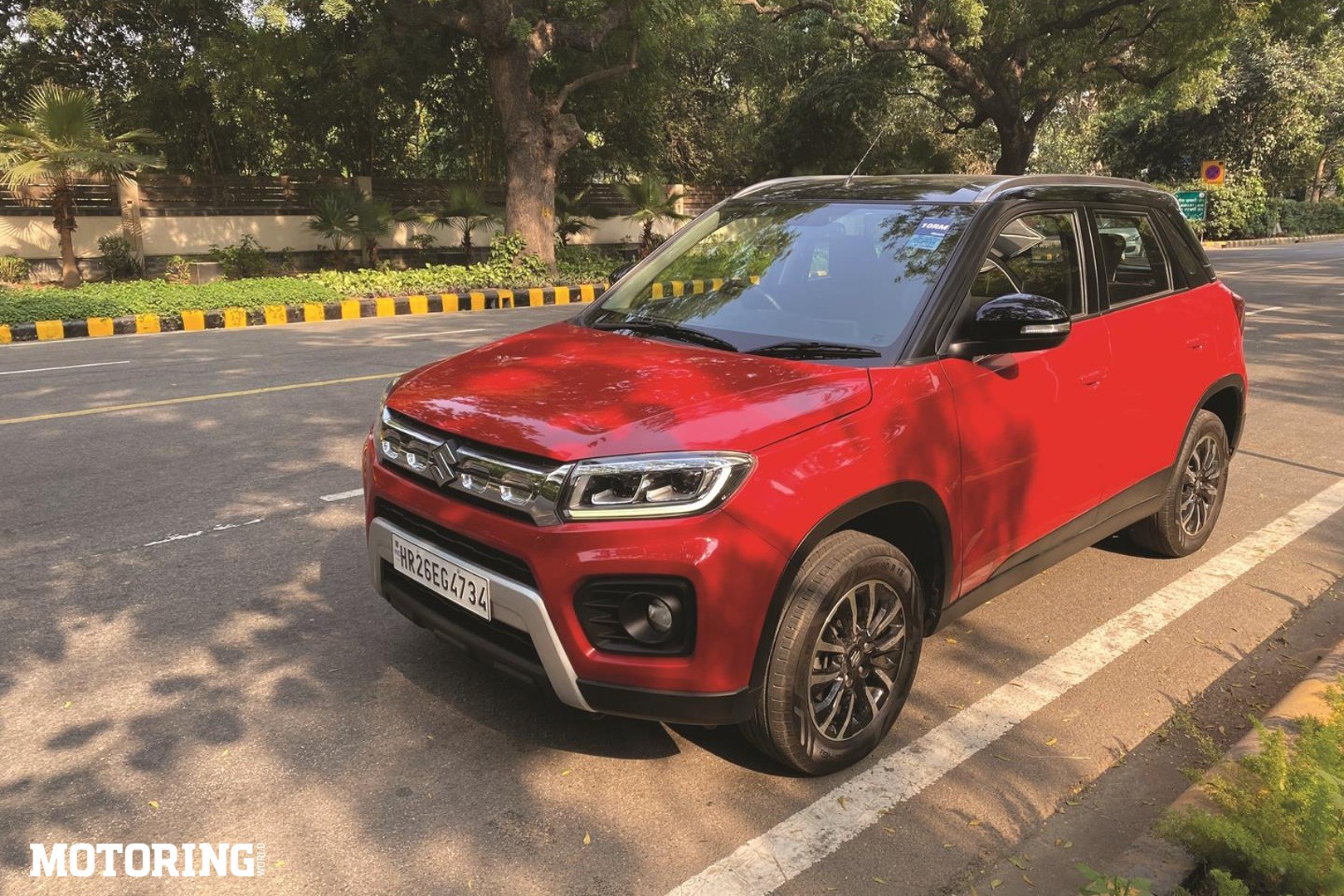 A little bit grown up and with a new petrol engine, too. The new 1.5-litre naturally aspirated petrol engine is the Brezza’s main talking point, I think. With 105 bhp at 6000 rpm and 13.8 kgm at 4400 rpm, the Brezza doesn’t have much to boast about on paper. But in the real world, it is actually pretty decent to drive. At 2500-3000 rpm, there is a nice (though slightly muted) growl to it and in everyday driving, I haven’t had any reason to complain. The 5-speed manual gearbox and the light clutch are quite easy to live with, too.

The exterior has been given a thorough LED makeover — with LED DRLs, dual-projector LED headlamps, LED fog lamps and LED tail-lamps — all working quite well to give the Brezza a more modern look. There is a new four-slat grille and some chrome, too, and this ‘sizzling red’ is one of the two new colours. Looks quite good with the dual-tone paint scheme, I feel.

On the inside, the Brezza is pretty similar to what I remember from my earlier time with the car. The dashboard is simple and functional as always, and the Smart Play Studio – Maruti’s latest touchscreen infotainment system – does its job well. The screen feels a bit small, but the touch responses are on point. Unlike its newer rivals, the Brezza cannot boast any e-SIM-based technology, but it continues to offer Apple CarPlay and Android Auto. To be honest, I don’t miss any of the connected-car features as long as Apple CarPlay works and that it does flawlessly. While the world is limping back to normal, traffic in Delhi-NCR is almost back to pre-COVID levels. This month I didn’t get much driving time with the Brezza, so here’s hoping that changes soon.