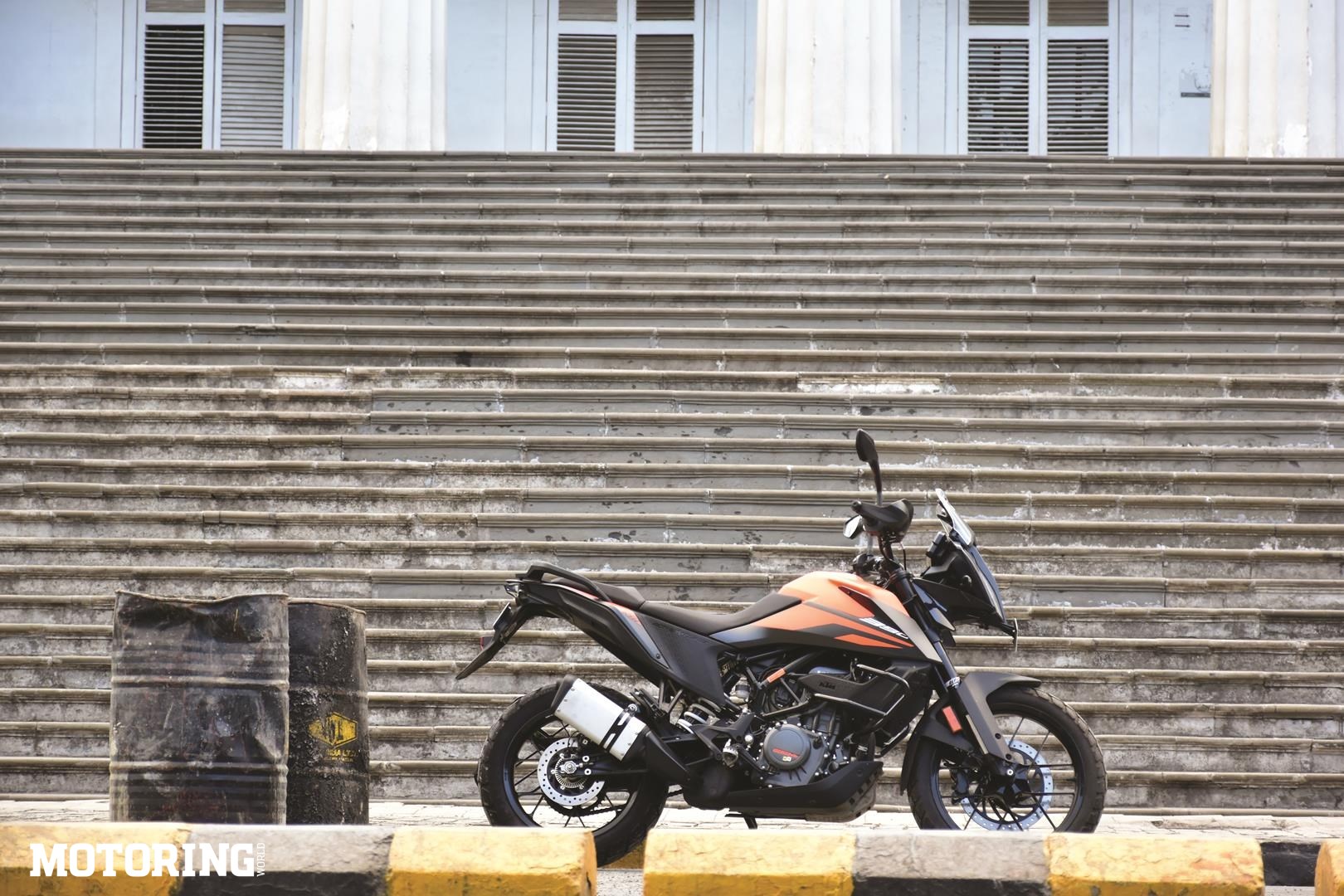 Interesting thing happened a couple of days ago. We were out for the HDT Customs shoot, which you’ve hopefully read before reaching this page, and both our bikes displayed some peculiar signs. To begin with, both bikes were woken up after a long time and their motors were a bit jerky in operation. And then both the bikes’ console screens went weird, the modded bike showing an ‘ECU failure’ warning, and my bike’s idiot lights staying on until I switched the bike off and on again. These are probably down to fuel lines and software glitches, and I have to take the bike to the service centre to find out.

Another weird thing happened, though this one was the nice kind. As soon as the bike crossed 1000 km on the odometer, it became a whole lot smoother and freer overall. I remember another 390 Adventure owner telling me the same thing. I don’t know if KTM programs the ECU to run a bit richer for the first 1000 km or if there’s a secret compartment in the motor that explodes Stefan Pierer’s blessings all over its internals, but there was a definite change in its nature. It should also explain why, after a tankful of gentle running, the bike returned only 22 kpl, certainly not what I expected. The next tankful should indicate if fuelling has indeed changed, and I expect to find out the reason at the bike’s next service, too. I also removed the saree guard, so anytime now I expect the bike to get a Gulf Racing paint job and 17-inch wheels and tyres. Fingers crossed.