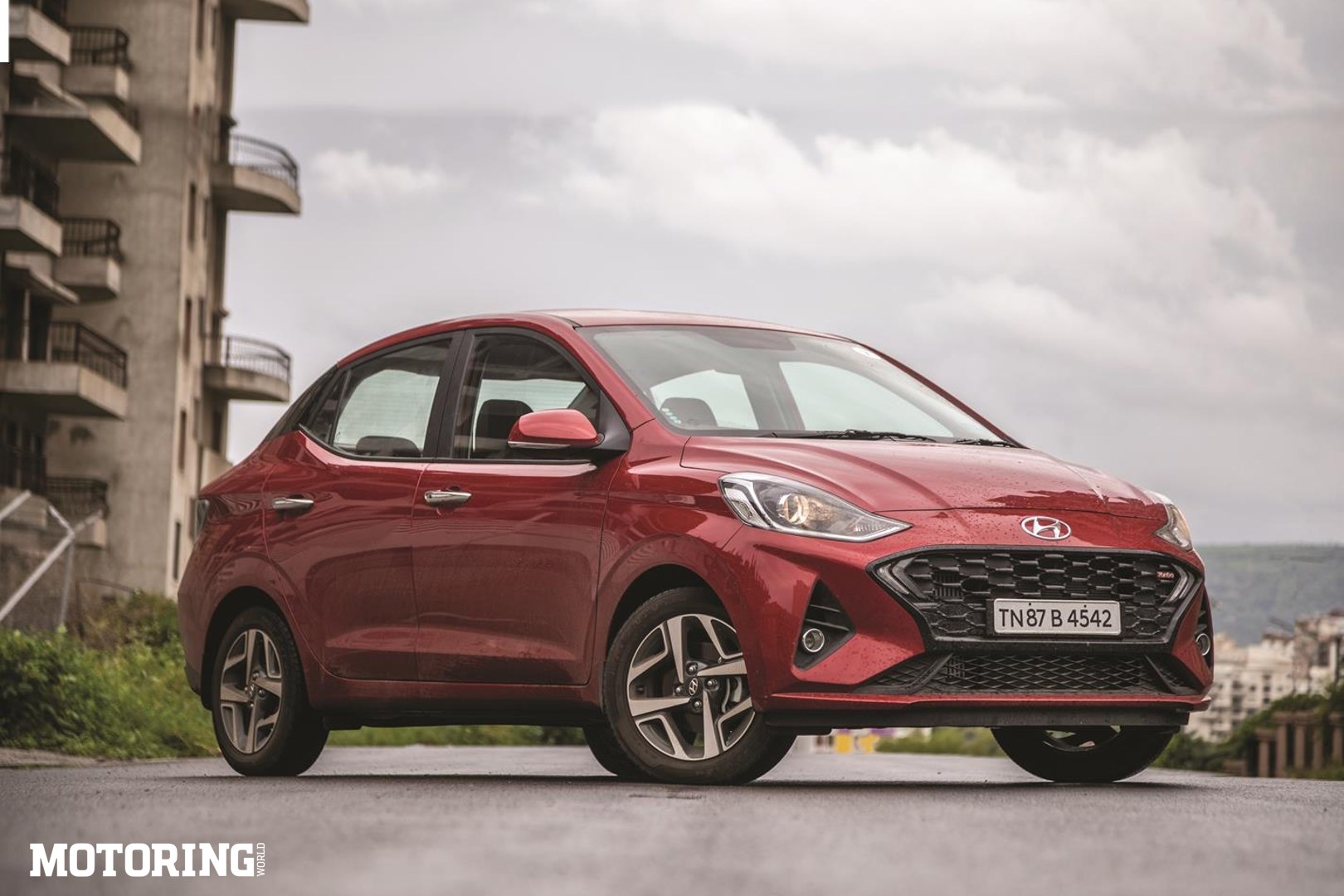 Ever since I drove the Aura in its turbo- petrol trim, I’ve daydreamt about adding it to my garage. Its 1.0-litre 98-bhp turbo-petrol engine has the slightest turbo-lag, but takes off like a proper rocket once you’re past 1500 rpm or so. There are much better handling cars in its class, but the power surge from that engine sure is addictive. Until I can get my hands on an even lighter car with this engine, this will do just fine! After spending more time with the car, I’ve come to appreciate some of the finer details of the car. The climate control knobs, for example, have red accents around them and are finished in a knurled pattern that is so satisfying to use.

As for the rest of the interior, the more I look at it, the more I wish Hyundai would at least give us the option to choose the interior scheme from the regular Aura. The gorgeous bronze accents and grey seat fabric brighten up an already roomy cabin. Over the next few months, I’m going to find out if it’s at all possible to tire of being pushed back into my seat. If I can manage to hang on to the car long enough, that is. It looks like the others in the office have similar plans, because less than a week after it entered our long-term fleet, it has changed hands thrice. I managed to steal it away from Kartik before he got too familiar with it, but only a few days into my time with it, I had to swap it with Kaizad while the S-Presso went in for a much-needed service.