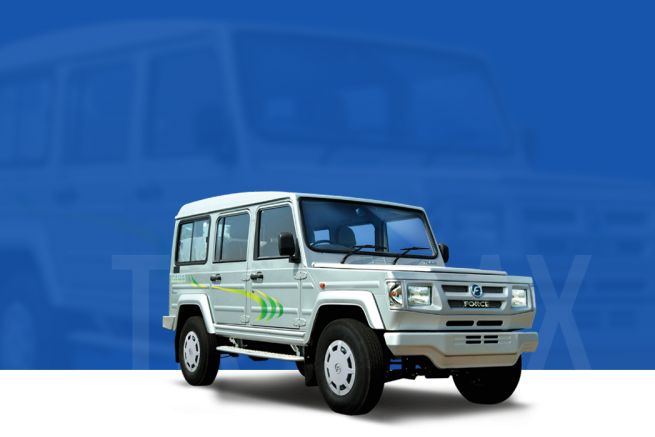 Although 2018 has been a rather up and down year for the brand, but here is no denying the Force motors has been on a growth trajectory for some years now. The Majority of this is the obvious growth of the Traveller range. Not only that, the Trump and Trax variants targeted towards load carrier application have also seen decent enough interest from the market segment buyers as well. The Traveller range continues to be the market leader in its segments with new investment made over past couple of years showing dividends. The Company also has products beyond the Traveller brand and has a rather significant presence in Agriculture and Speciality Vehicle segment as well.

Trump: the Trump 40 is Force Motor’s only offering in the 1 tonne light commercial vehicle range. It comes in two variants, a normal pickup and the other with a Hi-deck option for the loading bay, both with a rated payload of 1150 kg. For cities with tough pollution norms, Force offers the Trump 40 Hideck with a factory fitted CNG system. All three variants are powered by a 1947cc three-cylinder direct injection engine. Th diesel powered one makes 39bhp wjile the CNG powered one churns out a healthy 53bhp. Engineered to maximise its cargo carrying abilities, the Trump still does not compromise on driving comfort, high strength front rigid axle, front and rear suspension with anti-roll bars and front disc brakes.

Trax Kargo King: The Pick-Up version of the much loved and rugged Trax MUV, the Trax Kargo King has a payload rating over 1 tonne, and is aimed at those who do not wantto compromise driver comfort, while appreciating the ruggedness and the reliability of the Trax platform. It can also be ordered as a delivery van. All variants are powered by the Same Mecedes-sourced unit making 58 bhp and 160Nm. Good thing is, this rear wheel drive model gets disk brakes at both ends and a power steering to add to its show-off list.

Traveller Range: You can choose a Traveller model for each of your needs, that is just how Force has kept on expanding its bread and butter product line. However, based on the same platform, there are several list items that are same in almost all of the models and variants in this range. The most significant is the similar fascia design on all variants that has an evolved design of the iconic Traveller face. The clear headlamps, highly capable monocoque chassis, CED dip painting and the two diesel engines with 77bhp and 127bhp on tap.

The standard passenger variant Traveller can be had in four different wheelbases in the range of 3m to 4m, and a seating capacity from six to nine. Th Bigger variants, Traveller 26 and the 26 School Bus offer more seating options and the more powerful of the engine options. The all bells and whistles top end Royale variant gets air suspension, robotic welded light pressed steel body, and lap belts, AC ducts and charging points at each seat. And On the goods carrier side, the Cargo variants of the iconic Traveller range is divided in a parcel van derivative and a rigid truck.