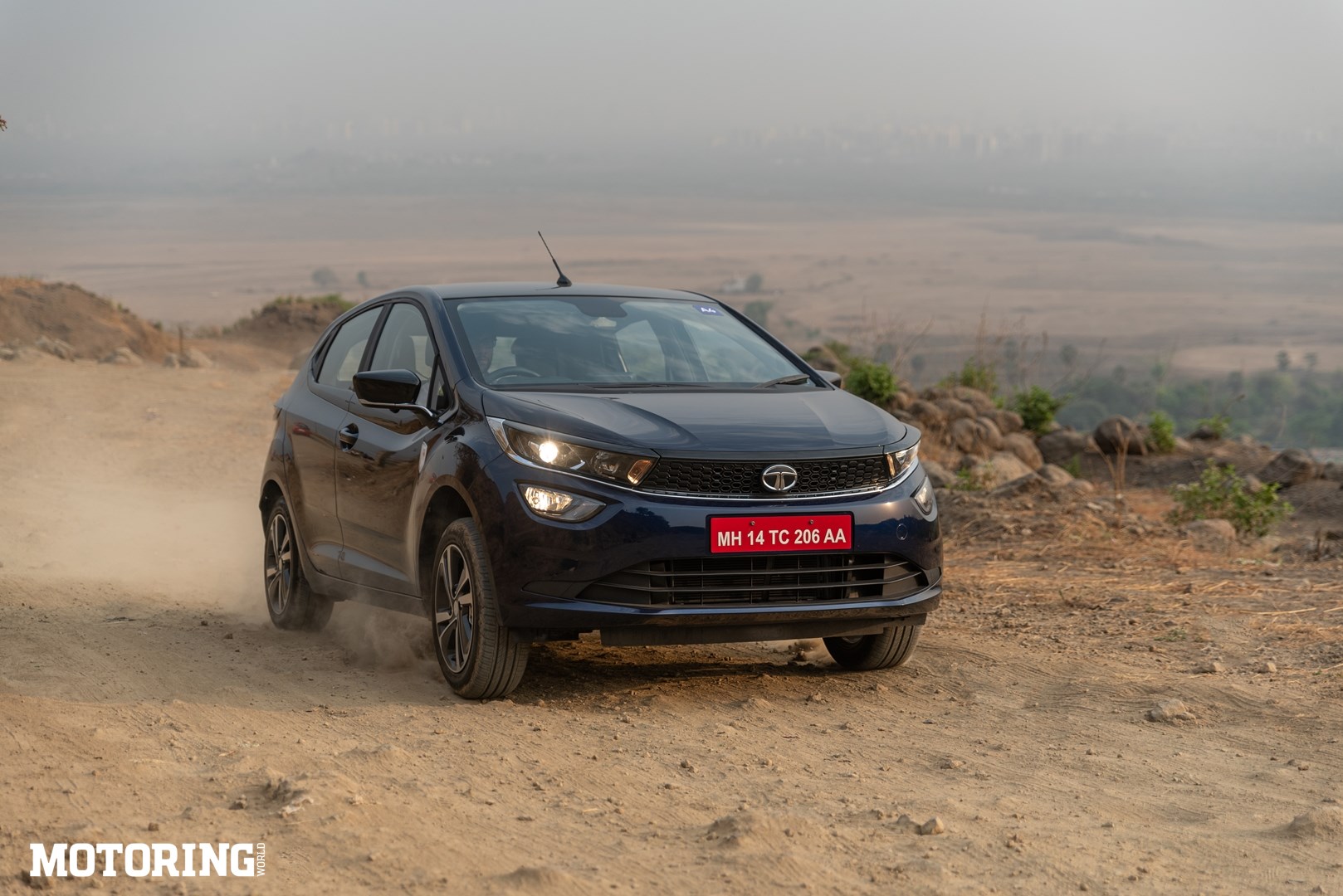 The Tata Altroz has got a rather large hole in its otherwise superb repertoire filled — the premium hatchback is now available with an automatic gearbox. Whether the aim was to be cost-efficient or a case of Tata hedging its bets on the higher-selling version, it is some dismay that I say the new six-speed dual-clutch automatic is only available with the 85-bhp 1.2-litre naturally aspirated engine. Now, the price difference between the manual and the automatic Altroz (both of the 85 bhp variety) is a quite significant Rs 1.07 lakh, so what I’m trying to ascertain is whether that premium is worth it. 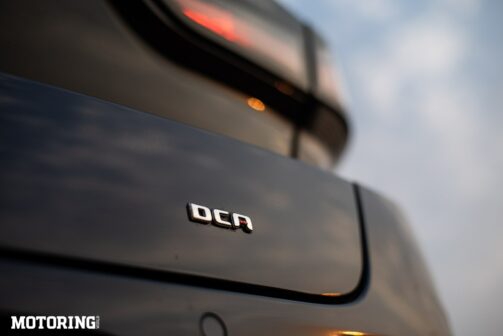 Let’s dive into just how proficient India’s most affordable dual-clutch unit is. I could barely feel the usual hint of hesitancy when setting off from a standstill that exists in a dual-clutch unit, which bodes well for stop-go traffic conditions. The six-speed unit doesn’t do the creep forward movement you’d associate with AMTs or torque convertors as successfully, but, unlike some of its ilk, it isn’t jerky. Upshifts for this dual-clutch are near-VW Group levels, which is to say almost imperceptible and downright quick. Downshifts are also quite smooth, but even more so when it has to shift from an odd gear to an even one, or vice versa. I put the overall speed and silkiness down to the shift-by-wire tech used. 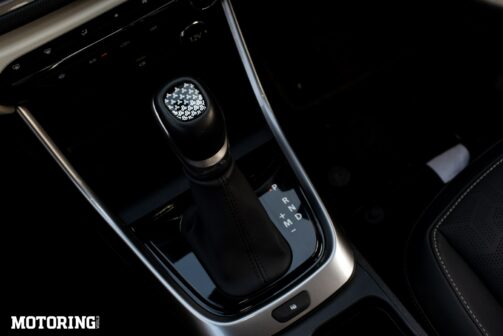 It’s only thanks to the gearbox that this version of the Altroz is now something of an entertainer in a straight line. The gruff three-cylinder engine is relatively more muted than when it does duty in the Tiago, Tigor and Punch, and it has the same bottom-heavy characteristic. This is what, perhaps, helps the Altroz DCA move with alacrity from standstill. It also means that there’s no reward for downshifting aggressively, beyond a throaty, typically three-pot exhaust note. I have to admit, multiple runs of relatively hard-wearing cornering for a spectacular wheel-up shot didn’t seem to faze the gearbox in the least. 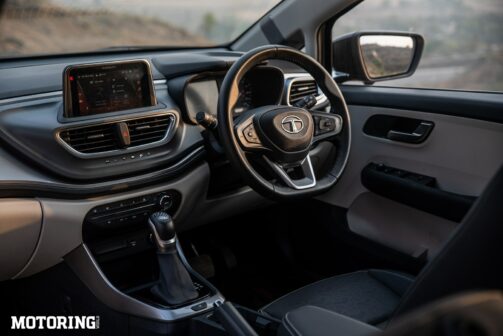 Tata says they’ve used a wet clutch and active cooling technology to ensure that you can consistently extract the best performance out of the gearbox, whether you’re in hot stop-go traffic or sprinting down a dusty, desert road. Based on the relatively short, but animated drive, I’m likely to agree all of this works quite well, though I’ll need to see for myself at some point. I would like to say that paddle shifters would have enhanced the manual mode, but honestly, with this engine, it would be a waste, and translate to unnecessarily high costs — something Tata is actively trying to avoid. 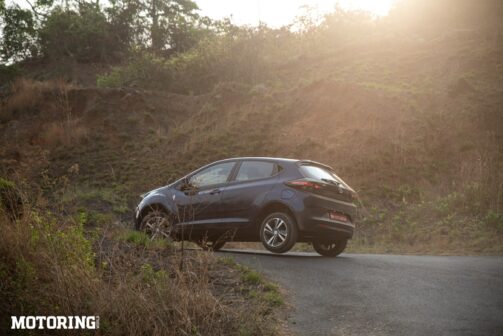 It must be said that taking on a set of twisties is more fun now, thanks to the slicker gearbox. Use the gear lever to shift and you get a much smoother response than the five-speed manual the Altroz also employs. This definitely adds to the already excellent handling attributes the Tata’s premium hatch has, which makes me feel even more dejected about the lack of a more powerful engine. The 20kg increase in weight hasn’t changed how stable the car feels at high speeds, or how well it rounds off sharp creases in the road found commonly in urban areas. Although the tyre width may have reduced by 10 mm, the tyre wall is as thick, ensuring low-speed side quality is more than decent. 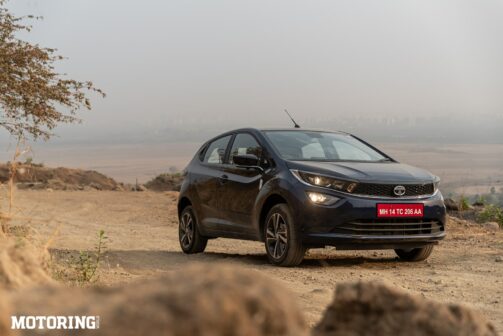 There’s very little on the Altroz DCA that has changed compared to the manual version, both outside and in. It’s only if you go through it with a fine-tooth comb that you’ll see that Tata has added a tasteful DCA badge on the boot, and subtle bits of chrome above the headlights and on the outside rear view mirror, which injects an upmarket look, and contrasts well with the new ‘Opera Blue’ finish. The latter two changes are also available on the manual version now, too. 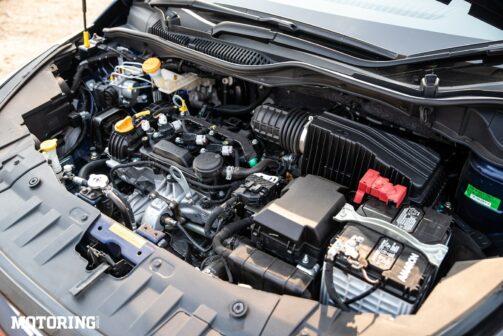 Other than the gear lever (which gets the same tri-arrow design elements as the manual), and the placement of the central locking button (it’s moved from the centre console to near the gear), the Altroz DCA’s interior is also identical to the now, mildly updated manual car. Even the features list — which includes a 7.0-inch touchscreen infotainment system, connected car tech, a 7.0-inch part-digital instrument cluster, keyless entry and go, automatic climate control, and automatic headlights and wipers on the top-spec XZA+ variant — is indistinguishable. All this really makes me wonder why Tata hasn’t offered the identically-specced iTurbo with the new gearbox. 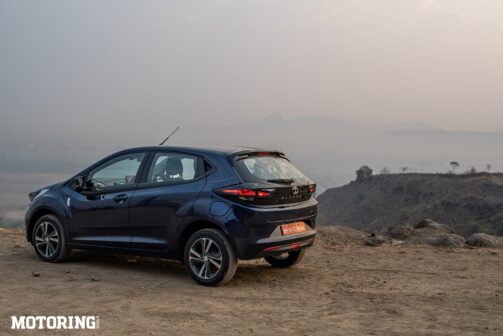 I recognise there are challenges — from cost to engineering — to introducing the dual-clutch gearbox on the Altroz iTurbo. Even a conservative Rs 1.2 lakh increase in price would mean the go-faster version would cost a potential Rs 9.3-10.3 lakh, ex-showroom, India. To put it in perspective, that would make it Rs 70,000 dearer than the current Altroz DCA. On the other hand, people are shelling out between Rs 10.81 lakh and Rs 11.49 lakh, ex-showroom, Delhi, for the Hyundai i20 with the turbo-petrol engine and the DCT gearbox, so why not?