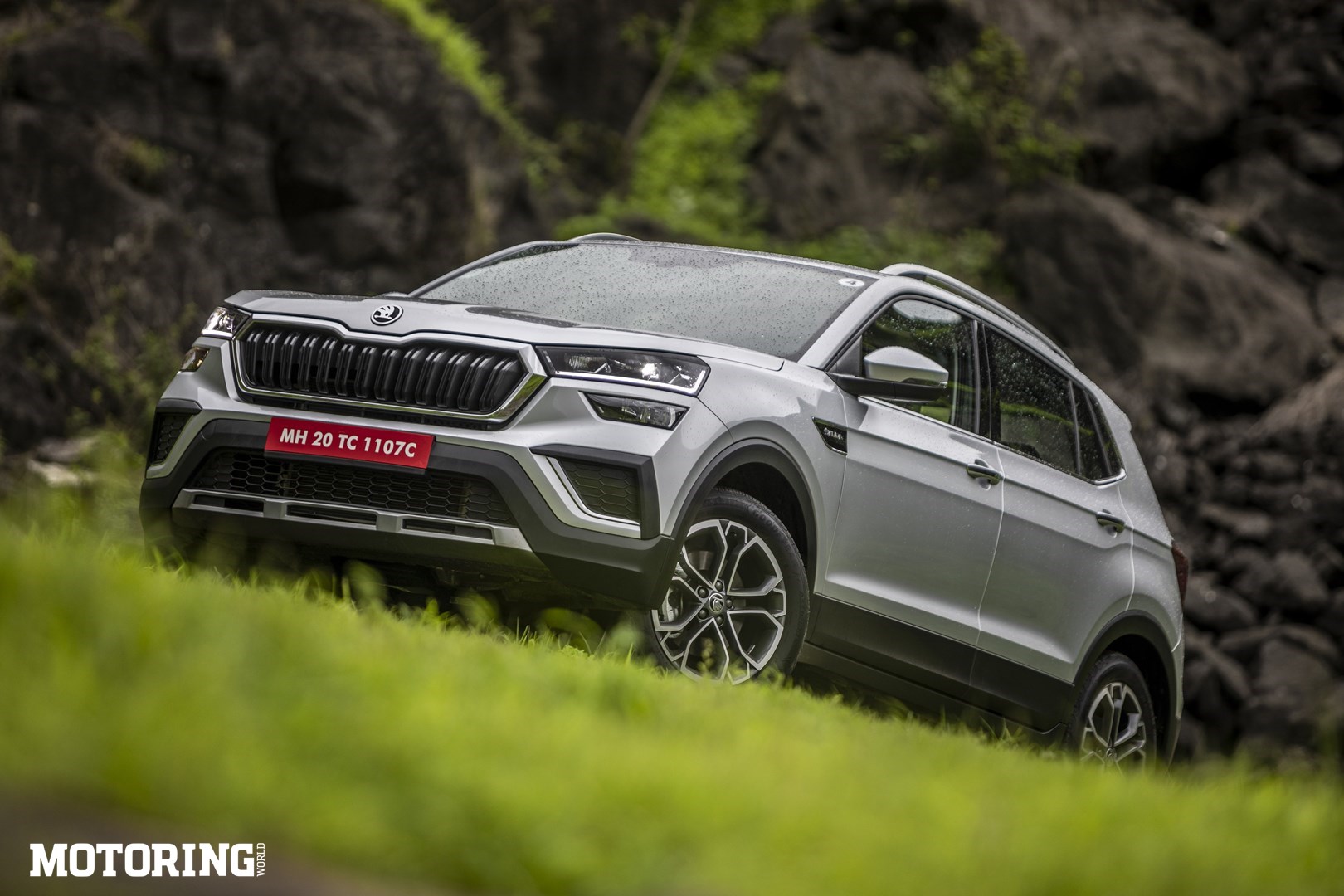 What is the Skoda Kushaq?

To say that the Kushaq is a make or break model for Skoda wouldn’t be out of the ballpark. As we found out when we drove the pre-production Kushaq, the SUV’s name is derived from the Sanskrit word ‘kushak’, which means ‘emperor’. The name underlines the focus on the Indian market. This is, after all, Skoda’s first made-in-India and made-for-India model.

With the Kushaq, the Czech brand is entering the lucrative and hotly contested mid-size SUV segment for the first time. Which means the Kushaq will contend against the likes of the Hyundai Creta, Kia Seltos, Nissan Kicks, Renault Duster and Maruti Suzuki S-Cross. Skoda’s mid-size SUV even targets larger five-seat SUVs such as the Tata Harrier and MG Hector.

So does the Kushaq have what it takes to make a mark in this segment? We drive the range-topping Style variant with the 1.5-litre TSI engine and dual-clutch automatic gearbox to find out.

The Vision IN concept SUV displayed at Auto Expo 2020 provided a good idea of the production-spec Kushaq as Skoda says 80 per cent of the design has been retained. The big, bold Skoda family grille is flanked by LED lights in a dual-headlamp setup. The faux intakes on either side of the front bumper look less than nice in person, though they do add to the overall physique of the nose.

The front and rear overhangs are rather short; compared to its rivals, the Kushaq has the shortest overall length at 4225 mm. The wheels really look like they’ve been pushed to the furthest edges and this accentuates the long 2651-mm-long wheelbase, which is incidentally one of the longest among its rivals. The 155-mm (laden) ground clearance, beefy wheel arches and contours along the doors provide the proper SUV stance that Indian buyers will like and the 17-inch alloy wheels look good, too.

The C-shaped wraparound LED tail-lights are attractive and a chrome strip below the number plate adds to the feeling of width. A silver bash plate on the rear bumper adds to the muscular design. Skoda has ensured the Kushaq will find its share of fans, as there are no over-the-top elements that could polarise opinion.

What is the Skoda Kushaq like on the inside?

The Kushaq’s two-tone interior colour scheme and symmetrical dashboard layout are tasteful and material quality is good, if not great. However, some soft-touch materials on the dash would have added a dose of premiumness to the cabin. On the other hand, the plastics used on the inside have a hard-wearing and durable feel to them.

The ventilated front seats are well-bolstered and adjusting to find a good driving position is easy enough. The front centre armrest is also adjustable, which helps tremendously. The view out the front is excellent, though the thick A-pillar does create a blind spot. A slick 10-inch infotainment touchscreen sits on top of the centre console and is within easy reach, though the slider buttons for the climate control system below require you to take your eyes off the road.

Moving to the rear seats, there’s a great sense of space, thanks in part to the long wheelbase. Legroom and headroom are far more than adequate and the seats are comfortable, too. Although the transmission tunnel is relatively flat, space for three abreast is not the Kushaq’s strong point.

The Kushaq’s 385-litre boot is the smallest among its competition, but there’s enough space for a few large bags and the rear seats can split and fold in a 60:40 ratio to liberate even more cargo space. There are plenty of quite useful storage areas and cubbies all around the cabin, most of which get a rubber strip or a non-slip bottom to hold things in place.

What equipment does it get?

Skoda has given the Kushaq a long enough list of equipment so that it isn’t overshadowed by its typically well-equipped Korean rivals. While ABS and ESC are standard across the range, the top-spec Kushaq Style trim boasts six airbags, hill-start assist, rollover mitigation, EBD, traction control and an e-diff. Isofix child seat anchors, auto headlights and wipers, a tyre pressure monitor and a multi-collision brake system are also on offer. The rear view camera has a rather low-resolution display and details are blurry.

Skoda’s ‘Virtual Cockpit’ digital instrument cluster is not available on the Kushaq, yet. Sources say it’ll come on a sportier variant somewhere down the line (likely in time for the end of the year festive season), though there’s no confirmation from the Czech brand. Instead, Skoda’s mid-size SUV has a large black and white multi-info display between the analogue dials.

The two-spoke steering wheel unit, with buttons for the cruise control and infotainment, is borrowed from the Octavia and although its look may not attract everyone, there’s no doubt of its ease of use. Wireless charging and two USB C ports are available at the front, along with a 12V charging socket.

Ambient lighting helps to uplift the cabin and the manually-operated sunroof further increases the sense of space. Rear passengers get two USB C ports and AC vents too.

The Kushaq is offered with a tweaked version of the current Skoda Rapid’s 1.0-litre inline-three turbocharged petrol engine and a 1.5-litre inline-four turbo-petrol unit. Our drive in the prototype Kushaq showed that the smaller unit (which develops 114 bhp and 18.15 kgm) is the livelier of the two, but the larger 148-bhp unit is no slouch either. Both engines get a 6-speed manual gearbox as standard, though the 1.0-litre unit has a 6-speed torque convertor automatic, while the 1.5-litre one gets a 7-speed dual-clutch auto option.

A short drive in the stronger of the two engines in automatic form showed that acceleration is brisk if not outright sporty and the Kushaq 1.5 TSI may even be the quickest in its class. The dual-clutch unit, which transmits power to the front wheels only, is among the better of its kind and is slicker and better tuned than the dual-clutch gearboxes found on the Seltos and Creta. It holds the gear well on slopes and shifts cogs swiftly and seamlessly, barring a slight hesitation when aggressive downshifts are called for.

What is probably the best part of the Kushaq is its excellent ride and handling setup. The Kushaq outstrips its competition in this arena and almost feels like a hatchback rather than an SUV. You may hear the suspension working over some of the rougher patches of road, but the Kushaq smothers bad roads with a great degree of confidence. The way it goes around corners is entertaining, too, and there’s no doubt in my mind that the Skoda will be the most fun-to-drive mid-size SUV, at least until its cousin, the Volkswagen Taigun, arrives.

It’s almost a shame the brakes fall short in what is otherwise a supremely dynamic package. Bite is good, but the lack of rear disc brakes means shedding speed takes longer than it should.

The Kushaq 1.5L TSI debuts a segment-first cylinder deactivation system that helps improve fuel economy. It shuts down two of the four cylinders while coasting at anything above 30 kph and works seamlessly. The auto start-stop function will also benefit those mileage numbers.

Should I buy the Skoda Kushaq?

If you’re in the market for a fun-to-drive mid-size SUV that is mechanically sound, exudes a sense of durability and doesn’t skimp on features, the Skoda Kushaq may just be the best pick for you. 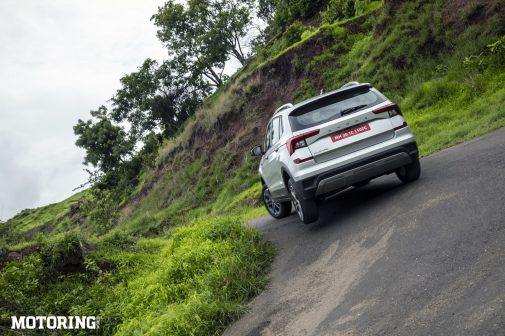 Sure it lacks some of the premiumness and luxury that its two primary rivals get, but that should not detract from what is a well-rounded package. Skoda has priced the Kushaq quite competitively as well. The mid-size SUV’s price starts at Rs 10.50 lakh, ex-showroom, India and goes up to Rs 17.60 lakh for the top-spec Style 1.5 TSI DSG. Which means the Hyundai Creta petrol (Rs 10.00-17.71 lakh) and the Kia Seltos petrol (Rs 9.95-17.44 lakh) better watch out.