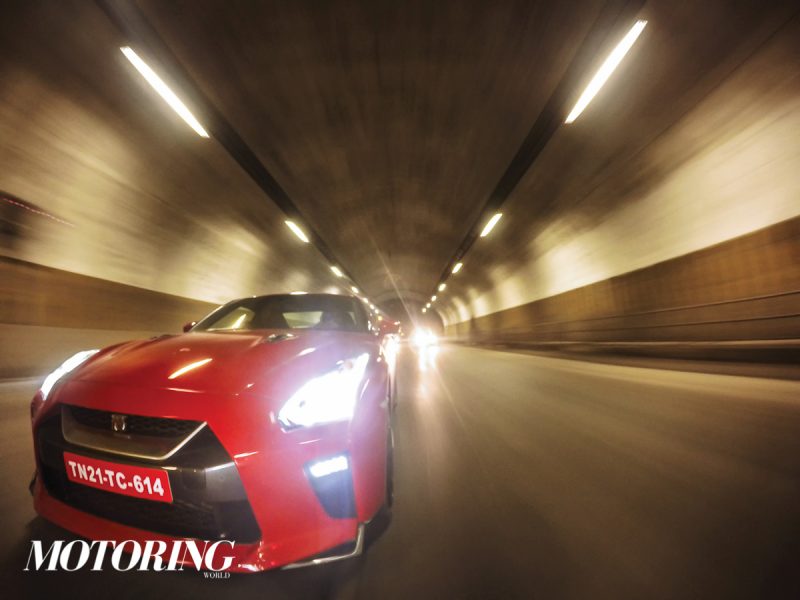 A round five metres behind, the carnal act was evident. The tiny, rectangular reflection on my right showed flashes of impatient light, urging and egging me on to slow down and back the traffic up. Every instinct requested me to oblige, to give in to the seemingly redundant yet stupidly enticing act, and to be honest the urge to go along with the juvenility of a dash through the streets of a semi-crowded road with the aim of winning nothing in particular except for a shred of misplaced pride was, well, it was oddly appealing. That’s where it all began.

We do it, at times, for all the wrong reasons. As I looked at my co-passenger, there was a sense of exasperation coming across from her eyes. She’d been there on numerous occasions with me when something similar had happened. Curiously, though, she never once worded that feeling. If anything, she kept her angst to herself and feigned encouragement when placed with my request for approval. I knew better than to allow myself the indulgence of pretending to not know how she feels but I somehow always went through with it regardless. It didn’t matter as long as I got to prove myself. To whom? Nobody knows, not least of all the idiot in my rear-view mirror who’d drive off with a finger in the air if I’d won. But the reality of the situation was that the restlessness gave rise to a distinct urge to tell the world that I’m worth it.

On this night, two worlds seemed to collide because I was in a Nissan GT-R. It’s the automotive equivalent of a computer strapped on to a rocket or nine, and you can’t help but think of it as a soul-less interpretation of manic speed. When the GT-R was a little kid, it would always run around trying to keep up with the more experienced lot, always snapping at their heels and asking to be given a chance. It made all the right noises and did what everyone always could, but there was a piece missing. Little did it know that the rest picked up on that and dismissed the GT-R as a no-show; deemed it unfit for its drawback. You can’t help but feel for it. Isn’t that the way we handle things? Sit back and feel empathy at the misfortune of a thing?

Of course, the beauty of evolution is that needless attributes give way for the things we really want to live with, but I had a feeling, looking at the irreverance that was being radiated by her, that this particular need to ‘stick it to the man’, whoever he may be at the point, wasn’t going to detach itself anytime soon. I’m hardly able to predict the future, but the writing was there on the wall. It’s the empty, shallow glee you feel when you momentarily think you’ve made a point, stuck it to the person you were up against, or simply just proved yourself right. It’s hardly ever anything more than just a fleeting moment of contentment before you’re back hunting, waiting for the next challenge to prove yourself.

She looked over. We’d done it. We’d backed traffic enough to have a solid go at this. The route was routine. A straight dash for a few kilometres until the road forced you right, then a slalom, followed by a hard right U-turn around a circle, follow the slalom again, swerve to the left to avoid the roadworks, make a full left and onto the home stretch. Her eyes gleamed bright in the dark of the night, betraying what she actually felt, and that was it. We’d set off.

Contrary to what most believe, the mind during this entire escapade isn’t focussed solely on the outcome. It’s a bustle of ‘what if’s and ‘don’t look back’s. It’s littered with doubt. It’s uncharacteristically hopeful. It’s even partially sadistic. ‘What are you even doing? Give it a little more gas around that bend and you’ll crash, you know that? And right about now would be an ideal time to showboat by yanking that handbrake you hardly know how to use.’ And even as you hear that rev note sing past 7000 rpm, you entertain nothing but thoughts of seeing what you’ve started through. A victory would be ideal, you tell yourself. Just this one victory and then I’m through. I’ll have nothing to prove to anyone because they’ll all know, and they’ll all recognise what they’ve been missing out on so far.

But it never is that easy, is it? It’s the juvenile that does the talking in this bit. Our capacity to appreciate greatness is unending, but only for a while. It’s that little hard truth that we never learn and accept. The victory that we think will enable us to show ourselves to the world will be remembered momentarily, until someone else gets in and does the same job, but better. And that will only be followed up by another who does it even better.

For some who accept the truth, there’s still the feeling that that’s all worth it, even if it’s just a triumph that’s momentary. The R35 GT-R feels a lot like it’s stuck in that temporary bliss. Ask anyone who’s driven it and they’ll be quick to tell you that the madness isn’t hyped. That the 500+ bhp that it makes is indeed as brutal as it sounds, and that the GT-R will leave the others in a trail of smugness and self-proclaimed righteousness. And I agree. It absolutely is a phenomenal car that will make even the most mediocre of us look exceptional. It’s magical in that sense.

All-wheel drive and launch control are two ballistic allies that will help you off the line quicker than most, barring a Barak 8 surface-to-air missile. Chancing upon one of those is about as likely as getting Emilia Clarke to tuck you into bed, though, so you can be safe in the knowledge that you’re far and away the quickest. The GT-R is a landmark. It’s the perfect riposte to the lurid exclamations of the established arena. Over the years, it’s prided itself on clever machinery doing the talking for it while the rest stand by and pretend to notice. It’s funny in a sense. You come armed to the fight and give it everything, and when things seemingly go your way, you’re told off for being ‘soul-less’ and ‘too much like a machine’. It’s the momentary bliss I referred to.

When does it all end, then? It’s a fight that few have learned how to win. It manifests itself in the oddest of places at times, and the only surety is that it rarely, if ever ceases to be a thorn in anyone’s side. There are people who are happy living with the knowledge that they’ll never reach the end of the rainbow, where you simply don’t have to justify your thoughts and be critiqued for everything. For them, it’s simply the way things are; the constant in a time when change is apparently the only inevitability. Maybe things do get better but most, including me, don’t have the gift of prophecy. For us, it’s a matter of making do with what we have and living with faults, no matter how harmful they are. They might come under attack but we evolve and learn how to defend it eventually. The GT-R’s a prime example. It’s been given enough praise, and it’s also been chastised for not being enough of a character, but it’s using that to its advantage now. It’s allowing itself to be okay telling people that it’s a no-nonsense mechanical affair that will make you look seriously good on most days. On the days when it can’t do it well enough, it’s understood that there’s another day to reclaim its pride. The GT-R is a life lesson in how to fight through the pain and come out tops. I’d like to believe the fellow I just absolutely demolished in that race who drove off with his finger in the air grudgingly agrees. All I have to do now is figure out a way to make her see my side of things…