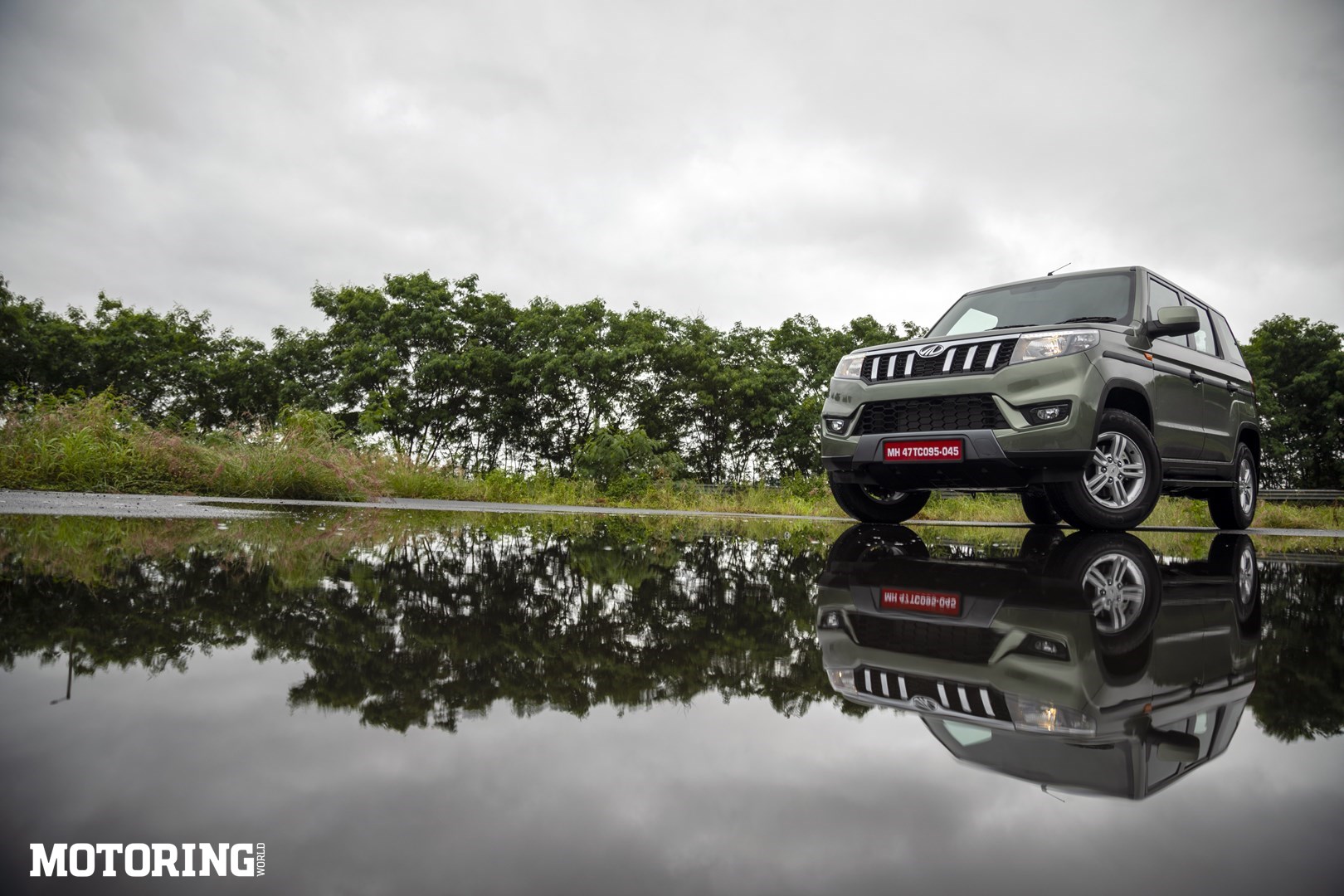 At first glance, the Mahindra Bolero Neo seems to be naught but a much-needed and long-awaited facelift for the TUV300. The ladder-frame-based compact SUV was discontinued in April 2020 due to the lack of a BS6-compliant engine. Delayed though it may be, the refreshed sub-four-metre SUV has finally launched with significant design changes, a BS6 engine, more equipment and, most importantly a new name.

Mahindra has opted to add this SUV to its popular Bolero line-up, hoping that the nameplate will draw buyers. It’s got the design to match those aspirations too. Typical Bolero styling cues such as the boxy silhouette, the grille, the X-shaped motifs at the front and rear, and the black strip running from the front to the rear below the shoulderline can be seen.

The Mahindra Bolero Neo targets a new generation of Indians — those who are in the market for a compact yet durable SUV that’s able to take on terrain that other compact SUVs can’t. Unlike the bevy of monocoque-based compact SUVs currently on sale, the Neo is based on the same ladder-frame chassis as the hardy Scorpio and Mahindra’s off-road specialist, the Thar. In addition, it’s also the only model in its segment to boast a rear-wheel-drive setup. Further, the range-topping N10 (O) variant I drove comes with a mechanical locking diff that Mahindra calls Multi Terrain Technology (MTT), underlining its capabilities.

In essence, the Neo is for those who want a more modern and feature-rich iteration of the Bolero. Essential kit such as a 7-inch infotainment touchscreen, Bluetooth connectivity, cruise control, steering-mounted controls, powered ORVMs and the like are on offer. Individual armrests for the front passengers are a nice touch. Safety equipment is slightly under par for the course with two airbags, ISOFIX anchors and rear parking sensors on offer.

Although prices for the Mahindra Bolero Neo N10 (O) have yet to be announced, for now, the range is priced between Rs 8.48-9.99 lakh, ex-showroom, Delhi, which puts it in direct contention with the other nine compact SUVs on offer in the country.

For a ladder-frame SUV, the Bolero Neo’s handling is surprisingly well-sorted. Yes, there is body roll, as is expected, but the suspension doesn’t wallow when quick direction changes are called for. The decently feelsome multi-function steering unit lets you know where the wheels are pointed and is direct enough besides. As long as you don’t expect the Neo to display the same level of dynamism as the Mahindra XUV300, you definitely won’t be disappointed.

Where the Bolero Neo excels is off the beaten path. A makeshift rough road test track was an excellent proving ground for the compact SUV. It showcased its articulation, ability to traverse stoney paths in relative comfort, go over major undulations without a fuss, and even kick the tail out over gravel.

The Bolero Neo is powered by a  BS6-compliant version of Mahindra’s mHawk100 diesel engine. This 1.5-litre 3-cylinder engine develops 100 bhp and 26.5 kgm of torque, and comes paired to a 5-speed manual gearbox. Again, compared to the XUV300’s torquey 115-bhp and 30.59-kgm, 1.5-litre diesel engine, the Bolero Neo’s unit may seem underpowered. It’s not particularly quick, but then it’s not meant to perform 0-100 kph sprints. Refinement isn’t much to write home about, but then it does feel like a Bolero in that context.

It delivers good low-end grunt and reaching triple digit speeds is easy enough. However, that’s not the case when the Eco mode is engaged — this fuel-saving measure limits the power and torque sent to the rear wheels and doesn’t allow the tacho needle to rise above the 3500 rpm mark. Most will have no issues with the Neo when the standard mode is engaged.

The Neo is also the only manual compact SUV to come with engine start-stop tech to maximise mileage, though it isn’t the most seamless of experiences. One out of ten times, the system doesn’t engage and requires the driver to turn the ignition key to restart the car.

On the road, the Mahindra Bolero Neo doesn’t really come across as fun; it falls more into competent territory. However, taken off-road, the compact SUV does deliver on the fun factor. The mechanical locking differential kicks in a bit hard, but then you know it’s doing its job effectively. For what it is, the Neo is quite a capable and durable machine, which helps it live up to the Bolero name.