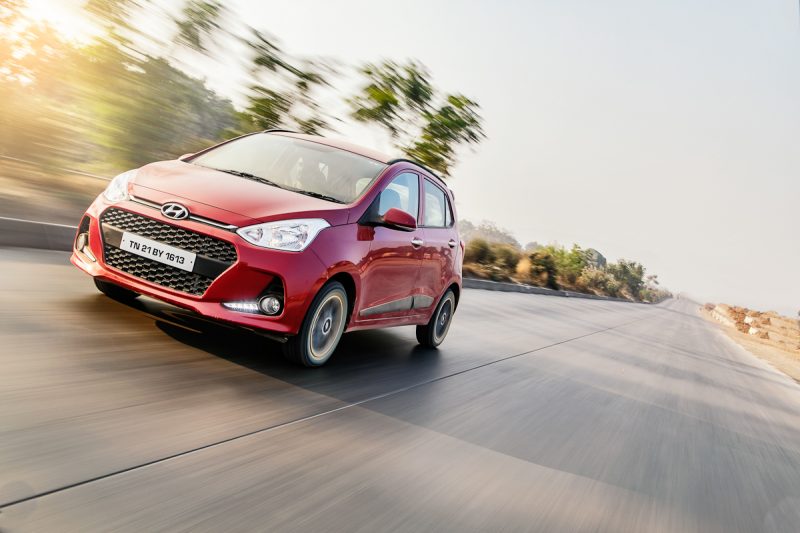 There’s a thing about repetition that’s absolutely distasteful. While it breeds familiarity, and there are people that revel in that sort of thing, the only emotion it stirs in me is that of annoyance. Where I’m going with this is that the other day, someone leaned over and asked me which car he should buy.

Now, you should know that said person is a stranger, so I know as much about him as you know of Morgan Freeman’s bowel movements. But a friend had tipped him off that I might be in the know of these things called cars and how they work. Goodness knows where he got that idea. This happens frequently. How am I to advise on a sizeable investment without even knowing the basic details? They always give me an incredulous look when I simply suggest the Hyundai Grand i10.

And why not? It’s got five doors, comfortable chairs to sit in, and it’s easy to drive. That’s about the best recommendation I can give to someone when all I know about him is that he’s not a rapist. If he is, then the Hyundai Elantra’s wider rear seat would make more sense. Anyway, the Grand i10 you see on these pages gets even more goodness than the previous one since Hyundai has fitted it with what I like to call the makes-no-difference pack. So there are LED DRLs at the front, the alloy wheels look different and the rear bumper is new as well, although I have to admit that the previous one seemed like it did the job well enough. There’s also been a flood of complaints about the old car’s inability to pick up radio frequencies with quite the consummate ease that befalls Piers Morgan while stuffing his foot in his mouth, so Hyundai’s elongated the roof antenna. That’s putting consumer advice to good use, that is.

What I believe merits talking about the most, though, is the new 1.2-litre U2 diesel engine. While it sounds nothing like the band it shares its name with, this little diesel is really quite up to the task. If he cared enough, I’m sure Bono would approve. The three cylinders remain, but power is up ever so slightly, as is the displacement. What it means to you, dear man-who-doesn’t-know-me-but-asks-for-advice-anyway, is that the new Grand i10 is slightly more difficult to drive. On paper, that is. You see, the new engine makes its peak torque for only 500 revs compared to the previous car’s 1250 revs. The difference it actually makes is negligible. It feels as fun to drive, if not more, and it’s a heck of a lot of fun when there’s low traction, too, as you can see in the picture. Then again, most Hyundais are. That’s why I love them. Get the car running and there’s very little of that annoying vibration that cars with three cylinders suffer from. There’s quite a bit of pulling power, close to 20 kgm, in fact, which is up a few torques from the previous one, and the accompaniments also seem well up to the task of getting you around with a decent amount of vigour. By that I mean the pedals are light, the steering is heavy enough to not seem like it’s connected to air, and the gear throws are smooth. I do believe this car is highly underrated. It deserves a round of applause every time you see it. I even rammed it into a few potholes to allow myself to feel like one of those road-testers (horribly misleading title, I feel, considering there’s no actual test conducted of the road itself) with a sense of purpose. What I came to understand by this test is that the Grand i10 conducted itself very well, much like what a car with a suspension would be able to. I believe that’s what suspensions are intended to do.

Anyway, I hope you understand that the Grand i10 is a lovely little car. You could fault it with not much at all, except for the fact that it has the word ‘Grand’ in its name, which I feel is a bit tacky. Hyundai has even been considerate enough to disable the LED DRLs when the handbrake is up. This, I believe, is to not blind onlookers when you decide to powerslide past a corner. How thoughtful. Aside from that, the new-for-2017 Grand i10 livens up the in-car experience by adding a touch-sensitive infotainment screen that has a reversing camera, and there’s even auto climate control. Your needs cannot be dealt with better, really. If you find someone complaining about the fact that it doesn’t lock the doors itself once you start driving, please do scrawl ‘I’m Lazy’ across his forehead with a permanent marker.

The price for this wholesome car is between Rs 4.58 lakh and Rs 7.33 lakh (ex-showroom, Delhi) based on what variant you opt for. Whatever you choose, though, it’s hardly possible that you can go wrong. This car has its fundamentals done very right. It’s why I’m justified in telling whoever asks  me for car-buying advice without letting me in on a single need of his  that the Grand i10 is it. Unless, of course, you fancy blinding onlookers when you’re powersliding.