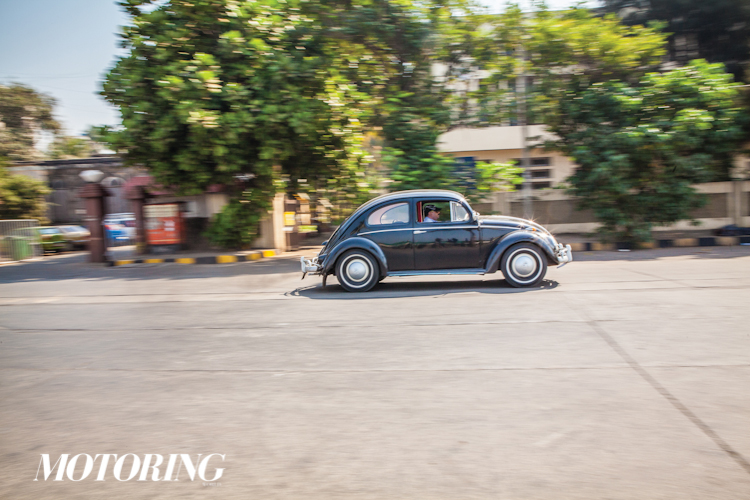 It was a long day and I was quite pooped. Reaching home, I planned to head for a shower, when I smelt my clothes. It was not a sweat stink, but the oily scent of exhaust fumes mixed with an old car smell. It was all over me, right down to my skin. I was wearing Beetle No MHJ5443 — not exactly Chanel No 5, but nearly as intoxicating. It was a distinctive smell that I have been missing, I realised, for too  long now.

Recent research has reported that human beings can distinguish over a trillion distinct scents and not 10,000 as previously thought. Not that it makes any difference to me, as I need fingers to count. But the smell of a 1956 Beetle combined with fumes seeping into the cabin from behind, with a whiff of Mumbai No 2 thrown in and the entire concoction warmed up in this city’s 33 degrees Centigrade winter does make it a distinctive odour. A unique enough smell to make me want to just pause, breathe it all in and think about the day that went by. 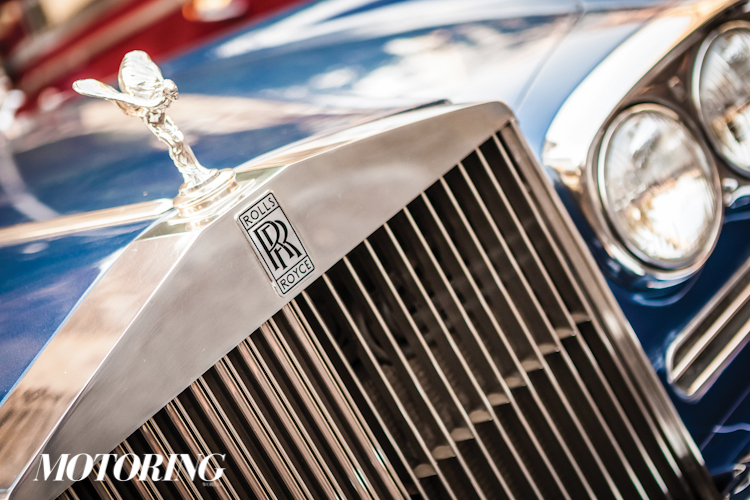 The annual Vintage & Classic Car Club of India’s rally held in Mumbai sometime in January or February is a fine opportunity to see the kind of terrific machines that India has in this part of the world. During this one day, the snoots and plebs come together, bound by the passion for old-timers. And the number of cars and bikes participating has gone up considerably. By all standards, despite the National Green Tribunal in Delhi, we are seeing a revival and an active interest in classic and vintage machines. 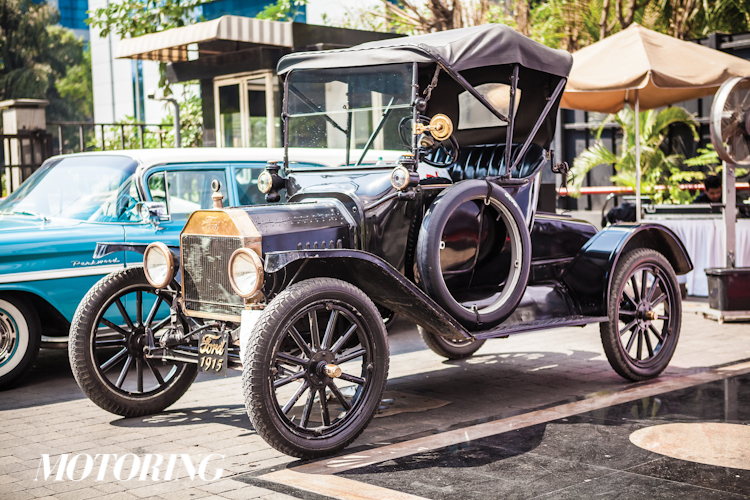 There were spectacular machines and beyond a point, it was too much to absorb. Chrome gleamed everywhere and lovingly handcrafted elements stood out. The sizes differed, from pint-sized Austin Sevens to a monstrous Dodge Bus from Pune! Long-gone brands to thriving ones, custom-built one-offs to mass-produced wonders, historically important ones to mundane commuters… they were all there. Each one of them was beautiful in my eyes – whether they royally glided like peacocks, oozed like panthers, stomped like elephants or sauntered in like  mongrels, they were all someone’s  pride and joy. Respect. 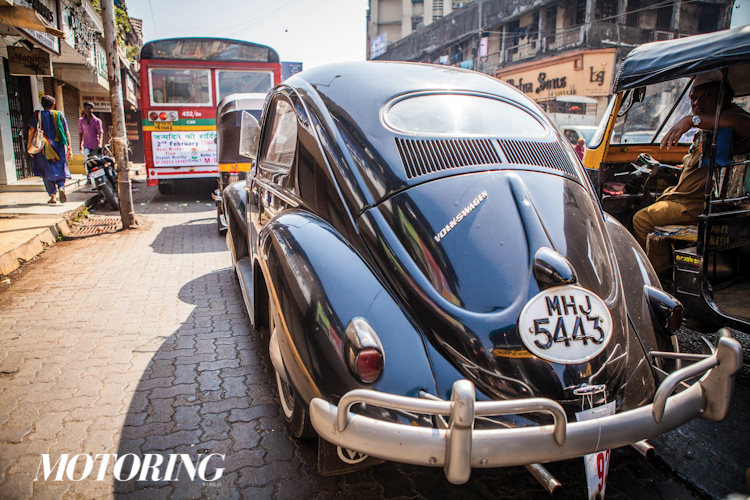 One of the cars participating at the event, and one of several Beetles, was MHJ5443 — a lovely black one from 1956. Yes, it is quite an old Bug. To many, all Beetles essentially look the same. Those who know their Bugs will be able to quickly point to the small rear window or the tail-lamps and proclaim its age. Over decades, the Beetle evolved without changing its fundamentals, looking virtually the same year on year. But try buying even mere windshield wipers or hubcaps without knowing the year — guesswork just doesn’t work. Thousands of big and small changes kept it going for years on end, till Volkswagen finally pulled the plug on it  in 2003. 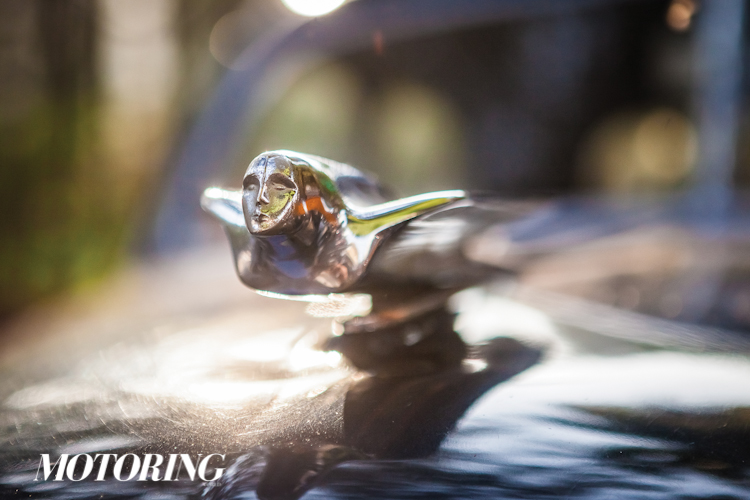 This one belonged to Karl Bhote, a vintage reader of Motoring World, and of course, a mad Bawa with a penchant for recollecting number-plates and the cars and bikes attached to them. Karl was participating in his 1963 Fiat Super Select and wondered if I would like to drive his Veedub. ‘If I were to give you the car, you need to win a prize, okay?’ That was the only condition I needed to fulfil. Now I am not the sort to look a gift insect in the mouth and grabbed this opportunity – after all, I too own a Beetle. For those who came in late, my first wife is a 1960 Beetle called Miriam. Before you ask, no, she is not in a running condition and here’s to all ye doubters: YES. I. WILL. BE. ATTENDING. TO. HER. SHORTLY. 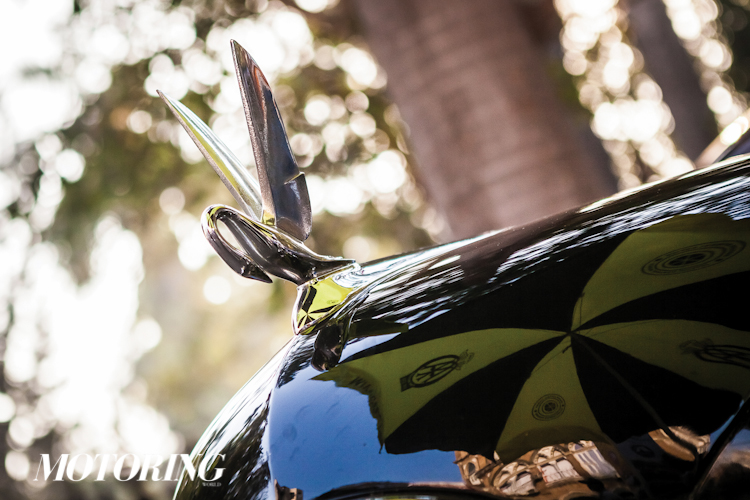 In fact, I had participated in one of the earlier VCCCI events with Miriam and she gave me quite some trouble, memorably heating up and refusing to start while stuck in the importantest, busiest and horriblest traffic junction in this whole, wide city. Why, Miriam, why? Why then? Why that spot? Why that day? And more importantly, why in front of all those initially-admiring-then-uncontrollably-giggly girls? 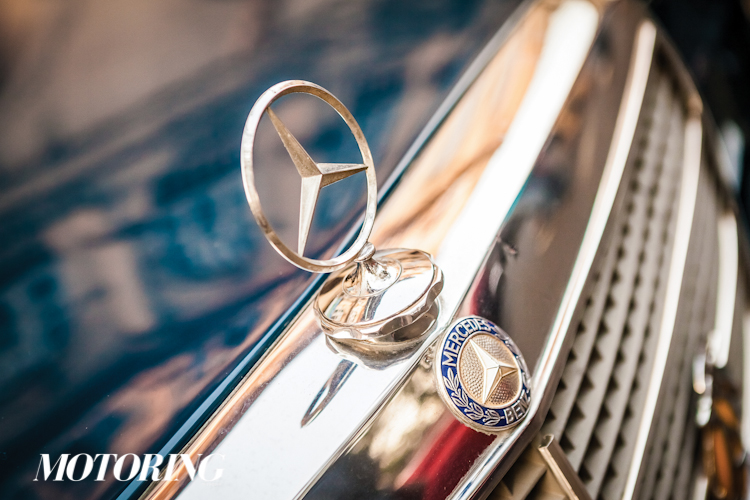 A few years down and the situation is virtually unchanged. The route was almost the same, the temperature was the same (delicately poised at the boiling point of water), the traffic situation was ten times worse and I was the same (almost, just a few kilos here and there). And that too in a car with similar idiosyncrasies. So would MHJ5443 do another Miriam on me? 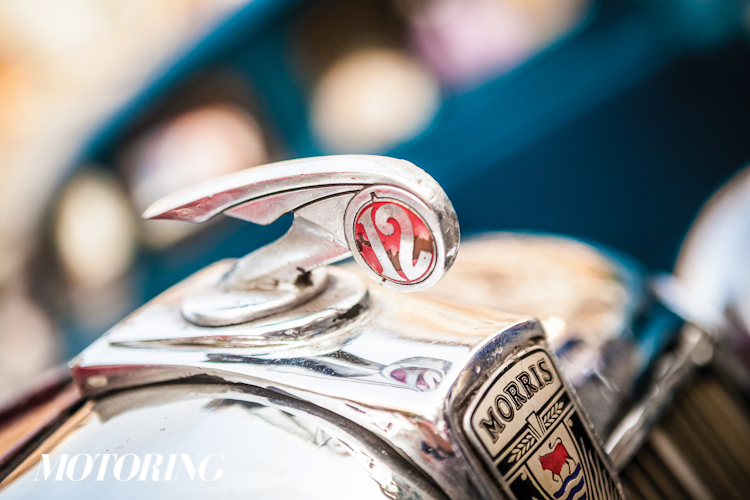 No. I believe Karl’s car behaved herself because those girls were not there. No point in breaking down when you cannot make a spectacle of it, right?

No, that would be unfair on Karl and his Bug. Right from the moment I set off from Karl’s place just before the sun rose over the city to the time I dropped it back at his residence, never did that little boxer miss a beat. 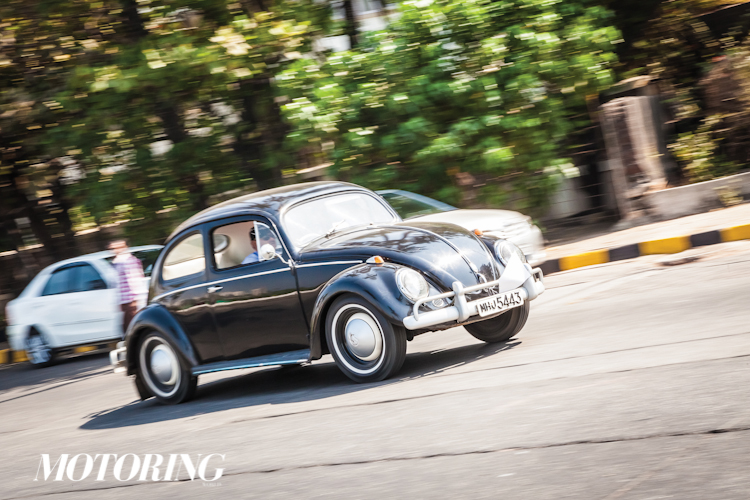 Driving a classic means you need to imbibe that spirit, which, in Motoring World, is defined by ‘Slow Cool’. One of the definitions of Slow Cool is that though you are capable of driving the wheels off a car, you need to get into the mental zone in which the machine operates — understand it, absorb it and live as if you were an extension of that machine. Even if this was Karl’s Beetle and not mine, it didn’t take me too long to get into her mindspace. The way the thin-rimmed steering wheel feels to hold, the recalcitrant second gear, the telegraphic speed of the brakes, the way the external rear view mirror constantly needed adjusting, the sudden hesitation of revs threatening to shut the engine down, the slow response to your accelerating/steering/braking inputs… Oh wait, if this sounds like a litany of complaints about Karl’s car, it is not! I enjoyed every bit of it. It made me feel more human than driving any modern car; I was one with the machine. 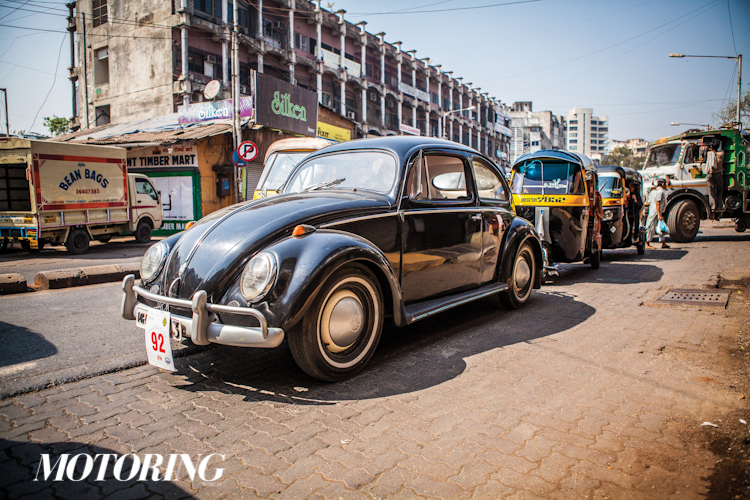 The world outside the window passes much more slowly, the entire city with its associated citizens, smells, noises goes in and out of the car and we sweat out the journey together. We make our way through all the time checks and the traffic signals, waving to passers-by like campaigning politicians, swallow the undulations of Mumbai’s paver-blocked moonscape and in effect, demonstrate that a well-functioning 60-year old heritage car has as much right to these roads as modern vehicles. 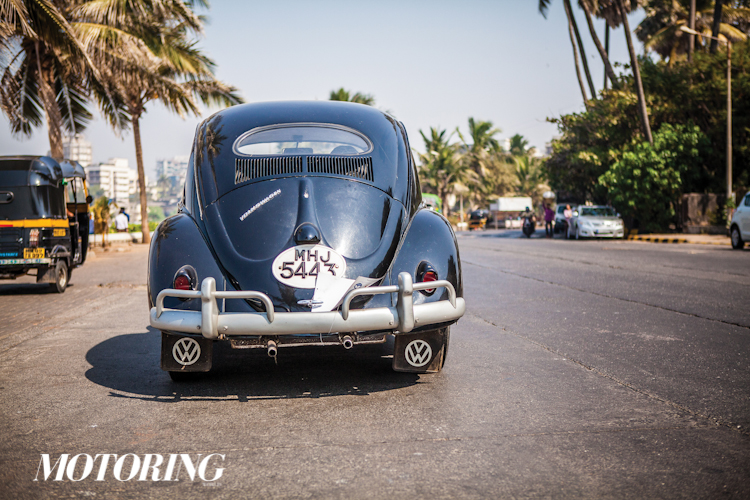 It was the first time that Sherman was navigating (he had never seen a tulip chart before) and somehow photographing as well, but we managed to complete it all mighty successfully. Karl took back home two awards, one for restoration of his Fiat in the Indian Heritage class and the other was the second prize for best performance in the Classic Car category for his 1956 Beetle. And I took back home the unmistakable, priceless fragrance of nostalgia.