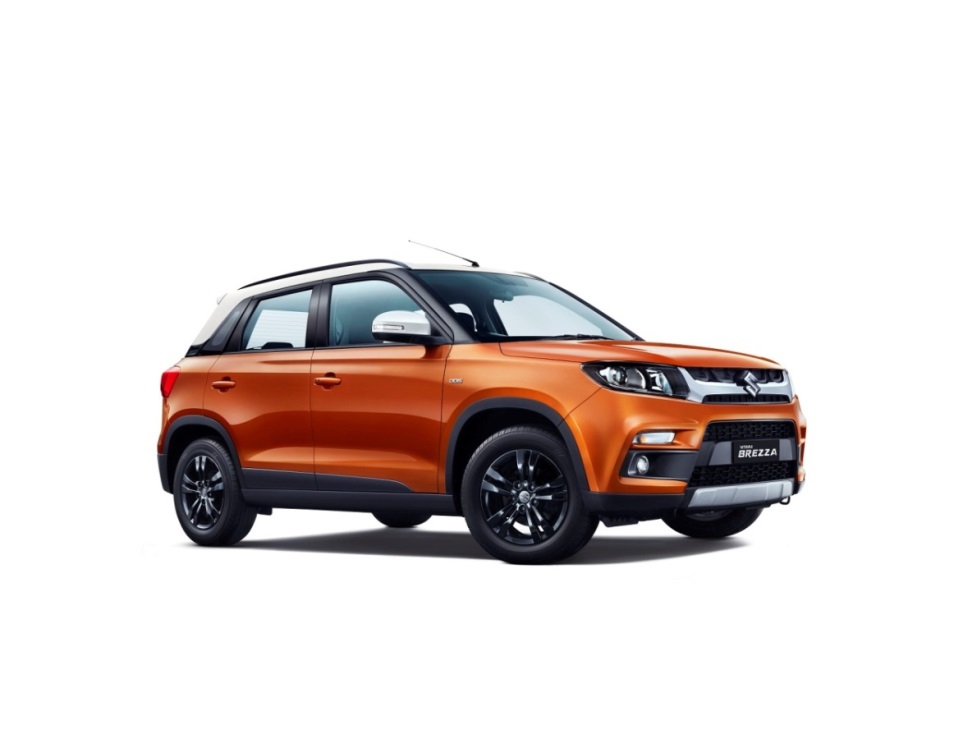 Novelty is a flawed concept, especially in cars, because it wears off as soon as newer models are brought out. Which these days happens at a rather alarming pace. Take for instance the Maruti Suzuki Vitara Brezza (referred to as Maruti Brezza in the article henceforth). It might have been a strong contender in the compact SUV space but with the arrival of new, accomplished rivals like the new Ford EcoSport and Tata Nexon, it had started to feel a bit old. To resolve that the company has just launched the refreshed Maruti Brezza complete with design and safety updates. To rival the recently launched Tata Nexon AMT, Maruti has also included its own version of the gearbox — Auto Gear Shift (AGS) — as an option on the refreshed Brezza.

Regardless of the gearbox you choose, the Maruti Brezza also benefits from other updates, like new glossy black coloured alloys, an all-black interior with accents, a new shade in the colour palette called Autumn Orange. There’s chrome treatment on the grille and rear garnish standard across all variants, too.

Maruti has used the opportunity to update the Vitara Brezza’s safety kit up to the upcoming regulations. The standard kit includes ABS and EBD, dual front airbags, ISOFIX child seat mounts, high-speed warning alert, front seatbelt pre-tensioners, reverse parking sensors, etc. It must also be mentioned that the Maruti Brezza was among the first new cars in India to be certified for offset and side impact crash tests.

MSIL’s Senior Executive Director (for Marketing and Sales), R S Kalsi said, “Vitara Brezza has been a game changer for India’s SUV market. We have enhanced its allure to meet aspirations of our young customers. They now have the option of Auto Gear Shift, the acclaimed two-pedal technology, for enhanced convenience.  AGS has been very well accepted by customers, and sales of AGS variants in the Maruti Suzuki portfolio have tripled in three years. By making this technology available on Vitara Brezza, together with a refreshed design, we expect India’s number one SUV to become even more attractive.”