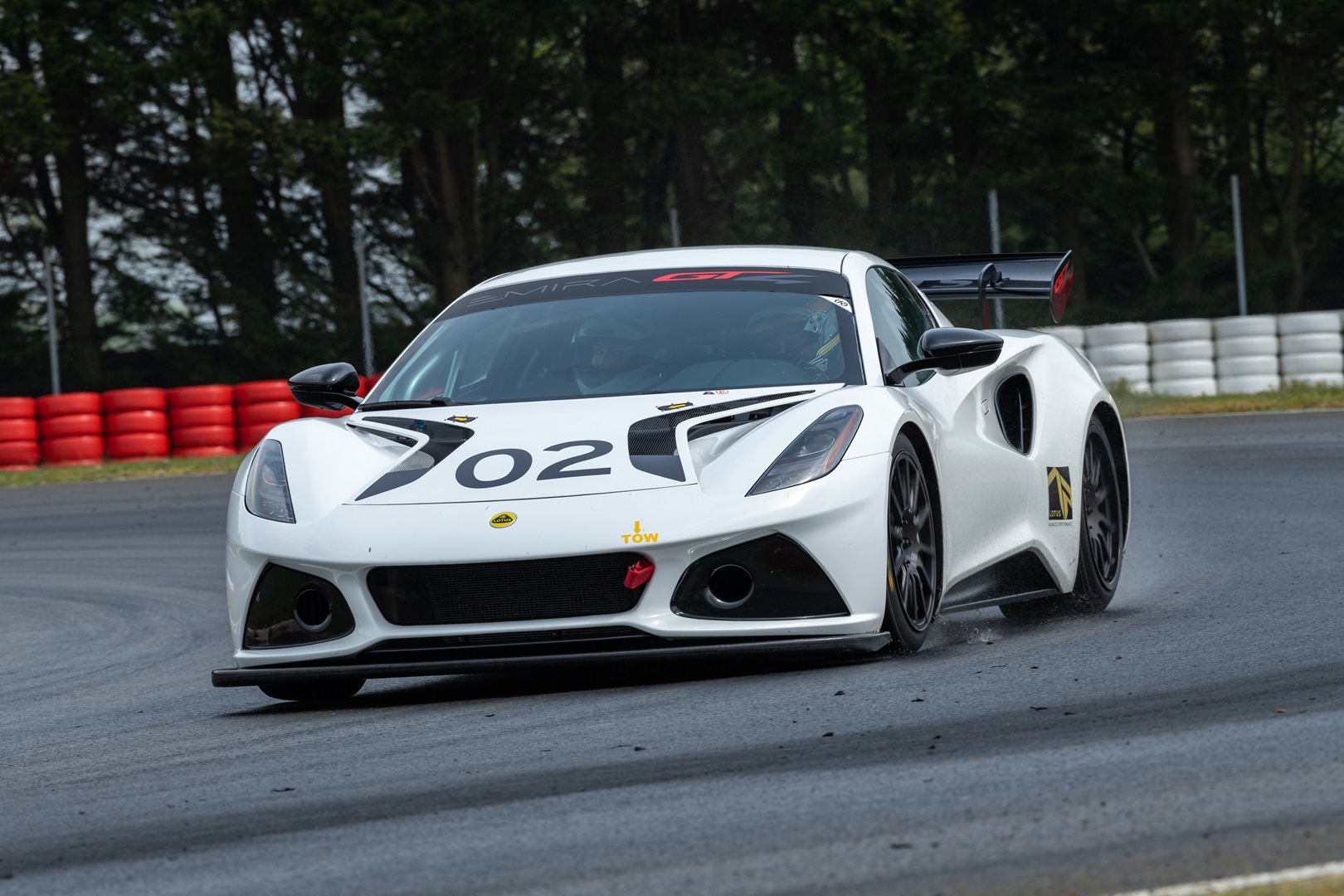 The new Lotus Emira GT4 appears to be extremely useful in the racing scene, as we are only now seeing photographs of the final car on track, and yet the Norfolk-based manufacturer has revealed that it is already sold out for the first year of production. Back in September 2021, Lotus revealed its plans to race the Emira. 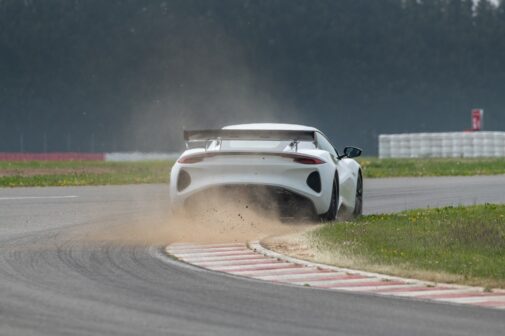 The GT4 has the same Toyota-sourced 3.5-litre V6 as the road car, but the power is routed through an Xtrac 6-speed sequential transmission. A 96-litre fuel tank is also included, as well as a competition-spec brake system, Bilstein springs and adjustable Ohlins dampers. Oh, and there’s also that massive rear wing and a front splitter. Of course, it meets all FIA GT4 regulations, and Lotus claims that it weighs only 1,300 kg in total.

The project was a joint effort between Lotus and RML Group, and VIP visitors were treated to passenger laps of the famed 3.54-km circuit earlier this week at a special event hosted by Gavan Kershaw, Director of Vehicle Attributes at Lotus and a former British GT Championship winner. As for us, we can watch the below video to see the Lotus Emira GT4 in action.

A Lotus Type 30 sports racer was also at Hethel for the Emira GT4 launch event. This white 1965 GT is privately owned and powered by a Ford 4.7-litre V8. It won the Whitsun Trophy at the Goodwood Revival last year. Only 33 Type 30s were produced, and Lotus great, Jim Clark, and others drove them to multiple victories.