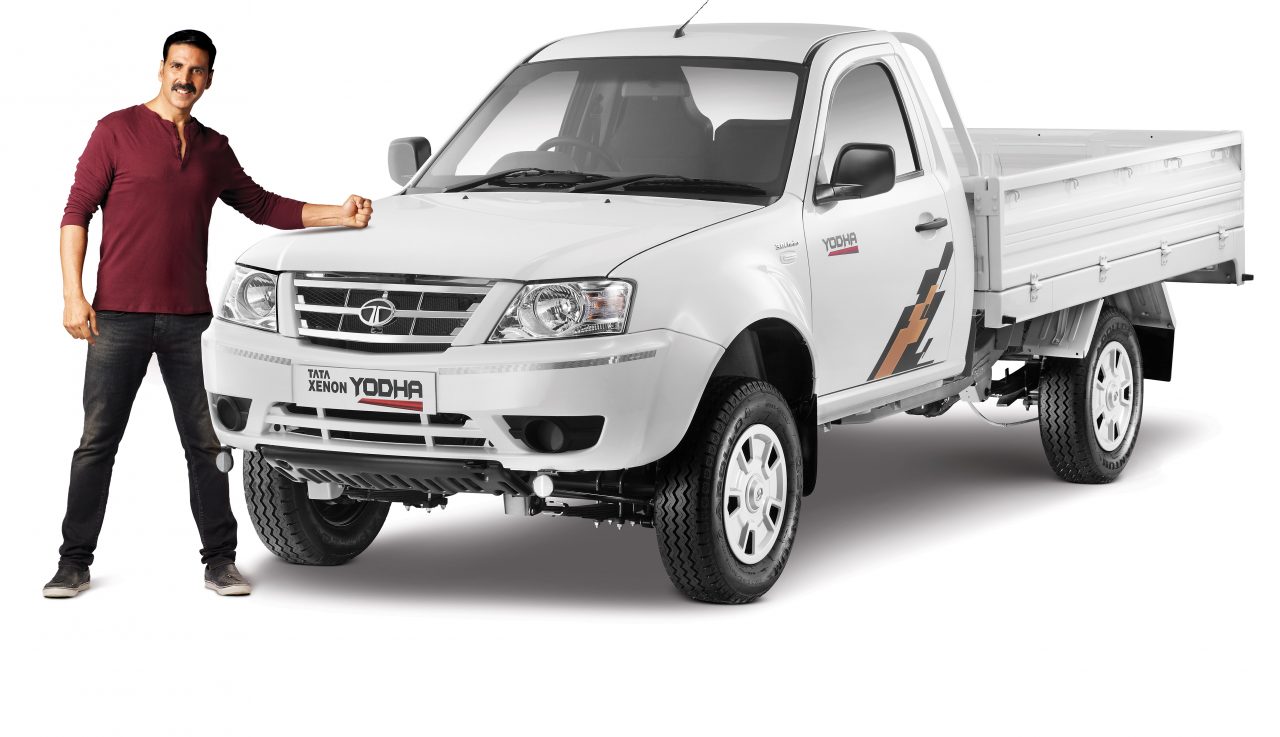 Tata Motors is building up the excitement for its upcoming slew of launches, scheduled to take place this year. But first, addressing the need of a stronger product line-up in the CV segment, the company has launched an updated version of the Xenon pickup, called Xenon Yodha.

Endorsed by Bollywood actor Akshay Kumar, the Tata Xenon Yodha might retain a large part of Xenon components, but comes with its own share of improvements. Both single- and double-cab variants will be available, in both BSIII and BSIV guises. The commercial-market pickup is priced at Rs 6.05 lakh onwards, comes with a 3-year/3-lakh-km warranty, a new 3-year/1-lakh-km AMC package, and even a buyback offer which lets customers get at least an assured 50 per cent of the cost of the vehicle after four years of use.

Powering the Xenon Yodha is a 3-litre diesel engine that makes 85 bhp and 25.5 kgm (BSIV version; the BSIII makes less power and torque). Both 2WD (rear) and 4WD versions will be available, so rough terrain is unlikely to be a problem. Adding to the increased capability off the tarmac are the new, standard 16-inch tyres and a ground clearance of 210 mm.

With rated payload of up to 1,250 kilos, the Xenon is going to be useful from transporting goods, agricultural produce, to even in mines and construction sites. Service interval is increased to 20,000 km, and the body is mentioned to be supported by 4 mm chassis frame (it’s a body-on-frame construction), hence it promises longevity, even in tough conditions.

Other features include power steering, improved safety with crumple zones, side intrusion beams, etc., although there’s no mention of ABS or airbags.

The competition includes Mahindra Bolero pickup which is available in a wider range, with some models offering more loading capacity. There’s also the better-equipped Isuzu D-Max with a more powerful engine and almost as much capacity as the Xenon.