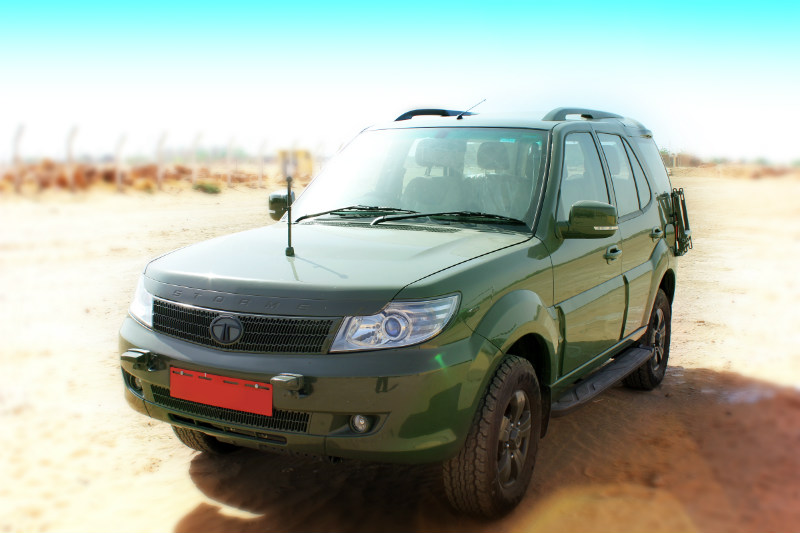 The SUV has completed a trial phase of fifteen months already, and is the second recent product in the Indian Armed Forces by Tata; the first one was the Tata High Mobility Vehicle 6×6. For the GS800 category, the ideal contender had to have a minimum payload of 800 kilos, hard roof, and air conditioning. The Safari Storme passed all three criteria.

Associated with the forces since 1958, Tata has supplied over 1,50,000 vehicles so far, and the latest order for the Safari takes it all forward. And if you were wondering about which model has been inducted in the Army, then you would be glad to know that it’s the 154 bhp/40.8 kgm, 4×4 version.

Vernon Noronha, VP, Defence & Government Business, Tata Motors Limited said, “We are very proud to have received this prestigious order for over 3000 units of the Safari Storme under the newly formed GS800 category. Tata Motors has been a leading supplier of mobility solutions to the Indian Armed Forces and this order is a testimony to our partnership with the country’s security forces. This variant of the Storme has been modified from the one available for civilians with an upgraded drivetrain and significantly modified suspension. The Safari Storme was conceived and designed keeping in mind the need for a rugged, comfortable and reliable vehicle, making it popular with law enforcement agencies. We will shortly commence delivery of these vehicles for the Army and Navy in a phased manner.”