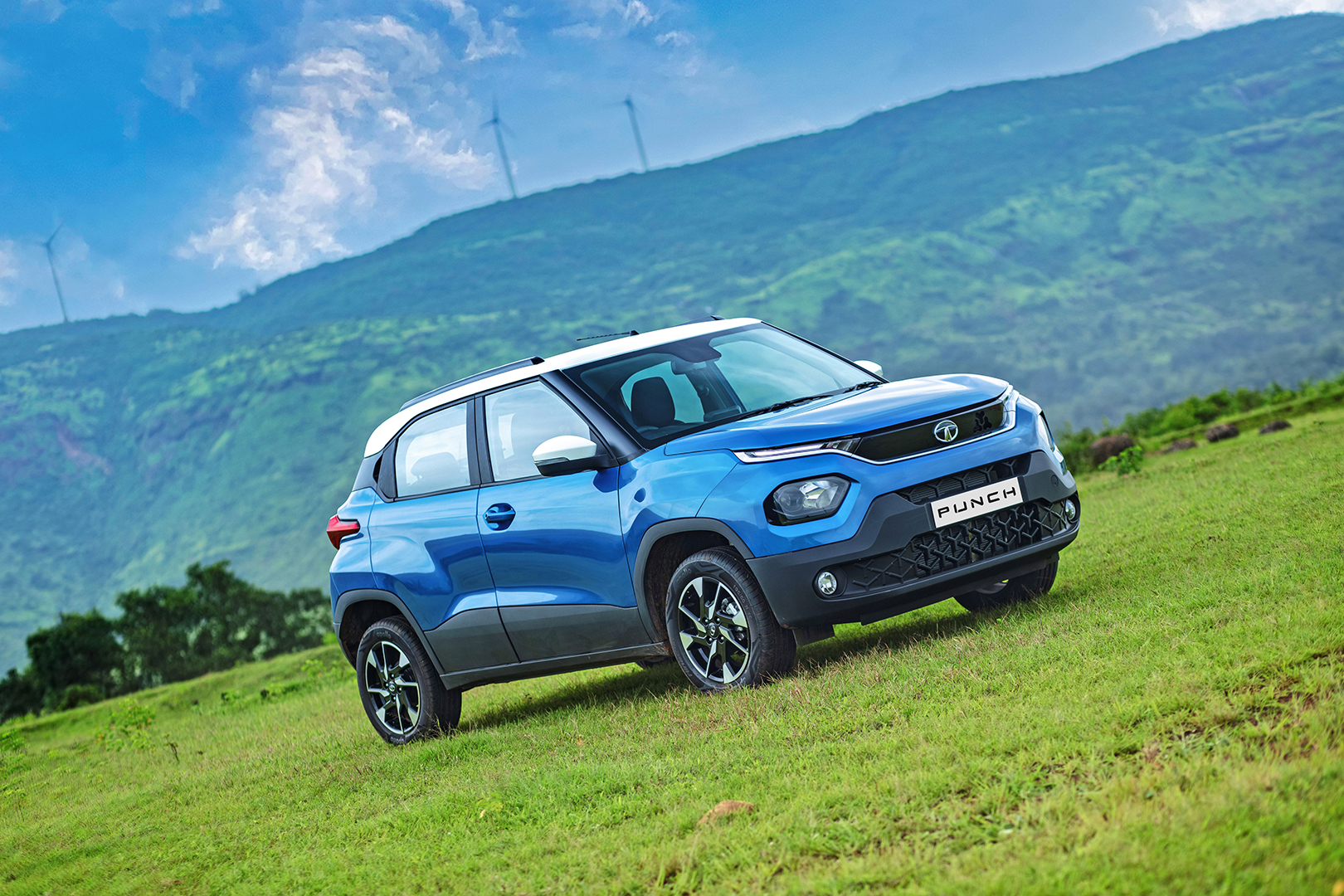 Tata Motors has officially taken the wraps off its smallest SUV to date, the Punch. It’s based on the same ALFA platform as the Altroz, will come with the same 85-bhp 1.2-litre petrol engine, and share some of its features and tech. But that’s where the similarities seem to end. We’ll have to see it in person to be sure, but the Tata Punch more or less looks the part of a small crossover — it’s bulkier than high-riding hatchbacks like the Maruti Suzuki Ignis, but less upright than its sibling, the Nexon. In fact, it looks a lot like the Tata HBX concept that had been shown at Auto Expo 2020. 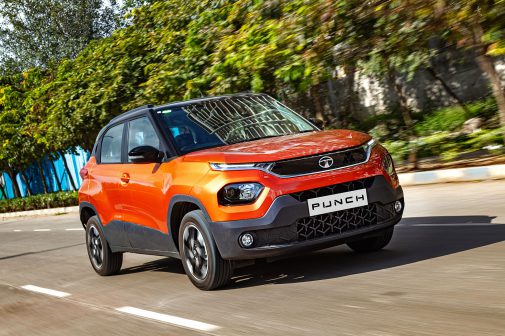 The nose has Tata’s signature ‘humanity grille’ in a slimmer form, and the split headlight setup seen on larger SUVs from the Indian brand’s stable like the Harrier and Safari. In profile, the body cladding, the 187-mm ground clearance (unladen), and the higher 195/60 profile rubber on the 16-inch alloy wheels lend it the requisite SUV design cues. Tata even claims its wade through 370 mm of water, and has approach, departure, and ramp over angles of 20.3 degrees, 37.6 degrees, and 22.2 degrees, respectively. The rear sports a sculpted tailgate, an integrated roof spoiler, and tail-lights with a Y-shaped LED element, which are similar to the ones seen on the HBX. There are a total of seven colour options available with the Punch, though only the top trim gets additional dual-tone colour options. 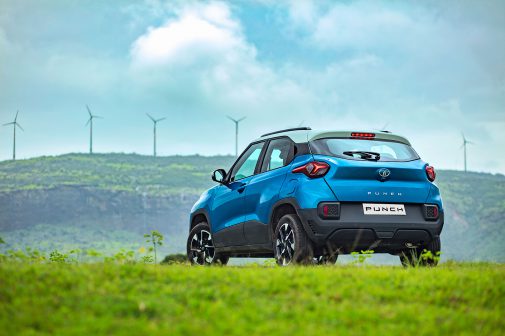 The cabin of the Punch sports a dual-tone silver and black theme, and the straight lines on the dash and rectangular AC vents are meant to promote a sense of width. The features list on the top-spec Creative variant includes automatic headlights and wipers, auto-folding ORVMs, automatic climate control, a cooled glovebox, cruise control, keyless entry and go, a 7-inch TFT instrument clutter display,  a 7-inch touchscreen infotainment system with Android Auto and Apple CarPlay, four speakers and two tweeters, driver’s seat height adjust, a rear camera and a rear wiper. All four variants (Pure, Adventure, Accomplished, and Creative) come with two airbags, ABS with EBD and corner stability control, Isofix child seat mounts, and a new piece of tech that Tata calls ‘Brake Sway Control’. This tech is meant to reduce side-to-side sway during hard braking. A tyre puncture repair kit is standard, and so is a spare tyre. 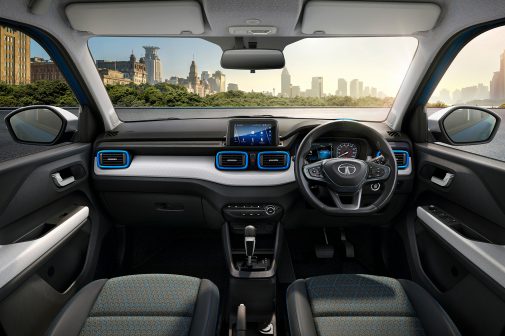 Tata also offers customisation packs for each of the four variants. The Rhythm pack adds a 4-inch touchscreen, four speakers, and steering-mounted controls to the entry-level Pure trim, while the same pack adds the 7-inch touchscreen, two tweeters, and a rear camera to the Adventure trim. The Dazzle pack adds 16-inch alloys, LED DRLs, and projector headlights to the Accomplished variant, while the IRA pack adds Tata’s connected car tech to the Creative trim. 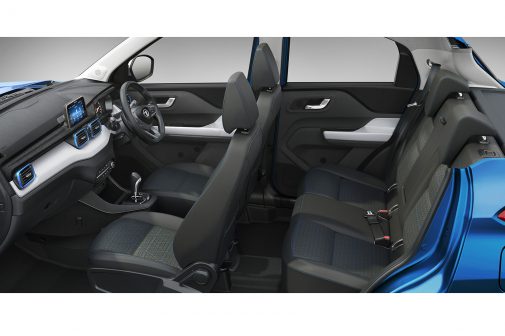 As mentioned earlier, the same 1199cc three-cylinder engine from the Altroz, Tiago, and Tigor is used in the Punch, but Tata says it’s been tuned for better low-end torque, and to ensure that there’s always enough air going to the engine to mitigate stalling in high-altitude conditions. The 0-60 kph is said to take 6.5 seconds, though 100 kph takes 16.5 seconds. This naturally aspirated unit comes with idle start-stop tech to aid fuel efficiency, and will be available with 5-speed manual and 5-speed AMT gearbox options with the higher three variants. The AMT variants also get traction modes, which use the brakes to avoid slip in low traction conditions.

A diesel engine option, a turbo-petrol one, and even a battery-powered one is on the cards, but it’ll only come if there is a significant demand for them. 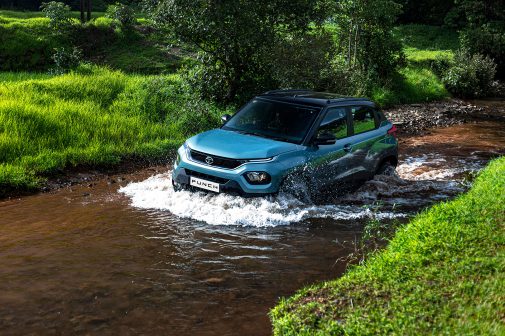 Bookings for the Tata Punch have opened today for a Rs 21,000 amount, and prices are expected to be announced on October 20. We’ll be driving the new Tata SUV tomorrow, so stay tuned for more updates.