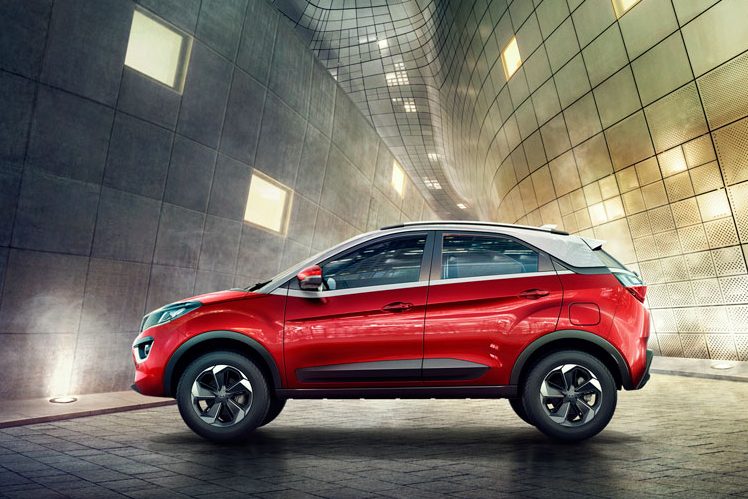 Tata Motors has flagged off the first batch of Tata Nexon sub-compact SUVs from its production facility in Ranjangaon. The dealership-bound vehicles will be made available in a phased manner for prospective customers to take a look, ahead of the launch scheduled to take place during the festive season.

Fourth new car with the IMPACT design philosophy, the Nexon boasts unconventional styling — something that’s likely to work well in the segment. It will be positioned against the existing rivals like the Maruti Suzuki Vitara Brezza, Ford EcoSport (expected to be updated at around the same time as the launch of the Nexon), etc.

Engine options for the sub-compact SUV will include, as announced recently, a 1.2-litre turbocharged petrol unit and a new 1.5-litre diesel. Both of these will be offered with a six-speed manual gearbox — another point rivals miss out on.

Here’s the photo of the first production Nexon being rolled out. Also, try spotting another hugely awaited vehicle in the frame. 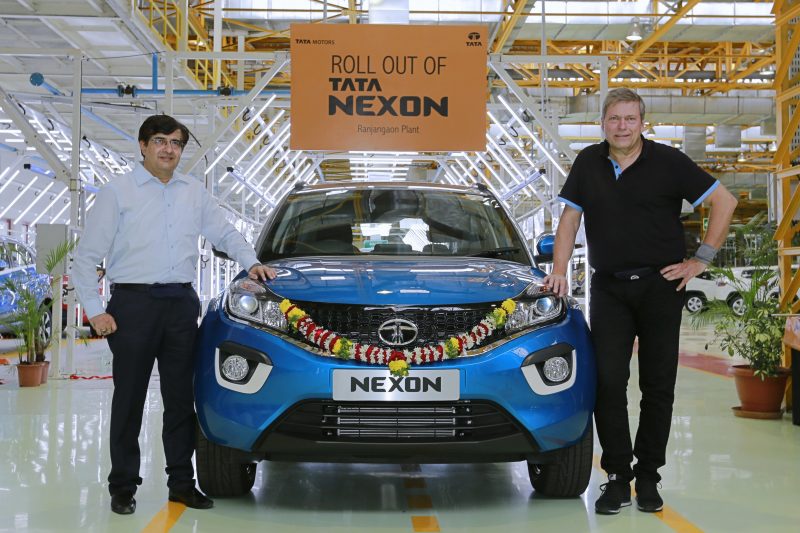