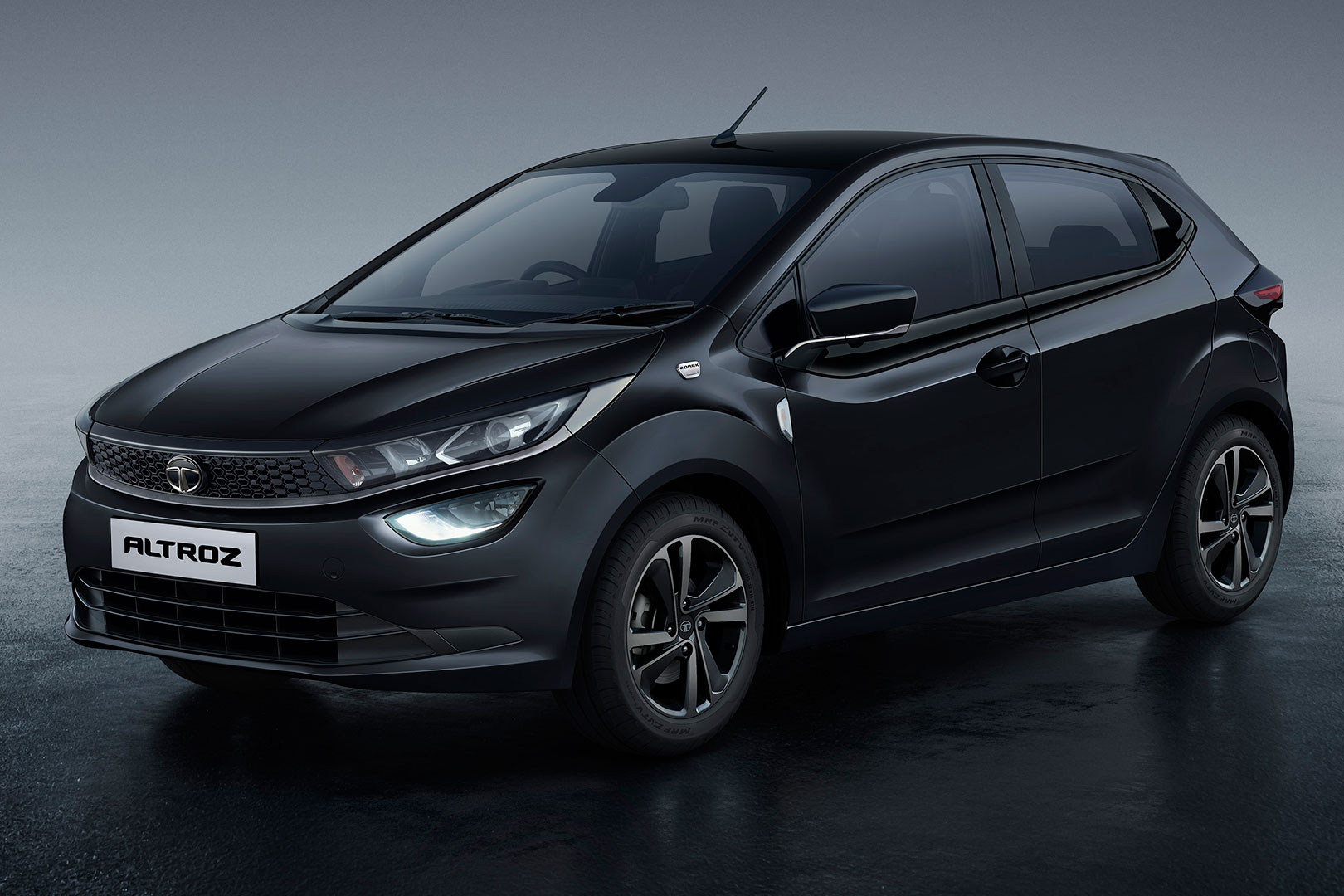 Higher variants of the Tata Altroz, Nexon and Nexon EV join the Harrier in being available with the arguably better-looking Dark trim. As the name implies, the Dark range of Tata cars feature an all-black theme, both, inside and out. These variants have also been given additional safety kit in the form of a tyres repair kit. For those who are worried that a spare tyre won’t be offered can rest easy as a Tata spokesman confirmed that it will continue to be available.

How different is the Altroz Dark?

The Tata Altroz Dark wears ‘Cosmo Dark’ body paint, along with dark tinted 16-inch alloys, and #Dark badges. Its cabin matches the exterior well with the ‘Granite Black’ interior theme and the black and blue leatherette seat upholstery. As the Dark versions are only available on the top-spec XZ+ variants of the Altroz and Altroz iTurbo, they share the same features and equipment, other than the aforementioned tyre repair kit. The same 85-bhp 1.2-litre petrol and 108-bhp 1.2-litre turbo-petrol engines continue with the 5-speed manual gearbox. 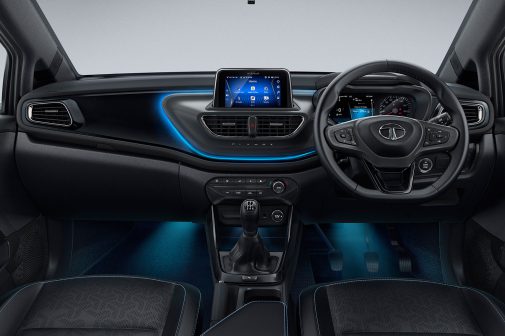 Prices for the Altroz Dark start about Rs 30,000 higher than the standard Altroz XZ+ variant, at Rs 8.71 lakh, ex-showroom, Delhi. 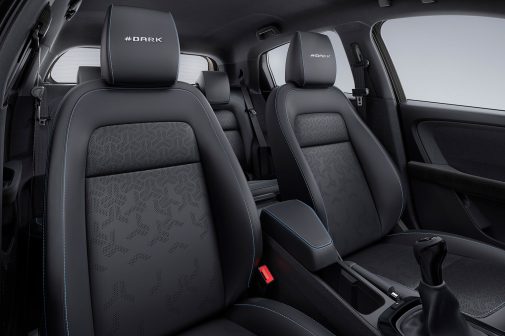 How different is the Tata Nexon Dark?

Like with the Altroz, the Nexon gets an all-black exterior (‘Atlas Black’ in the SUV’s case) and darkened cosmetic elements inside and out, such as the 16-inch charcoal black alloys the leatherette upholstery, and trim inserts in the cabin. 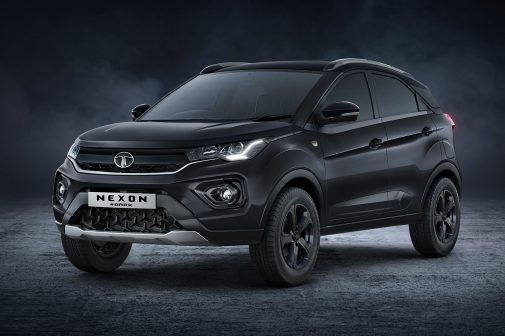 The same 118-bhp 1.2-litre turbo-petrol and 108-bhp 1.5-litre diesel engines continue unchanged, as do the 6-speed manual and AMT auto gearbox options. The Nexon Dark is only available in the XZ+, XZA+, XZ+(O) & XZA+(O) variants, with prices starting Rs 44,000 higher than the equivalent variant. The Nexon Dark range is priced from Rs 10.40 lakh. 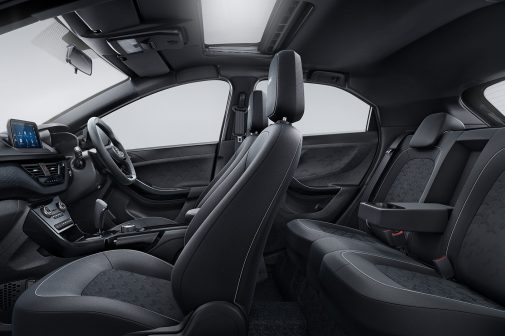 How different is the Tata Nexon EV Dark?

The all-electric Nexon gets a ‘Midnight Black’ exterior finish but shares the blacked-out 16-inch alloy wheels with the internal combustion engine Nexon. While the blue elements on the nose that help differentiate between the Nexon EV and the standard model have been retained, the blue strip running across the beltline is now finished in satin black. 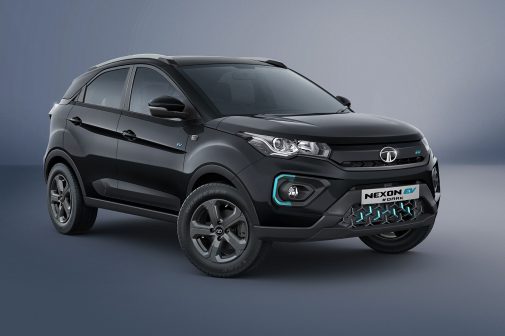 The Nexon EV Dark is the only model to gain a significant amount of kit over the XZ+ and XZ+ Lux variants it is based on. The Nexon EV Dark XZ+ adds a rear centre armrest, 60:40 split-folding rear seats, and adjustable rear seat neck rests, while both trims also get a tyre pressure monitoring system. Hence, the Nexon EV Dark XZ+ is priced 43,000 more than its standard counterpart, at Rs 15.99 lakh. 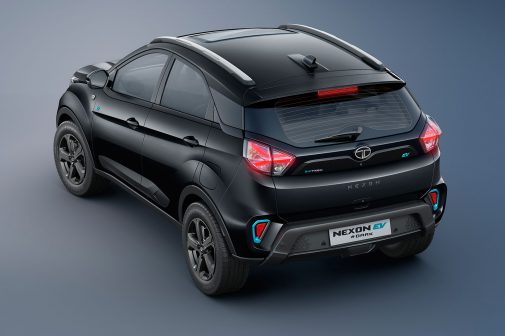 There are no mechanical changes to the model; a 30.2kWh battery pack powers a 127-bhp electric motor and has an ARAI-certified range of 312km on a single charge. 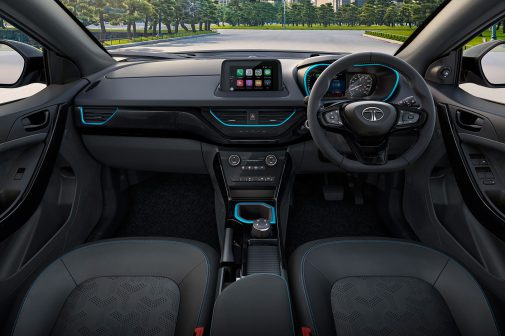 The Harrier Dark edition was first launched in 2019 as a limited-run variant, but was then added to the SUv’s line-up permanently, such was its popularity. The changes between the previous model and the new one are subtle — the exterior colour is now ‘Oberon Black’ (instead of ‘Atlas Black’) that is said to add a blue tinge, there’s new 18-inch ‘Blackstone’ alloy wheels, and a piano black finish on some design elements. The interiors now sport ‘Benecke Kaliko’ leatherette upholstery (which has undertones of blue) and new trim inserts. 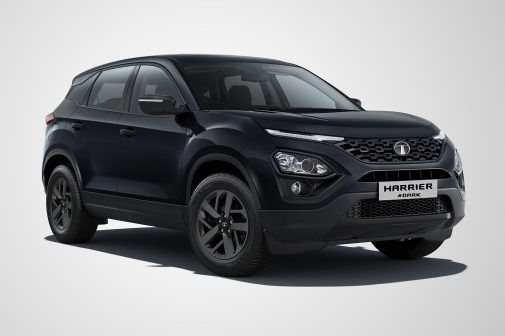 As before, the all-black Harrier is available in the three higher trims: XT+, XZ+ and XZA+. While Harrier Dark prices start Rs 37,000 higher than the standard Harrier XT+, at Rs 18.04 lakh, the updated SUV costs Rs 17,000 more than the previous iteration. The features list and 168-bhp 2.0-litre diesel engine, along with the 6-speed manual and automatic gearbox options, has been retained. 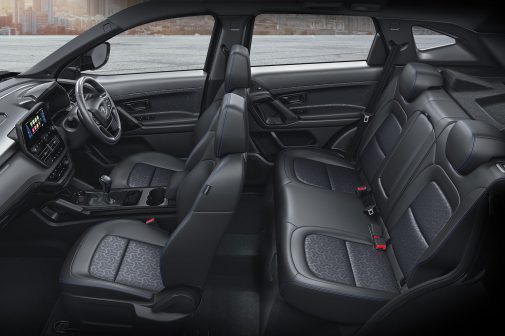