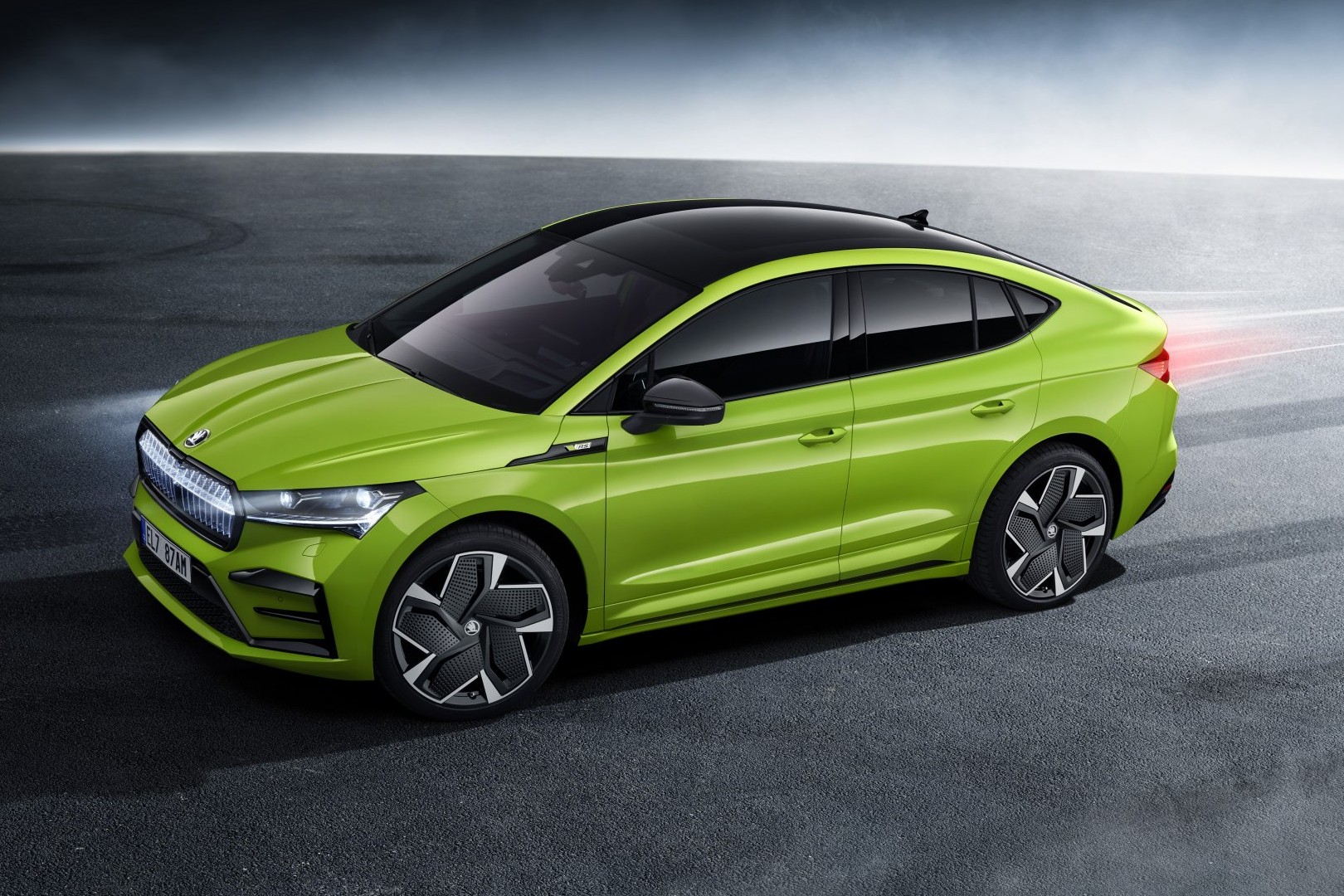 Skoda’s unveiled its first all-electric RS variant. Say hello to the Skoda Enyaq Coupe iV. Painted in a special Mamba Green colour, this all-electric, all-wheel-drive coupe is powered by an 82-kWh battery that produces 295 bhp and 46.86 kgm. That’s enough for it to clock 0-100 kph in just 6.5 seconds. Besides the RS, there are other variants also offered in a smaller 62-kWh battery pack. 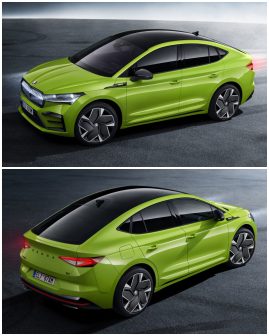 Skoda says that it’s worked on the new Enyaq RS’s design and styling, and it isn’t just another Enyaq SUV with a different name. It gets a discreet and athletic front apron, body-coloured side skirts, and alloy wheels ranging from 19 to 21 inches. The Coupe’s roofline descends gently from the car’s B-pillar and smoothly integrates into the tailgate. The dark, tinted panoramic glass roof, which is also a standard feature for the Coupe, helps to emphasise the car’s lines. 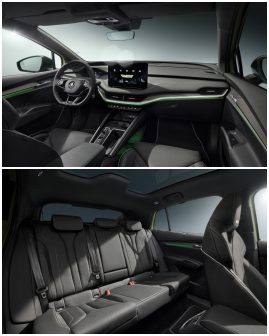 The rear-wheel-drive Coupe iV 60 and iV 80 are among the variants available, while the iV 80x and the RS iV are all-wheel-drive. Also, it comes with two battery options, the first of which is a 620kWh battery, followed by a larger 82-kWh battery as mentioned earlier. The smaller battery pack produces has a capacity of 177 bhp, while the larger one produces 201 bhp. As far as range is concerned, the RS variant has a maximum range of 545 km. Skoda should definitely consider getting it here.