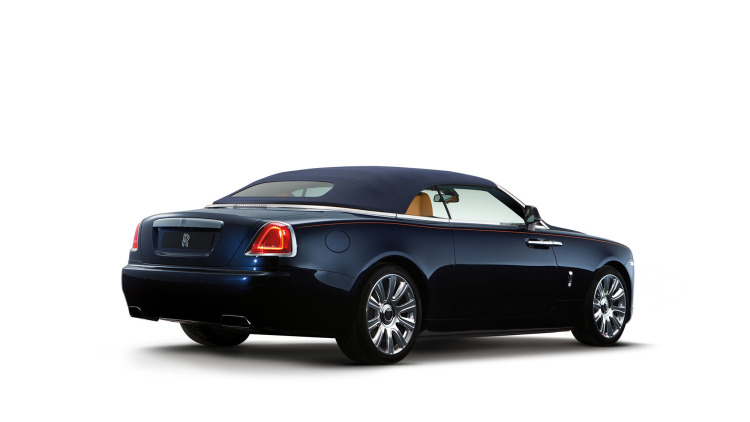 The Rolls-Royce Dawn has been launched in India at an eye-watering Rs 6.25 crore. And this is before you start taking an interest in the gazillion ways in which one can customize their Rolls. Six crore rupees gets you an open-top version of the Wraith, but with less power, with the 6.6-litre twin-turbo V12 putting out 563 bhp against the 624 bhp of the coupe. Its also heavier than the Wraith – by around 100 kg – and hence is a bit slower to 100 kph, taking 4.9 seconds.

However, since it isn’t likely that the Rolls-Royce Dawn’s performance figures will win the top trumps at the local pub, lets concentrate on the things which can. Like that soft top which can go up and clamp itself into position in 22 seconds and in upto speeds of 50 kph.

Since it’s a Rolls Royce, its no ordinary soft-top. Rolls-Royce has engineered the seams in such a way that they make no noise when it is being folded out or back in. The electric motors too are whisper quiet. Rolls-Royce says, that the entire operation of putting up and folding down this this six-layered (yes, six) cloth top creates no sound at all. The cloth is also designed is such a way that when it rains, the sound of the rain drops falling on the cloth is amplified to the passengers in a pleasing way.

Also, like the Wraith, the gearbox takes inputs from the GPS system to prepare itself for gear changes depending on the road condition ahead. The ZF gearbox has no manual function, making it amply clear that a Rolls Royce driver does not need to bother with frivolities like decided which gear to use. Rolls Royce insists that while other four-seater convertibles can only be used by 2 adults comfortably, the Dawn will be able to accommodate four adults comfortably, with no compromise in space.

Incidentally, the Wraith is almost a crore and a half cheaper than the Dawn!