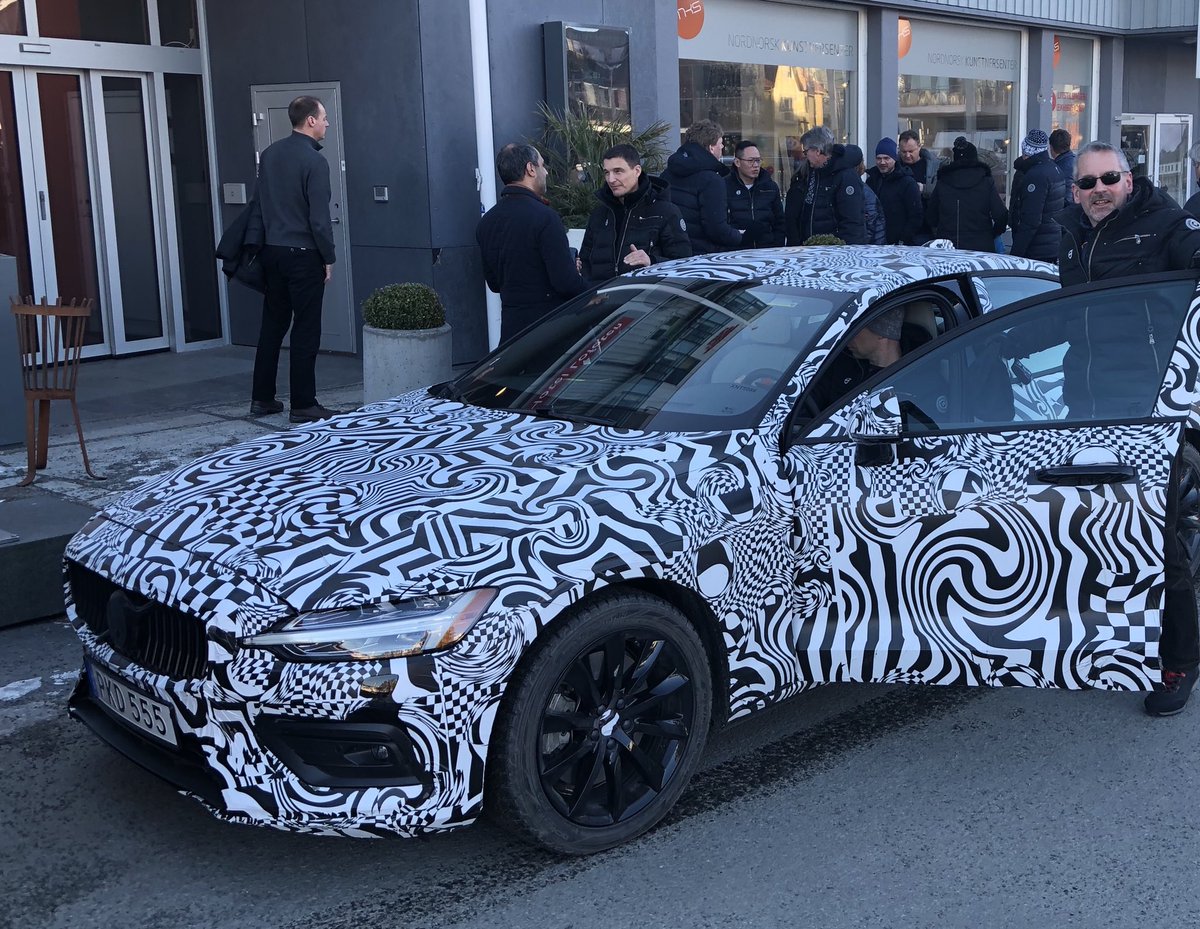 Apart from the usual presiding over conferences, talking to investors, and making huge decisions, what would you do if you were a company’s CEO. Many fancy the lavish life away from work, while a few I’m certain look at opportunities of personal growth even further. But if you want to be someone like Hakan Samuelsson, Volvo’s CEO, you’ll have to do it a little differently. Tweeting for instance — and not just emails — has to be one medium that never goes ignored. Okay, leave the whole marketing malarkey, here’s the real story. The CEO’s recent tweet has given us all a glimpse of the upcoming Volvo S60 saloon quite ahead of the car’s launch or announcement.

Currently undergoing winter testing, the Volvo S60 is scheduled to be launched later this year. Like the V60 estate which makes its debut at the 2018 Geneva international Motor Show, the S60 saloon will share its platform (SPA) with other 90 series cars and the XC60. According to Samuelsson’s tweet, the car will be built at Volvo’s ‘new factory in South Carolina later this year’.

Like in case of the V60, it looks sharper than the corresponding 90 series car, the S90. The hunkered-down front end is bound to get more attention than the upright one in the larger cars. But it’s the rear-end styling that we’re waiting to see, because replicating that of the S90 simply won’t work on this smaller, more sporting S60.

There will be some sort of electrification in the S60 like in the V60, going with Volvo’s vision of going electric from 2019 onwards. We expect the 2-litre petrol and diesel powerplants to be offered in both front-wheel drive and AWD configurations.

More details about the car will be available closer to the announcement. In the mean time, you can read more about the Volvo V60 estate by clicking here. Other news and updates from the 2018 Geneva International Motor Show will be updated on our dedicated page. You can check that out by clicking here.