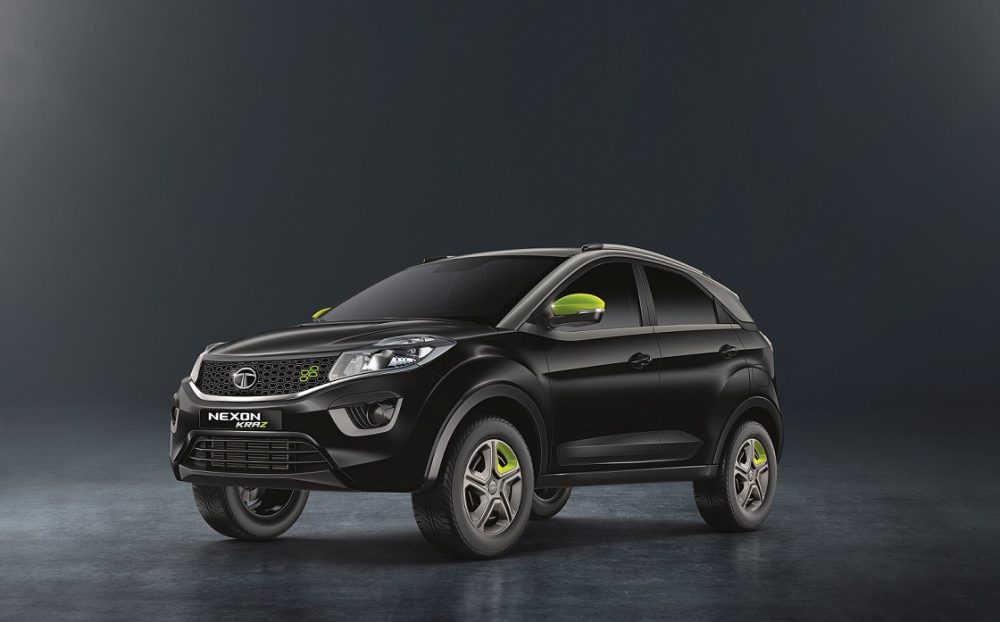 It’s a revival for Tata Motors — its new, commendable products have managed to gain some foothold in the market again. Adding to the momentum, the company’s bestselling product in the sub-compact-SUV segment, the Tata Nexon, gets a new special edition, called the Tata Nexon KRAZ.

With the launch, Tata celebrates the first anniversary of the Nexon. Let’s take a look at the changes/updates available on the Nexon KRAZ (which the company insists is pronounced as craze). Okay.

On the inside, it gets a piano black treatment for the dashboard, steering accents, and door and console finishers. There’s also a use of green for air-vent surrounds and seat stitching. On the outside the same shade of green (called Neo Green) makes its way to the mirrors and wheel accents. A new shade of black (TROMSO Black) is offered on the KRAZ variant, and comes complete with a dual-tone roof finished in Sonic Silver.

Recently awarded a strong four-star rating in Global NCAP, the Tata Nexon is available with a 1.5-litre diesel engine and a 1.2-litre turbocharged petrol engine. In case of the Nexon KRAZ, only the manual gearbox (six-speed units on both) is available. To complement its ability to tackle rough terrain is the 209 mm of ground clearance, and the ability to vary power delivery through its driving modes (Eco, City, and Sport). In terms of features, there’s also a four-speaker Harman infotainment system, climate control with rear AC vent, electrically foldable and adjustable rear view mirrors, reverse parking sensors, etc.

The Tata Nexon KRAZ is priced at Rs 7.14 lakh (petrol) and Rs 8.07 lakh for the diesel-powered KRAZ+ version.

Tata Motors’ President for Passenger Vehicle diving, Mayank Pareek said, “We want to celebrate the 1st Anniversary of our brand Nexon with our customers and what better way than offering them a special striking version- the Nexon KRAZ. To attract customers with active and sporty lifestyle, the Nexon KRAZ has been designed to set a new trend in the segment. Since launch, the Nexon has received a very good response and today is among the top 5 selling compact SUVs. We would like to thank all our customers for their trust in the brand and we will continue to bring exciting products in the market.”