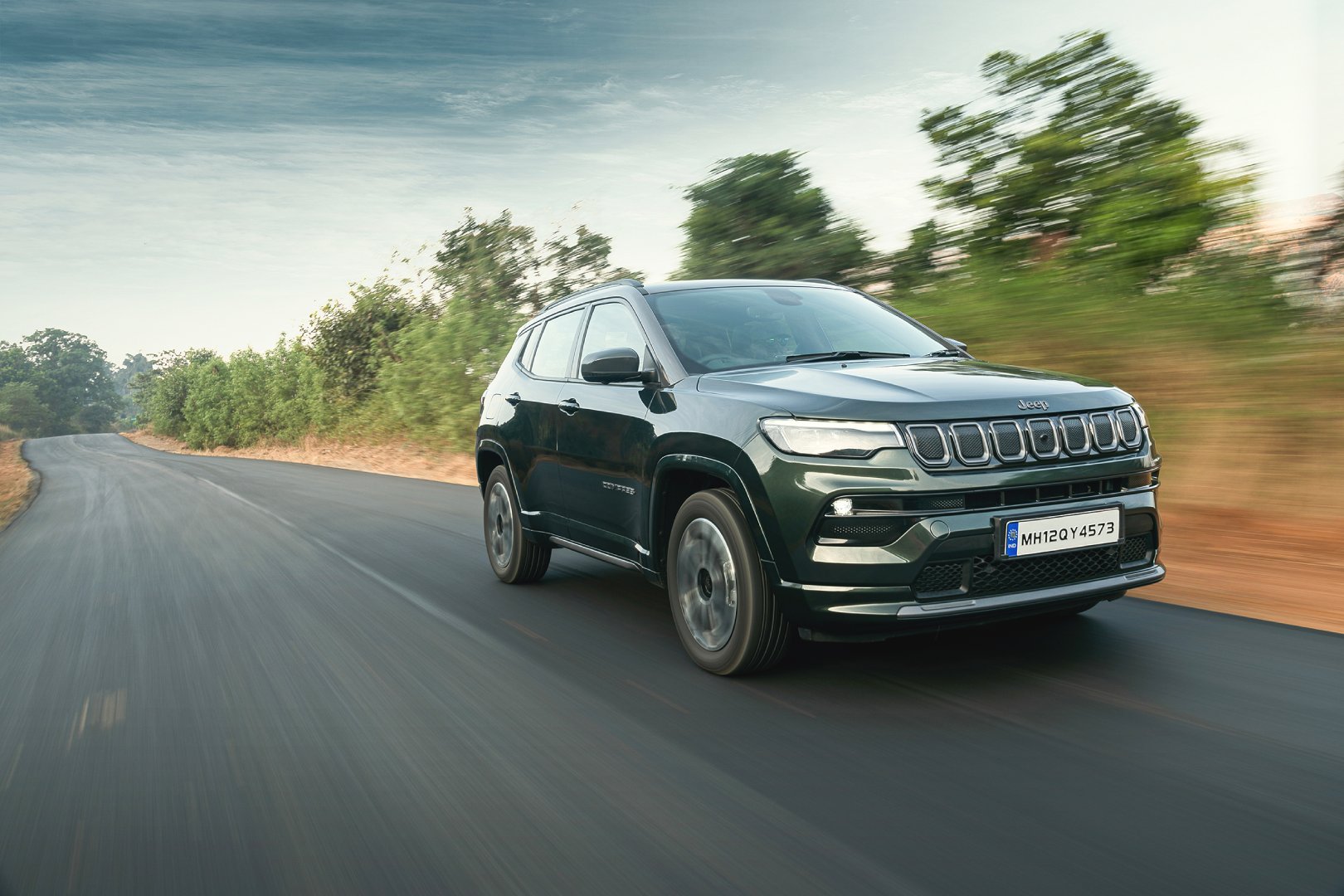 After teasing the updated Compass not too long ago, Jeep has finally launched the SUV in India, for a starting price of Rs Rs 16.99 lakh (ex-showroom, India except Kerala). The 2021 Compass is now Rs 50,000 more expensive than before but comes with several much-needed changes. The chief among which is the completely new interior, followed by the subtle styling changes and a few added features. Jeep is selling the Compass in four trims – Sport, Limited, Longitude and Model S.

There’s also a limited-edition, 80th-anniversary special, which is available in three variants, and costs between Rs 22.96-26.76 lakh (ex-showroom). Like before, the Compass comes with two engine options – a 2.0-litre, turbo-diesel which produces 170-bhp and 35.69-kgm of torque; and a 1.4-litre, turbo-petrol which produces 160-bhp and 25.49-kgm of torque. Jeep is offering the Compass with a choice of a six-speed manual and seven-speed DDCT transmission. The latter has even been introduced in the Sport (petrol variant), due to popular customer demand.

As far as styling changes on the outside go, there isn’t a major overhaul. At the front, the chrome grille now gets a honeycomb pattern, new headlights with LED DRLs, a faux skid plate and new alloy wheel design. Inside, there’s quite a lot to talk about. First up, the 10.1-inch floating touchscreen infotainment display that attracts all the attention and the Compass now gets a fully digital instrument cluster as well. It even features FCA’s latest UConnect 5 infotainment system.

Furthermore, under the centre display screen lies newly designed AC vents and controls for HVAC. As far as tech is concerned, it also has Apple CarPlay and Android Auto integration, wireless smartphone charging and a 360-degree camera. Its dashboard now looks plush with double-stitched leather inserts and let’s not forget the new three-spoke steering wheel and ventilated seats. The updated Jeep Compass squares off against the Tata Harrier, MG Hector and Hyundai Tucson. The off-road bias Trailhawk variant is expected to arrive sometime in the near future.