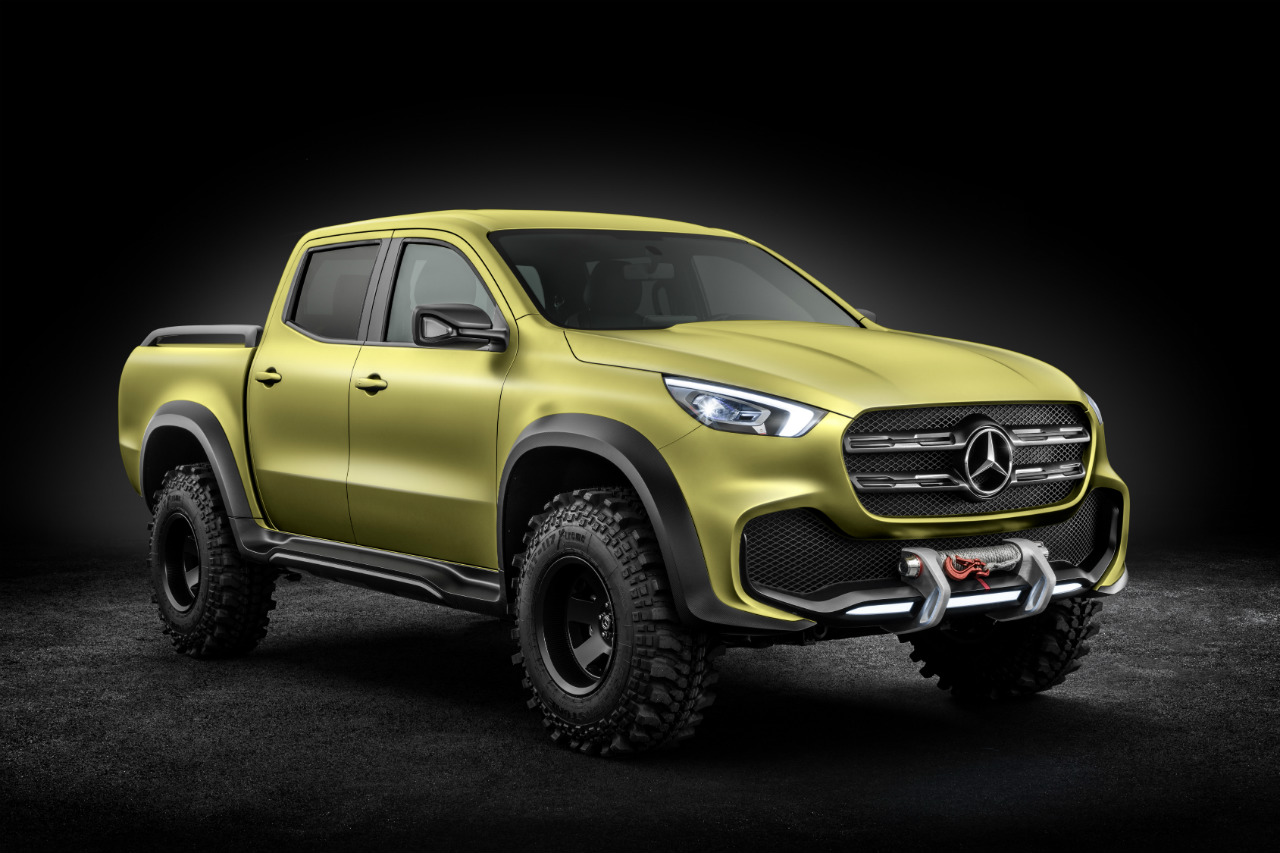 A posh version of the Renault Nissan pickups might be undermining what the X-Class is all about. While it’s based on the same platform as said vehicles, and will be produced with Renault-Nissan’s help, Merc’s foray in the pickup market is anything but mundane. Showcased in concept forms (two of those), the X-Class will go on sale in certain markets by late 2017.

First, the basics: it’s got a ladder frame underneath, a permanent all-wheel drive system, ‘high-torque’ six-cylinder engines – latter on top-spec versions – and of course the hugely likeable styling. On the inside, it has space for five (double-cab only) and a total payload capacity of 1.1 tonnes. Not relevant for the Indian market, but the towing capacity of 3.5 tonnes is commendable as well.

While the production version is still some time away, the showcased concepts represent two different takes on the pickup category. One is the more street orientated version, called Concept X-Class stylish explorer, which gets 22-inch alloys with low profile tyres, body-coloured bits, among other things. A single louvre grille up front and a very clean rear-end, along with white and brown leather interior encapsulate its approach.

On the other hand, the Concept X-Class powerful adventurer is all about going off-road. Look beyond the striking paintjob, and there’s a multi-slat grille, a winch, underbody guards, and wheel arches finished in a contrasting colour. Then there are the 35×11.5 tyres, metal hook at the rear, and the tailgate is different to that of the other concept, and there’s no tonneau on the load bay, either.

Mercedes Benz is looking at catering to the needs of five customer groups including those who want a workhorse pickup to those looking at pickups for recreational purposes. Hence car-like interior, performance, and safety are key components in the X-Class. That’s why the plush cabin won’t look out of place. The concepts’ interiors include leather upholstery, aluminium trim elements, a multifunctional touchpad, and Merc’s regular, ‘free-standing’ central display. That Merc hasn’t forgotten to include a regular handbrake in the centre console is a testament to the fact that the company is trying to offer the best of both worlds.

Important markets for the X-Class will be Latin America, South Africa, Australia and New Zealand, and Europe.