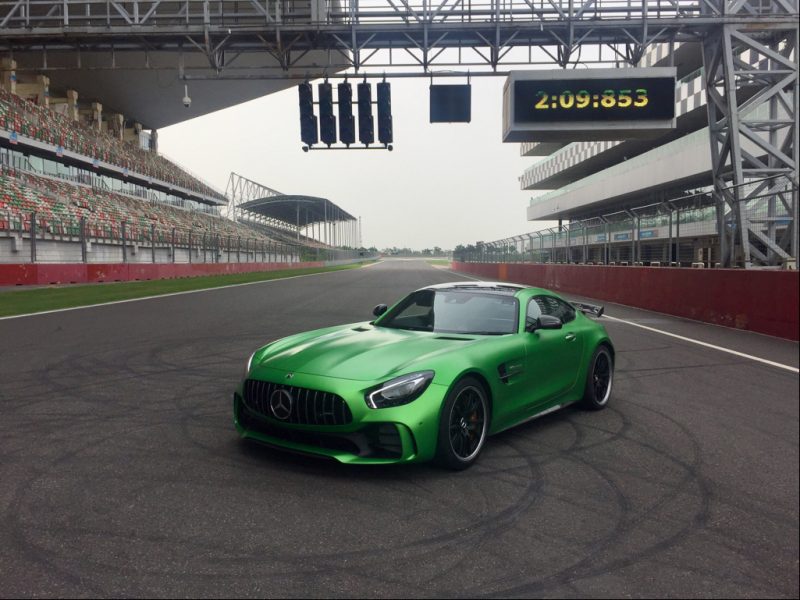 Ahead of its launch on August 21, the Mercedes-AMG GT R is in news for setting the fastest lap time in a production car around the Buddh International Circuit. Supervised by FMSCI, the car — piloted by driver Christian Hohenadel — beat its predecessor, the SLS’s 2m 14.521s time by a good four seconds, managing its best of 2m 9.853s.

That just adds to the list of accolades for the car, which also happens to be one of the fastest ways to go around the ‘ring. At a recorded 7m 10.9s, the GT R paraded the Nuburgring Nordschliefe last year, hence setting the fastest, non-official lap time by a street-legal, rear-wheel drive, production car in December last year.

Lighter and with more downforce than the ‘regular’ car, the Mercedes-AMG GT R is also more powerful — at 577 bhp made from the same 4-litre turbocharged V8 engine. It gets four-wheel steer, among other things.

The Mercedes-AMG GT R will be accompanied by the GT Roadster on the day of its launch. Quite a way to celebrate 50 years of AMG, isn’t it!