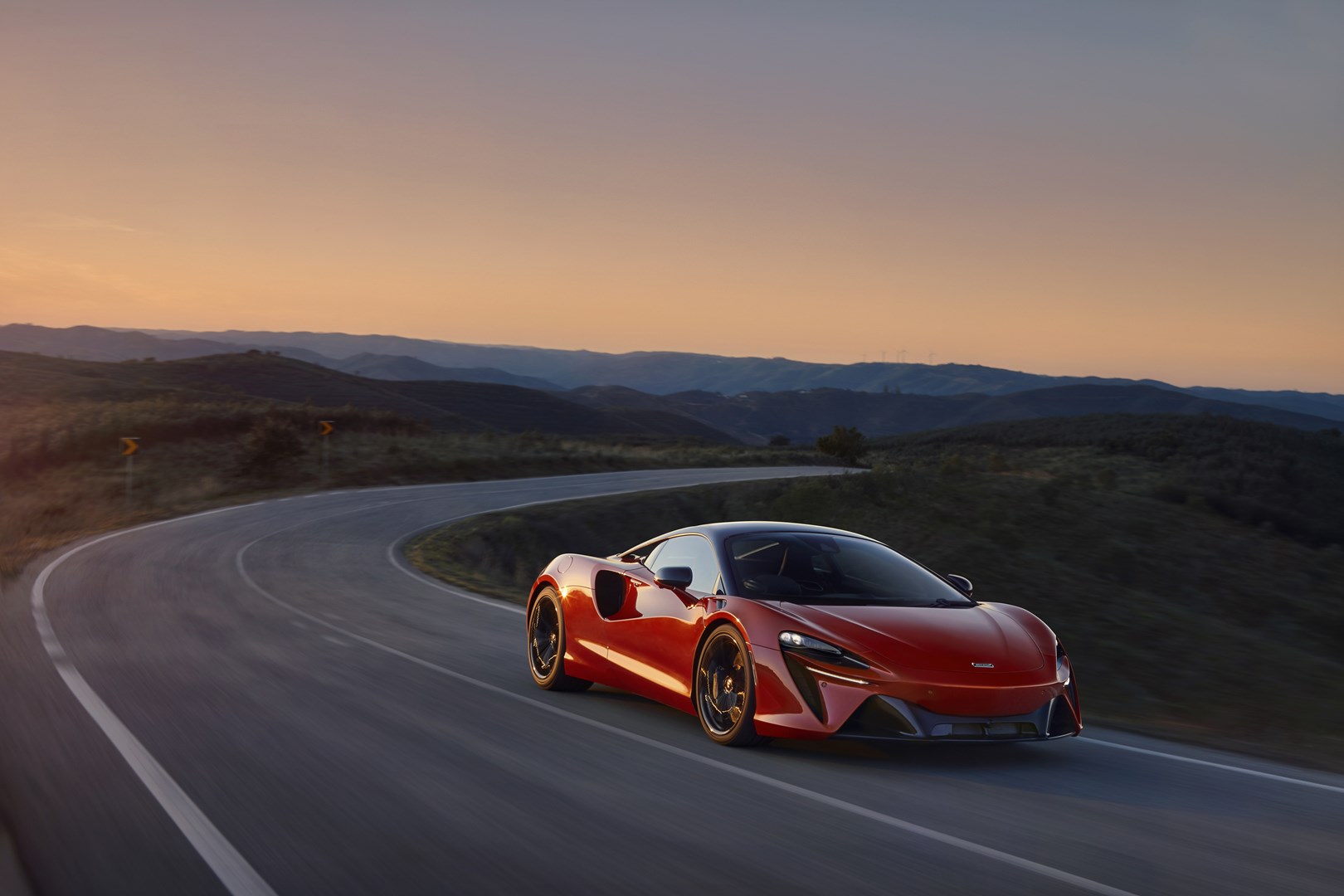 McLaren’s hybrid supercar era has finally come alive with the unveiling of the all-new Artura. McLaren takes a lot of pride with the Artura and rightly so. It features a carbon-fibre tub which has been designed in-house at the McLaren Composites Technology Centre in Sheffield, England. This new architecture, called the McLaren Carbon Lightweight Architecture, alone marks the beginning of a new era for McLaren supercars. 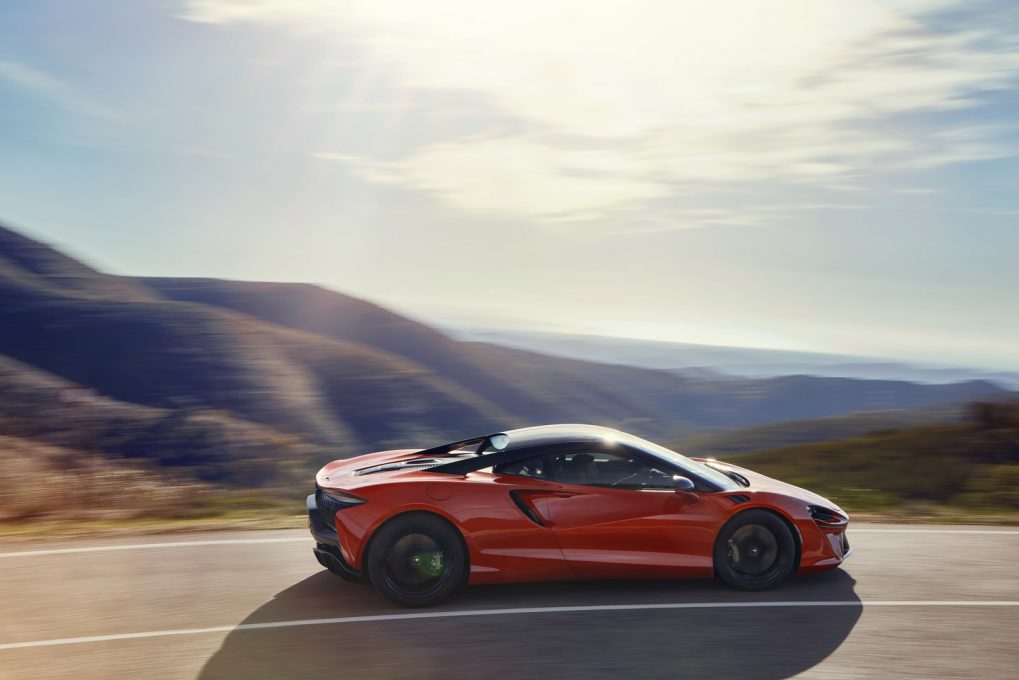 Under the Artura’s hood is an all-new M630 twin-turbo 3.0-litre V6 engine arranged in a 120 degree hot-vee layout. There are multiple benefits obtained with that engine configuration. In non-engineering speak, the V arrangement gives the turbos more space which allows for short equal-length exhaust manifolds in the turbines to cut lag. And for optimizing the emissions’ performance, there’s also a particulate filter. In addition to that, it also improves the car’s handling thanks to its lower centre of gravity. McLaren is claiming the Artura will be as quick as the 600LT. 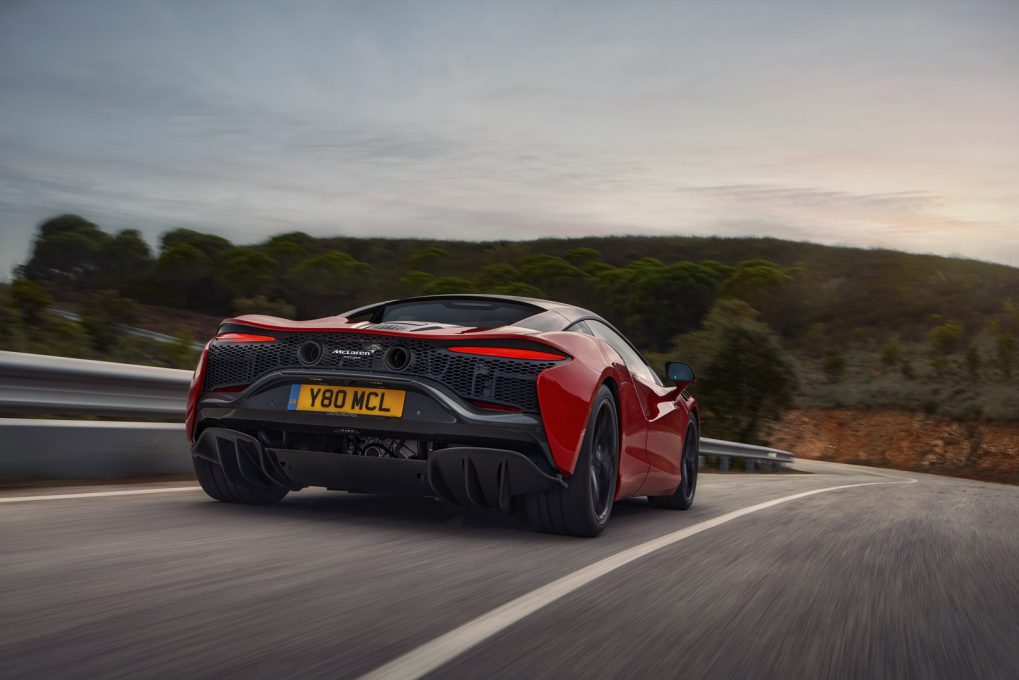 Letting the numbers speak then, for now, the Artura produces in total 671 bhp, which includes 577 bhp and 59.65 kgm of torque from the engine itself, and 94 bhp and 22.94 kgm from its electric motor. More on that electric motor later. Keep your right foot planted and the Artura rockets to 100 kph in 3 seconds and if you keep it planted for another 5.3 seconds, it will reach 200 kph and finally max out at 330 kph. 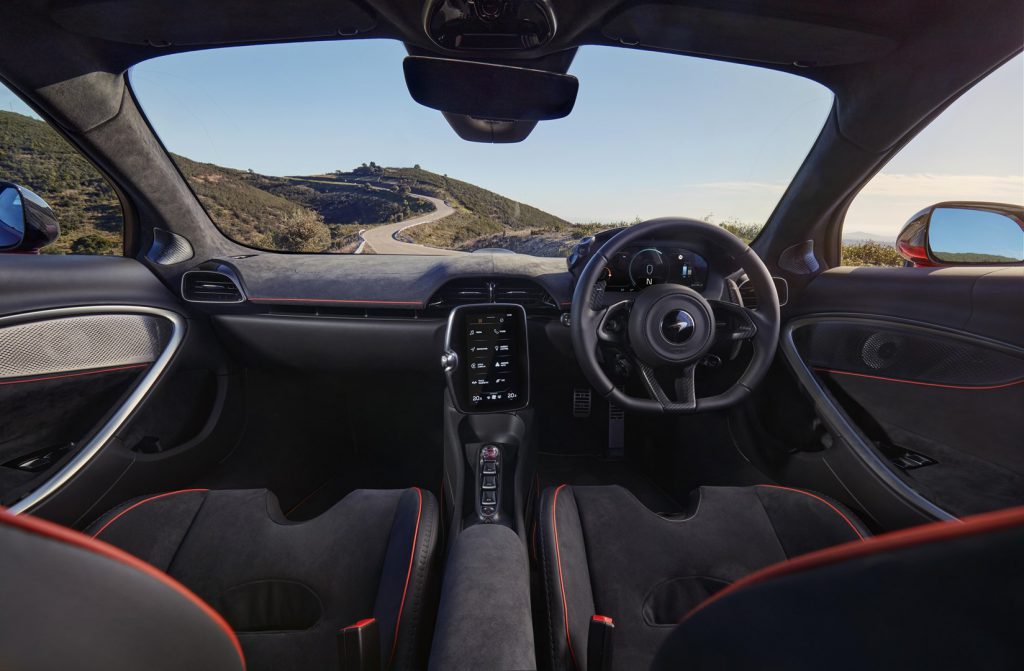 Now that we have the numbers covered, let’s talk about the axial flux electric motor which works in sync with the 3.0-litre V6 engine. This new axial electric motor is smaller and more power-dense than a radial flux electric motor. What it means is that the torque delivery from the motor is instantaneous and is almost 33 percent greater than the system seen on the McLaren P1. There you go, with that, the throttle response is also sharper. The five lithium-ion modules on the Artura offer 7.4 kWh of usable energy capacity and give it a pure electric range of 30 km. You even get multiple powertrain modes. In E-mode, the Artura, by default, has a silent start, utilizing all the battery charge for fully electric driving. When you use the Comfort mode, just drive under 40 kph and the nosy neighbours wouldn’t hear a thing. Yes, it is a silent machine that trudges around in traffic thanks to the electric motors, again. Then there’s Sport and Track mode where the electric power truly comes in handy for that extra boost off the line. 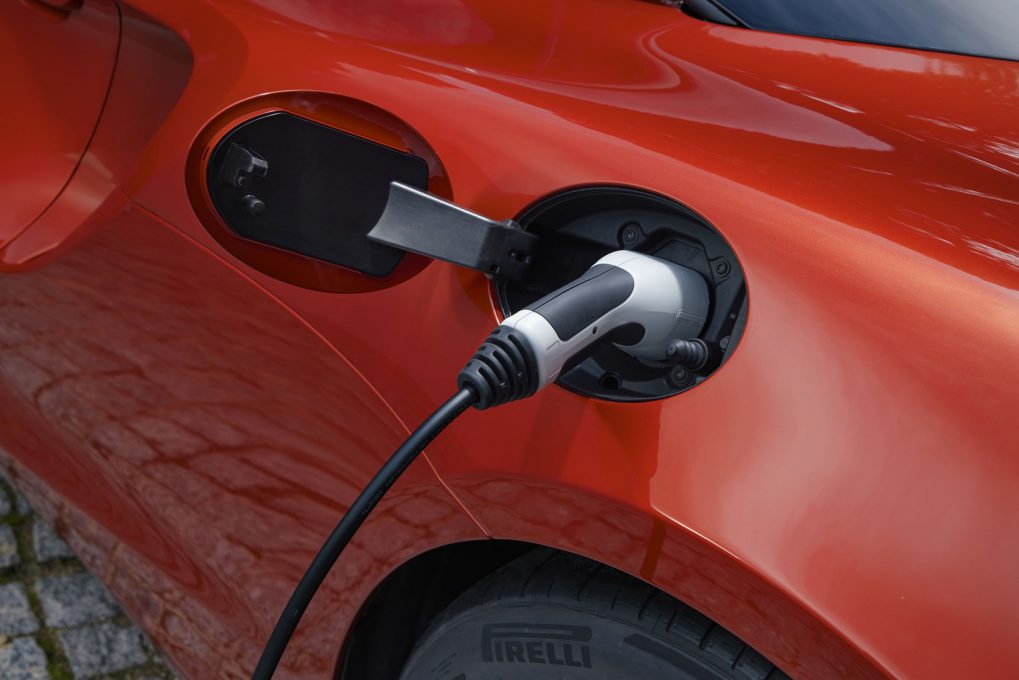 Another new addition to the Artura is the 8-speed automatic twin-clutch transmission. Interestingly, there’s no reverse gear in it. Here, again, the electric motor comes in handy when it runs in reverse. Also, this new transmission has shorter gear ratios which lets the driver stay in the power and torque band for longer. Most importantly, the new gearbox saves weight and is compact, too. McLaren engineers did exceptionally well with the Artura’s kerb weight. So much so that it is even lighter than a non-hybrid supercar. This is all thanks to McLaren’s carbon-fibre tub and lightweight components used throughout. 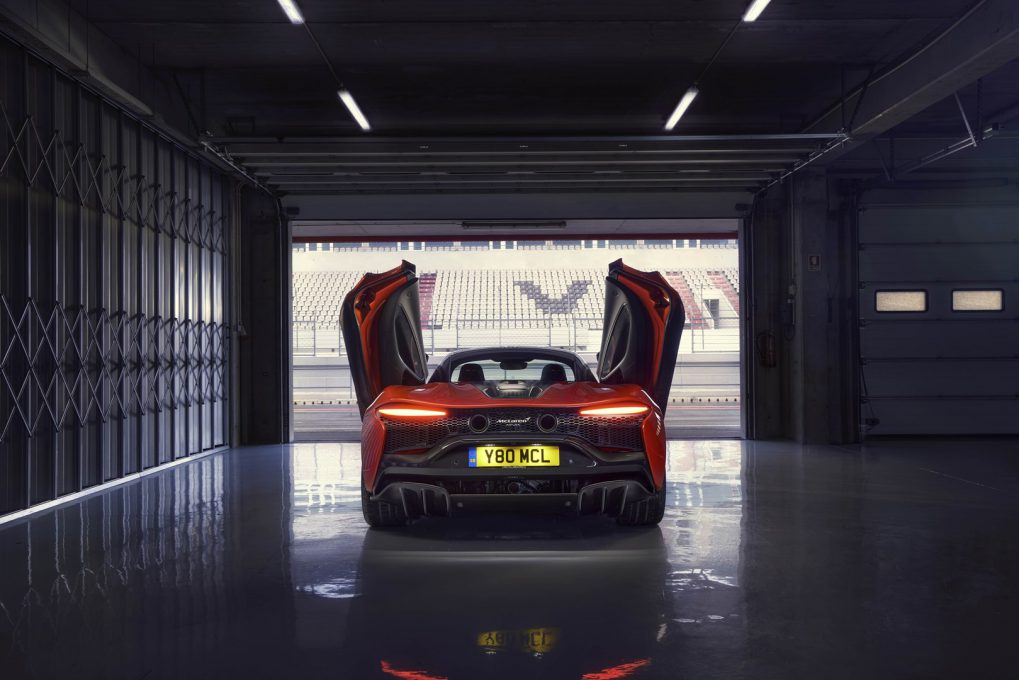 Inside, the cockpit’s ergonomics cater to the person behind the wheel. The driver’s seat is a lightweight single-shell bucket seat with a moveable backrest. On the steering wheel, the instrument binnacle is mounted directly to it, and on top of it, there are powertrain and handling modes. This allows the driver to switch between modes without having to move their hands off the steering wheel. Also, this one’s an electrically powered hydraulic steering. Take note, purists. 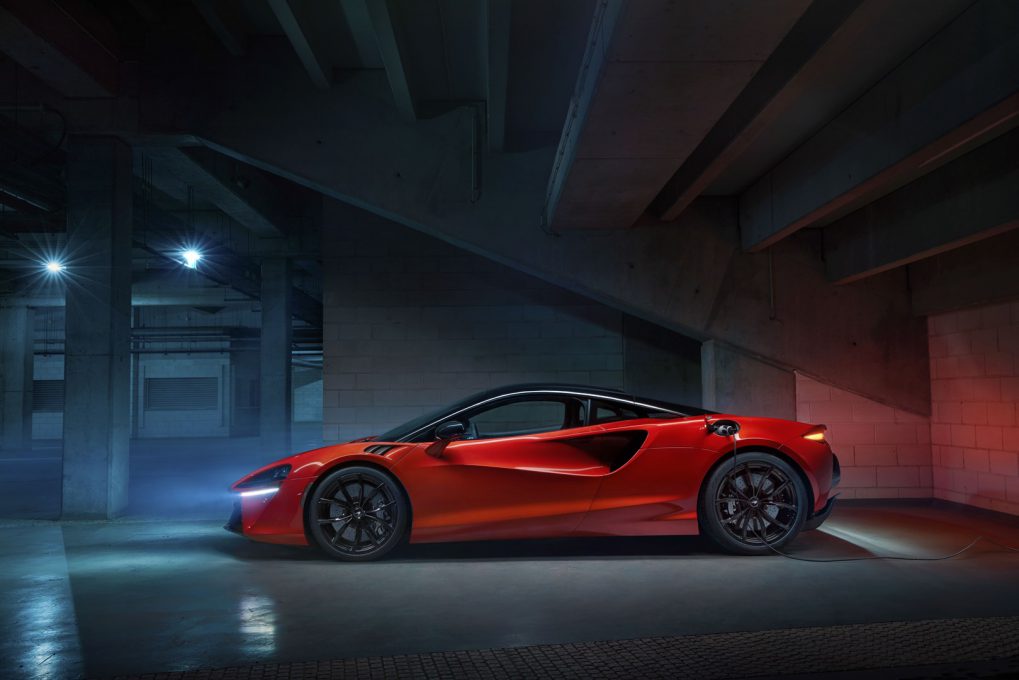 McLaren’s intent with the Artura is quite strong and it sets an excellent benchmark for its own sake. It’s now safe to assume that Woking still has the potential and all the tools to produce such evocative cars in the future.