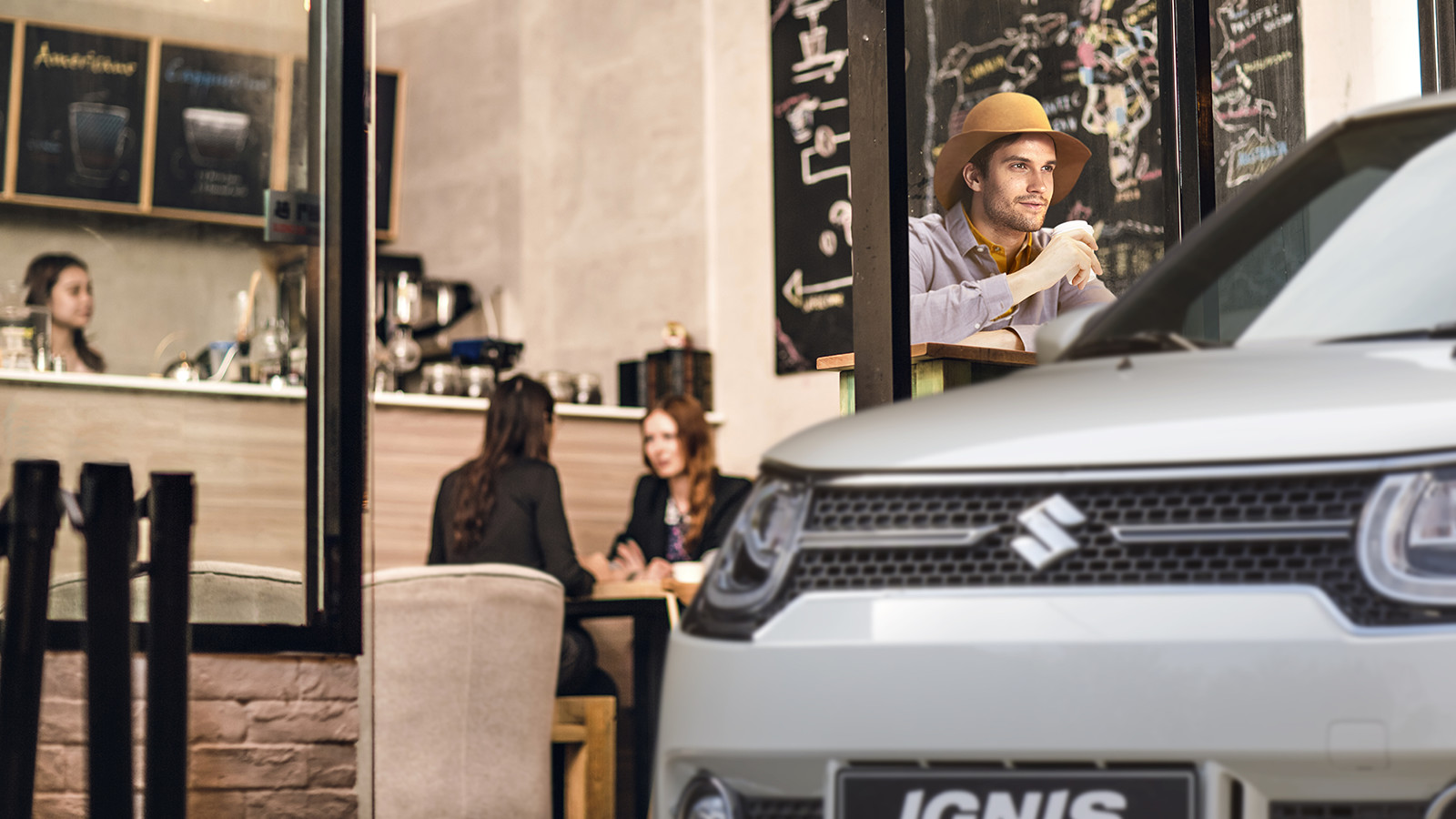 Alright, I’ll bite. What have you got?

The design of the Ignis pays homage to not one, but three different Suzukis of old. Didn’t know that, did you?

Three? That will make the Ferrari Special Projects division proud!

Exactly. A design that celebrates three important Suzukis of that past, and which can be bought for the price of a Mahindra KUV100, in the future. And the only adjective that can be politely used to describe how the KUV looks, is ‘interesting’.

See those three strakes at back? That are from the Fronte Coupe, from the 70s. If you look through the Fronte family tree, you will see our very own Maruti SS80 hatch there.

The headlamp-in-the-grille design of the Ignis is from the Suzuki Cervo. And that small dummy-air intake on the side of the clamshell bonnet is from the first Suzuki Vitara. In fact that little tit-bit was there on the last Vitara too.

They really have put some thought behind it then. It does look refreshingly good.

It honestly does. It sort of looks like as if Suzuki started out with designing a normal hatchback and then put the clay model in a vice and squeezed it from both ends. Its comparison with the KUV100 is not a coincidence because dimension-wise, the difference between these two just a couple of millimetres. The KUV is a bit taller though, and has a larger fuel tank, at 35 litres, against the rather tiny 30 litres that the Ignis’ boasts.

I am going down the rest of the brochure and mechanically, it reads like a Suzuki parts-bin paella.

Well, yes and no. The Ignis does not share a platform with anything else — that is entirely new. Suzuki has worked on making everything lighter, but stronger and creating more space for the cabin. What is shared are the engines, the 1.2-litre K-Series mill, and, in India, the 1.3-litre Multijet diesel. The K-Series engine is available with the SHVS mild-hybrid start\stop system that we have seen in the Ciaz and the Ertiga.

Yes. The K-Series engine puts out 84 bhp and the 1.3-litre Multijet will come in the 75 bhp tune. But they are only going to be pushing around 810 kg (empty), so should be enough to maintain our 10 kph average speed in the cities. And yes, yes, before you ask, it will come with an automatic version too, with an AMT gearbox. Phew, right?

Oh! I see there is an all-wheel-drive version!
Yes, a viscous-coupled automatic all-wheel-drive system which sends power to the rear wheels when the front starts slipping. So, basically a front-wheel drive the rest of the time. Hang on, I see you heading to Google. A viscous coupling is like a hub with a clutch, with the two shafts at either end. They are engaged only when the rotating speed between the two changes, thickening a liquid, which transfers the torque.

Good, good. But we are not getting that are we?

No. But maybe later. If customers, like you, are willing to spend on an all-wheel-drive system, instead of an infotainment system.

And you will get it, in the Ignis. There is a tablet-sized screen stuck on top of the dashboard with the infotainment system supporting Apple CarPlay, navigation and hands-free Bluetooth. But forget that, I find these slapped-on screens on dashboards an extremely lazy way to integrate them. Look below that, and that row of toggle switch-like controls (a la MINI), and the clever placement of the climate control buttons look very smart. So are the funky-design of the air-vents and splashes of color of the grab handles and central console sides. Very cool.

I have a bad feeling that this very useful Dual Camera system is not going to come to India.

Government regulations, calibration for our roads, cost are some of the reasons why it wont come here. It is quite an innovative piece of technology right? So there are two cameras placed on top of the windscreen which scans the road ahead, with two of them creating a stereo image, analogous to what our eyes see. And using that camera feed, it can determine if the car is not maintaining the lane, is weaving around dangerously, or is about to have a collision. In any of these situations, the car will give of visual and audio warnings, or if it detects no reaction, brakes for you or vibrates the steering.

I am bored now. Is there anything else that you need to say?

The Ignis’s ground clearance is 180mm, the turning radius is 4.7m (smaller than KUV’s), the rear seats can split and fold individually, dual front airbags will be standard, ABS with EBD will also be standard, while the infotainment system, reverse sensor with cameras will be available in the higher variants. And that it has discs up front and drums at the back. And that the 1.2-litre K-Series manual can hit 100 kph in 12.2 seconds. And that…

Stop blurting out the brochure, I can read all this. Bye.