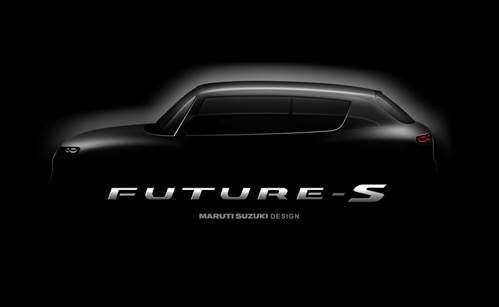 Maruti’s press release calls the upcoming Concept Future S, a ‘uniquely styled compact car that has a bold presence with its distinct SUV-like character aimed to delight customers in the compact car space.” It will in all probability be a show-star for MSIL at the 2018 Auto Expo. The company has released a sketch to give you an idea of how the vehicle will look.

In addition, it’s also mentioned that the Concept Future S, or #ConceptFutureS as Maruti calls it, will have an upright stance, a bold front-end, a unique A-pillar design, high ground clearance, commanding driving position, taut shoulders and a rear end which adds to its dynamic appeal. It’s  claimed to be the big step-up in the company’s design language.

The company’s senior Executive Director, C V Raman, said, “The increasing preference for UVs and their bold architecture inspired our design team to study a new character for compact cars. ConceptFutureS could mark a distinctive shift in how compact cars are shaped and designed in India in the future.”

Further details about it will be made available soon.