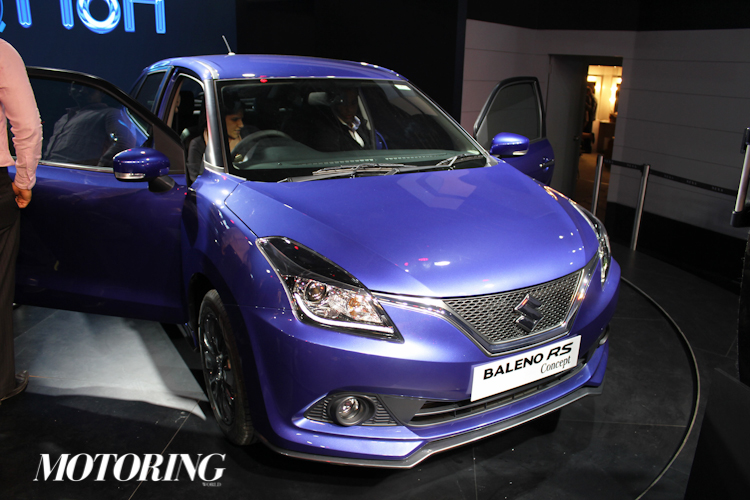 Showcased at the Auto Expo last year, the Baleno RS will be launched on March 3. Apart from the addition of a mild (read pleasurable to the eyes) body kit, the car will also mark the debut of Suzuki’s acclaimed Boosterjet engine.

Variant, pricing, and final specification details will be announced at the time of the launch, but the car’s enthusiast-orientated positioning will establish Maruti in the small-yet-growing segment. The 1-litre turbocharged petrol engine is a three-cylinder unit, gets direct injection, and is said to produce max power in the vicinity of 100 bhp.

That might not make it look like the most powerful offering out there, but one must keep in mind that the Baleno is lighter than its rivals – and even than the smaller Swift – at a little less than 900 kilos (for the regular model).

We’ll reserve our thoughts until we drive it soon after the launch. But if international reviews are anything to go by, expect this to be nothing short of a stonker of a car.

The Baleno RS’s main rivals include the Volkswagen Polo GT TSI (which comes with a turbocharged 1.2-litre petrol engine) and the Fiat Abarth Punto (which gets a 1.4-litre turbocharged petrol engine, but is more powerful).

Can’t wait? We cannot, either!