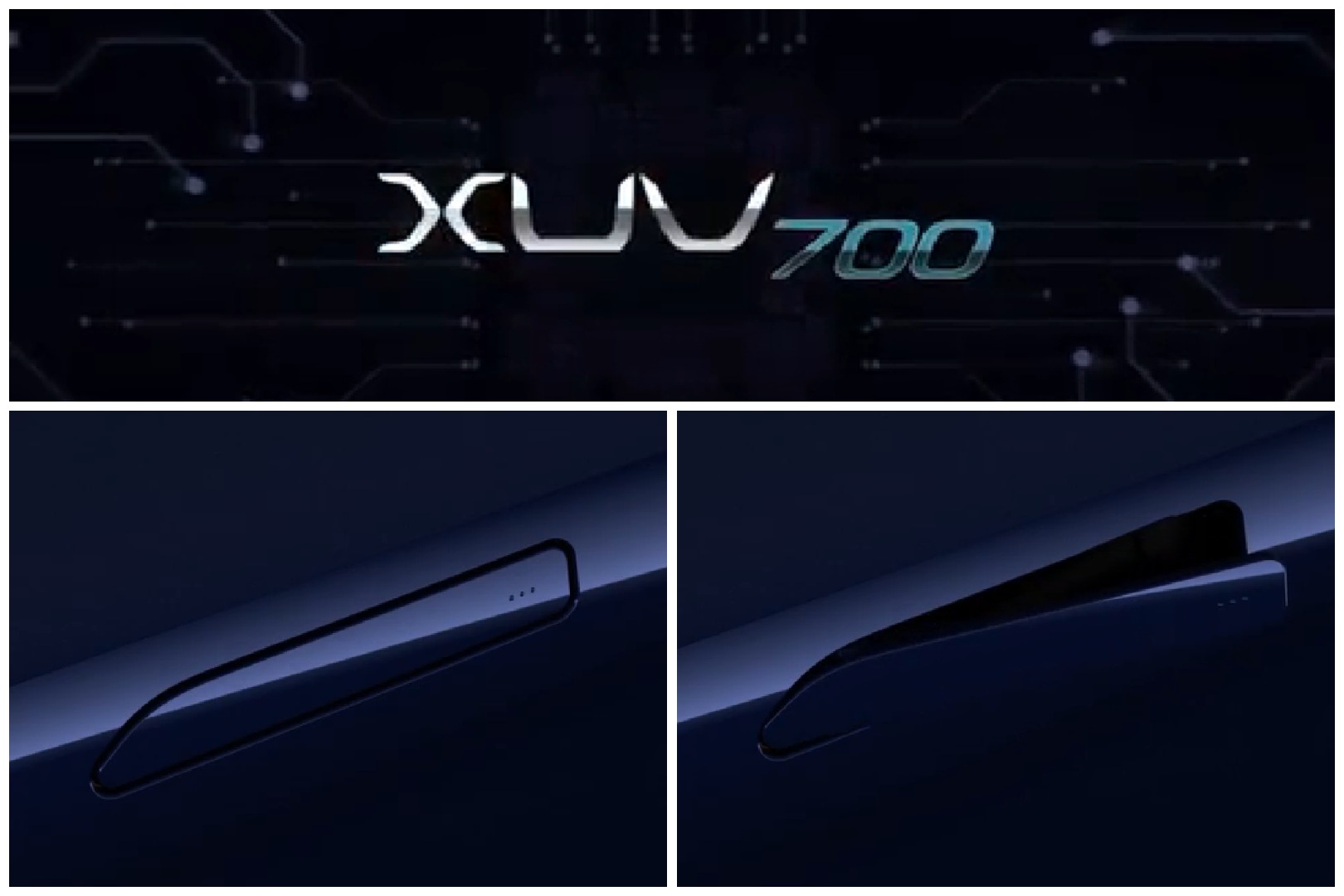 Mahindra has some significant launches coming up this month, with the Bolero Neo all set for a reveal on the 15th and, just as significantly, the XUV7OO to be revealed at the end of July. The firm has been playing tease with the XUV7OO’s details for a while now, releasing little snippets of information on its social media handles. So far, here’s what it says the XUV7OO will have.

A gigantic sunroof
Indian car buyers began a love affair with sunroofs a while ago, and the bigger the better, as far as they are concerned. Never mind the fact that sunroofs appear to be spaces through which a lot of these buyers put their children – and themselves – at risk; that’s a separate discussion. Mahindra says that the XUV7OO will have a ‘Skyroof’ 1,360 mm in length and 870 mm wide, making it the biggest in its segment.

Extra powerful headlights
Mahindra says its ‘Auto Booster Headlamps’ will be a unique feature, switching on additional lights post 80 kph in the dark. This will increase the throw of the lights, for better visibility.

Flush-to-body door handles
A la some Jaguar models, the XUV7OO’s door handles will sit flush with its body and pop out when they need to be used to open the doors. Whether they’re powered remains to be seen.

Personalised voice alarms
For some reason, the authorities in India believe that drivers must be treated like little children, hence the deeply annoying beeps that are mandated in cars at 80 kph and then at 120 kph. Mahindra says it’ll make these warnings more palatable by allowing your loved ones to record a voice message asking you to slow down. If Indians like one thing more than sunroofs, it’s sentimentality, so this could actually be an effective feature.

The XUV7OO is the XUV5OO’s successor, and is likely to break cover at the end of this month. Engine options will be a 2-litre turbo-petrol with 200 bhp and a 2.2-litre diesel with 185 bhp, along with manual and auto ‘box options. Expect prices to be in the range of Rs 12 lakh to Rs 20 lakh.