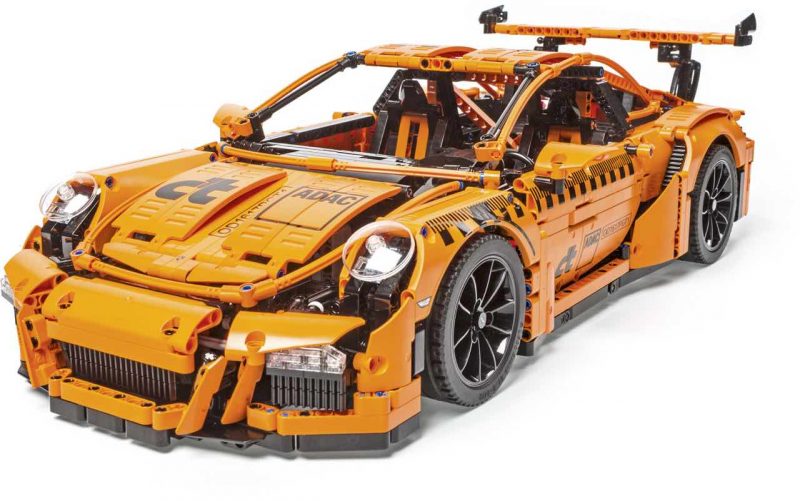 Crash testing the latest and greatest cars is no simple thing, but carrying out the same test on a car 1/8th the size of the original has to be very tricky. More so if it’s made of 2704 interlocked Lego bits. Which is what the Lego Technic Porsche 911 GT3 RS is.

Retailing at about Rs 31k, the Lava Orange car is one of the finest Legos you can find, with an unimaginable attention to detail (a fully functional PDK gearbox, for example), a laser-etched plaque, and the exact wheel design like as on the flagship 991, bar the 911 R. All of which make crash testing one even more difficult, doesn’t it?

But none of it was going to stop German magazine c’t from doing that. With help from ADAC, a fully assembled example was then rushed at 46 kph, headed towards a stationary wall with a 40 per cent offset obstacle. 300 kW halogen bulbs lit the scene for the super slo-mo cameras to operate perfectly, a dash camera was fitted, and alongside the ADAC dummy, a 3d-printed Silver Horst was seated in the cabin.

As the car was released after attaining a speed of 46 kph, it surprisingly didn’t jump off the trajectory. Even on impact, it didn’t disintegrate completely into its constituent Lego blocks. The driver somehow couldn’t survive the impact — so chances are the yellow Lego man will not, either. The passenger miraculously survived the crash with a broken leg.

The slow-motion video coupled with the Blue Danube Waltz in the background oddly enough brings satisfaction like no other. Of course the GT3 RS is safer in real life, and the fact that the Lego version managed to travel at 46 kph is simply a testament to the chassis engineers at Lego — and Porsche, too, maybe.

Read more about it on ADAC’s blog here.

Photos and videos courtesy of ADAC and c’t