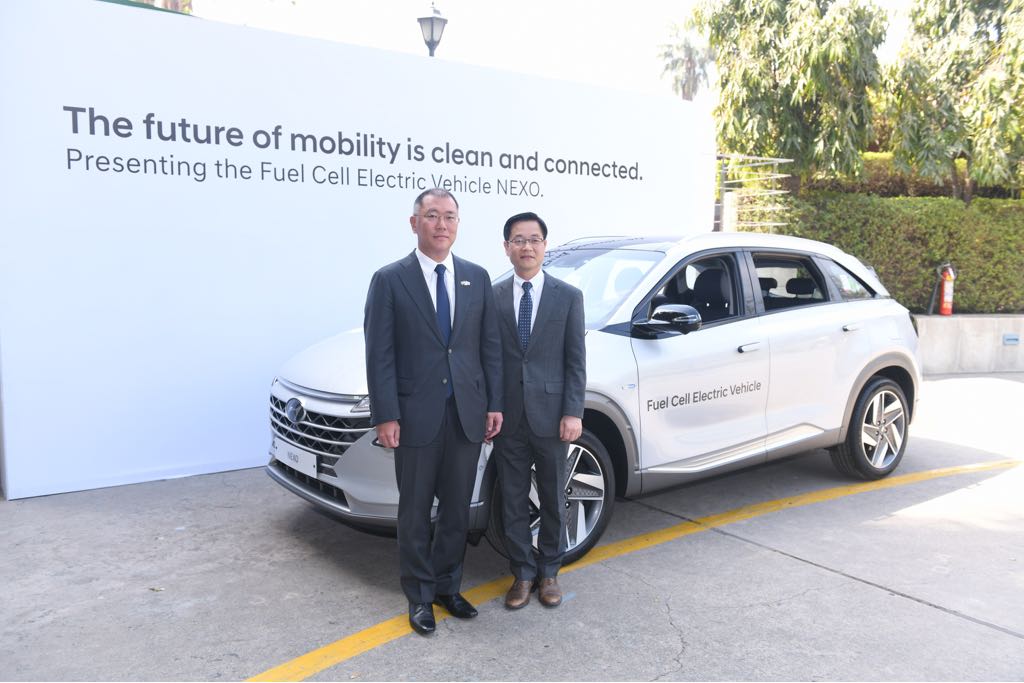 At the India-Korea Business Summit, Hyundai has offered a glimpse into the future of motoring. Alongside the Ioniq EV, which was also Hyundai’s show-stopper at the 2018 Auto Expo, the Korean carmaker also showcased the NEXO SUV.

The Nexo is a fuel-cell-powered electric vehicle and offers a range of a little more than 600 km on a single charge. It doesn’t use the conventional methods of producing energy, has zero emission of greenhouse gases, and even purifies air while at it. You can also take a look at how much you’ve contributed to the environment via a display on the instrument console. The purified air from the Nexo is said to be 99.9 per cent free of particulate matter.

Hyundai’s VP of Namyang R&D Centre, S H Kim said, “We are glad to participate in the 2nd India-Korea Business Summit 2018. Hyundai has a long term commitment towards Make-in-India for the past 20 years and today we are proud to showcase the Next Generation Fuel Cell Electric Vehicle – HYUNDAI NEXO SUV, for the first time along with Global EV – IONIQ at the India Korea Summit 2018.”

Hyundai also announced the Kona Electric in Europe ahead of its public debut at the 2018 Geneva International Motor Show. The compact SUV will be available with a range of up to 470 km, a 0-100 kph time of 7.6 seconds. You can read more about the Kona Electric here.