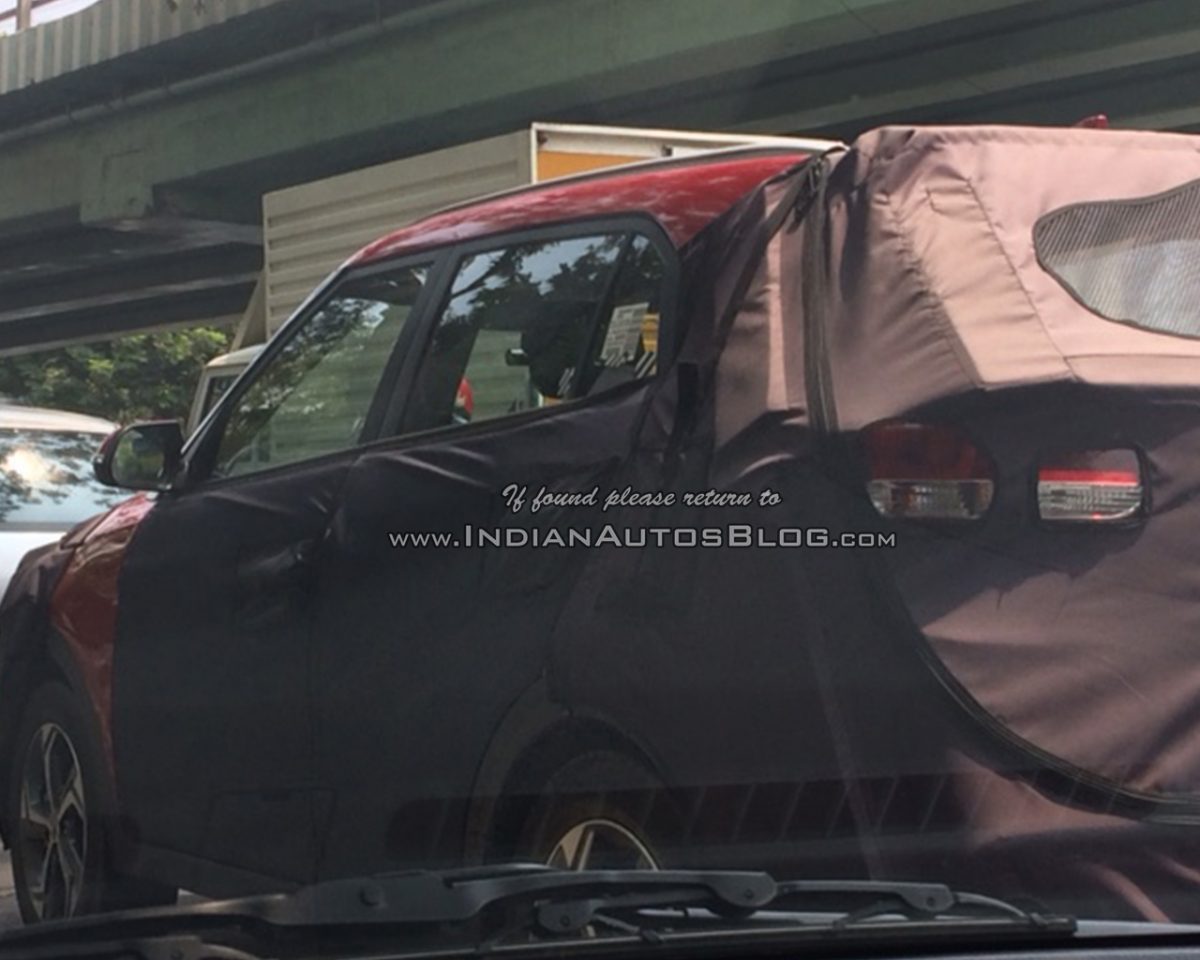 Since its launch in the summer of 2015, the Hyundai Creta has, in a way not too dissimilar to that of Bryan Adam’s hit song, made it to the top of charts. And there’s quite some reason behind it, too. The Creta is well-behaved on the road, has enough power for journeys both long and short, and has the SUV appearance that most buyers love. Three years hence, Hyundai appears to be ready to give the Creta a nice nip-and-tuck to ensure the added competition doesn’t do any harm to what’s one of the most commercially successful SUVs in the segment.

Indian Autos Blog recently published photos of the compact SUV undergoing testing somewhere in the city of Chennai — which happens to be a stone throw’s away from where the Creta is manufactured. The test mule, although covered, reveals niceties which the Brazil-spec Creta gets: redesigned tail lamps (reverse lamps located in the lower half) and the dual-tone alloys from the Creta Sport. The overall shape, as you can see in the photos, won’t change, while the new ‘Cascading’ grille will certainly bring the Creta closer to the newer Hyundais in terms of design.

Major changes are expected to be limited to that only, so mechanically there won’t be anything new. The range at present includes front-wheel drive standard on all variants, a choice of manual and automatic gearboxes (both of which are six-speed units), and three engine options: a 1.6-litre NA petrol, a 1.4-litre diesel, and a 1.6-litre diesel.

An updated features list is bound to accompany the car, because Hyundais are generally well-specced, especially at the top end. The current vehicle gets ABS and frontal airbags standard on all versions, so that will stay unchanged. A wider availability of features across trims (for instance, currently you can’t spec side and curtain airbags on anything but the 1.6 MT Diesel) will be thoroughly appreciated. Given that the dual-tone finish for the roof works well for the Indian buyer, it can make it to the options list. A new touchscreen infotainment system is also expected on the Hyundai Creta facelift.

A few reports on the wide world of Internet have suggested that it will arrive in the next few months. Let’s wait for the company’s announcement now.