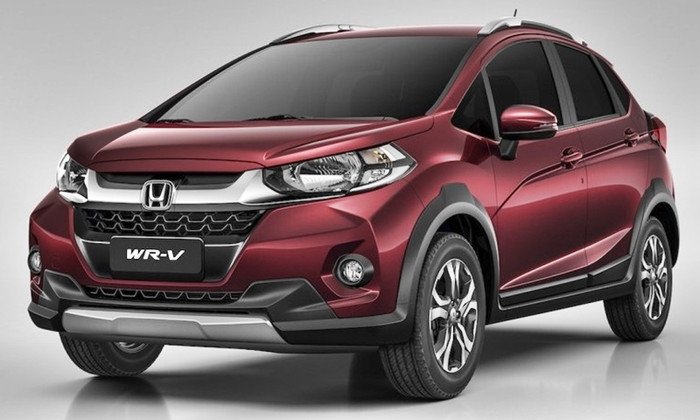 The major issue with most crossover hatchbacks is that they end up looking too similar to the cars they’re based on. But Honda, with its recently unveiled WR-V, will surely change the notion, thereby offering its customers a more rugged-looking Jazz, which doesn’t necessarily look like the Jazz. Expected to make it to the Indian market next year, the WR-V is currently being showcased at the ongoing Sao Paulo Auto Show.

And while the silhouette is identical to that of Honda’s midsize hatchback, the WR-V has a new front fascia, a new rear end, body cladding, roof rails (and surprisingly for a crossover hatchback, they look functional, too), faux skid plates, and 195-section, 16-inch tyres.

Given its position, all-wheel drive is out of the question, but it’s likely to share engines with the Jazz when it goes on sale. Brazil launch is likely to happen before India, but engines there will be slightly different, because of course, they don’t have a four-metre regulation barring the use of engines larger than 1.2-litre (P) and 1.5-litre (D).

While it will be positioned below the HR-V and the CR-V in markets like Brazil, in India the WR-V will share the SUV space with the Brio-based BR-V and the flagship (SUV/Crossover) CR-V.