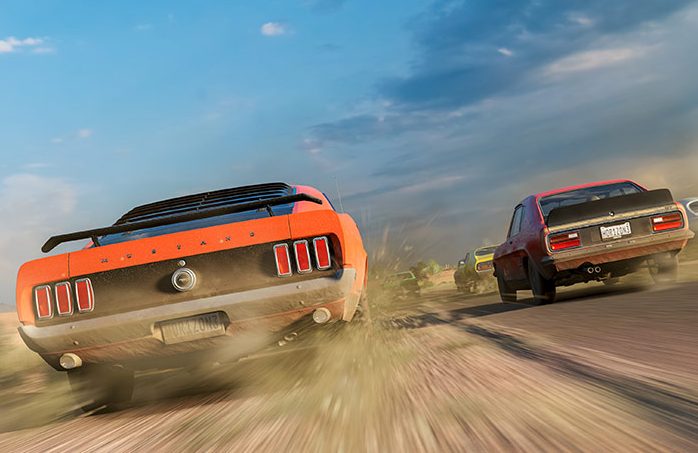 In a battle of simulation vs arcade gaming, there’s a good chance that serious car nuts prefer the former. And with newer, more realistic titles available on various platforms, it’s just about a step and a half away from actually piloting your favourite car around the Nordschleife. So why would anyone look at arcade style of gaming? Well without going the listicle route, let me assure you that one step backwards from reality isn’t exactly a step backwards. We go hands-on with Forza Horizon 3 to find out if it can be a value addition to your Xbox games library.

Not just Xbox games library, actually, as the game is available on PC as well, through Xbox’s Windows app. It’s priced at Rs 3,999, which is not a lot of money, considering console titles have always commanded more than their PC equivalents. Anyway, away from financial matters and more about the game; Forza Horizon 3, at first glance, seems like a polished version of the Need for Speed franchise.

The preview organised for gaming and car enthusiasts at Lamborghini Delhi helped us take a first look at the title. You begin with a Lamborghini Centenario, driving on nice roads, getting a hang of how responsive the controls are, and suddenly you realise that roads are for pansies. Off the road — somewhere no Lambo except maybe the Urus and the legendary LM002 might want to go — you carry crazy speeds, manage long drifts, and eventually end up scaling heights that would otherwise create a hole in space-time continuum.

With steering set to ‘Simulation’, the car feels eager, and with whatever feedback a controller could offer — minuscule in comparison to a steering and pedals setup — it becomes an enjoyable thing. And it’s fairly easy to start feeling like Valentino Balboni in the game, especially because the winding roads, slow traffic, and plethora of relatively slow-moving (when not racing that is) AI cars, feel pedestrian in comparison to the Centenario.

You choose events on the map, drive to them, and then race. And once done with a basic race, you get to lose the Lambo and choose a more, real-world car. My choice was the Holden GTS Maloo: a Ute which can easily bring many a sportscar to their knees. The first race in my case started on a beach. So there was plenty of going sideways, through water — not sure if realism involves hydrostatic lock but I didn’t want to try it either — and when back on road, the vehicle sort of comes alive in your hands. It’s easy to gauge when it will understeer and oversteer, and when it does the latter, it doesn’t feel unwieldily, either. And since the roads are nice and winding, you tend to enjoy every bit of pushing the car as if it was all real.

The other aspect that has to be mentioned is the scenery. The shadows, paint shine, and even the cars look mesmerising, but it’s the surroundings that make you fall in love with the game even more. It’s that specific ingredient which makes this fantasy, free-roam game such a great proposition for car lovers.