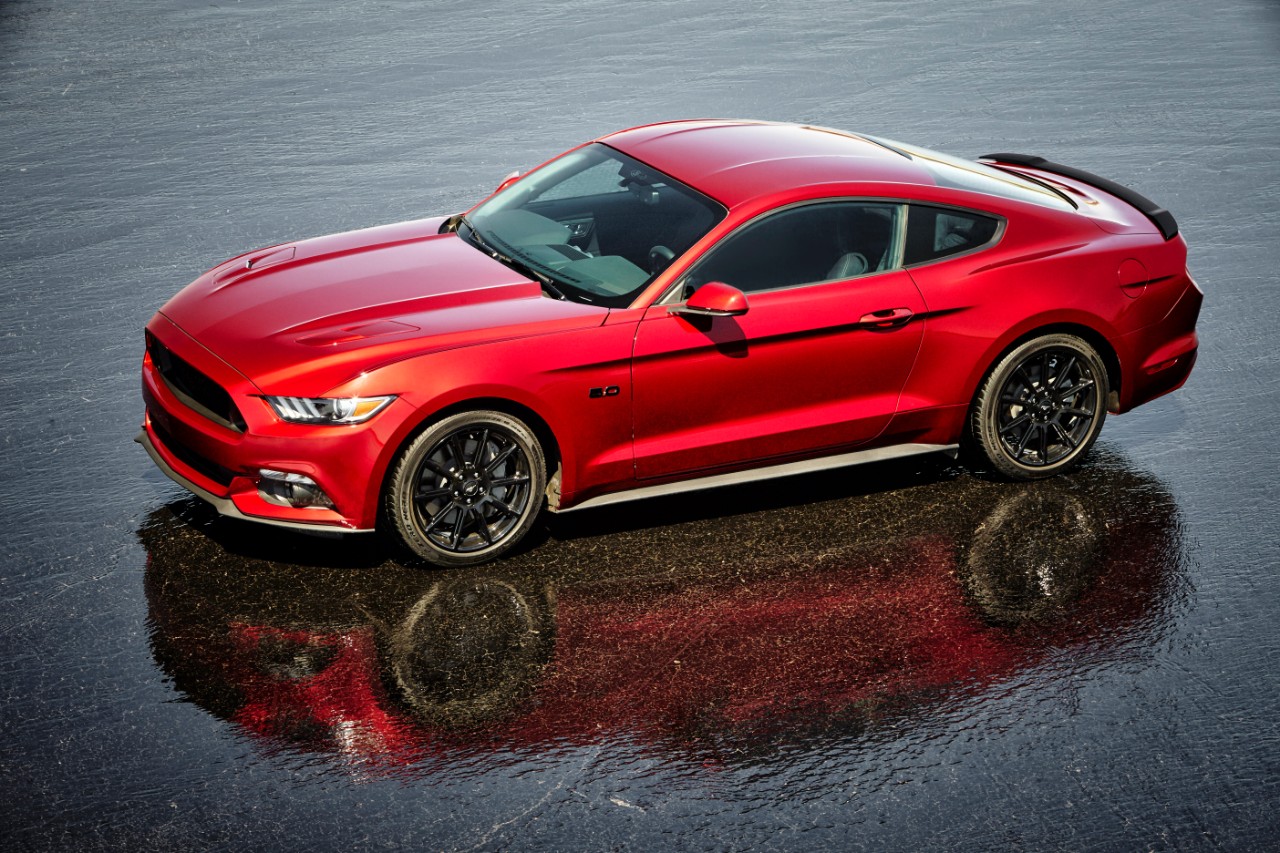 Ford has been whetting our appetite for the new Mustang’s arrival in India for a while now by showing us the car at the Auto Expo earlier this year. The wait is going to be over soon though, because the new Mustang will be finally launched in India on July 13th, along with a drive at the Buddh International Circuit in Noida.

The only engine and gearbox combination available at launch is the 5.0-litre ‘Coyote’ V8, transferring its power to the rear wheels through a six-speed automatic torque convertor. The United States, along with some other export markets get a six-speed manual transmission too with this engines, but it is unlikely that it would be offered in India. Importantly, or unfortunately, export versions of this 5.0 V8 is detuned by 25 bhp, which is the engine tune which we will be getting in India. So instead of producing 435 bhp, the detuned version makes 410 bhp, which will also increase the zero to hundred times, bringing it close 5 seconds. It remains to be seen if Ford decides to bring the 310 bhp 2.3-litre Ecoboost engine to India, because even though it might be cheaper, a four-cylinder Mustang might be a difficult sell in India. The sixth generation Mustang is the first time that a Mustang has been designed to be produced  in right-hand drive variants from the factory itself, which is in Flat Rock, Michigan. This is also the first time a Mustang gets a independent rear suspension, ditching the semi-independent live axle of old.

The Mustang is expected to priced around the Rs 70 lakh mark India.