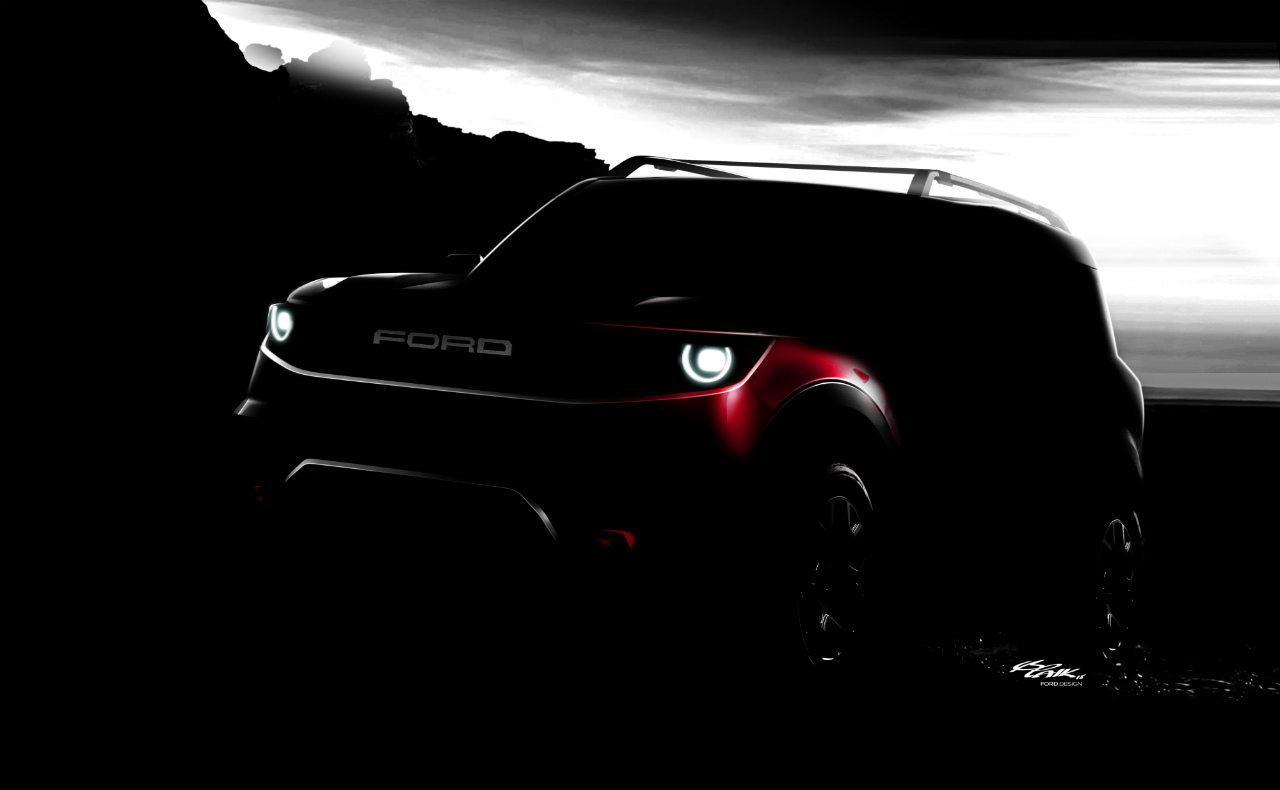 A new SUV from Ford? That must be the hugely awaited Bronco, surely. But it’s not. Of course the all-new Ford Bronco is coming in 2020, but the company will also, for North America, present a smaller off-road utility vehicle. One that, by the looks of it, has a fair bit of boxy appeal, unlike the recent crossovers that the whole world seems to be after. Thankfully.

Ford NA announced in a press conference its plans to focus more on SUVs and pickups, and that it will have eight SUVs by the year 2020. And among these will be the hugely anticipated Ford Bronco and the yet-to-be-named smaller SUV which is pictured above.

The announcement further goes that the new Ford Bronco will come with hybrid tech. The Mustang too will implement electrification but that will be for performance gains, reassures Ford. There will also be a fully battery-driven vehicle by the company, in addition to ST derivates of its SUVs, newer versions of the F150, F-Series Super Duty, Raptor, and commercial models, etc. By 2022, Ford wants to launch six battery powered vehicles.

The inclusion of new products doesn’t just make the line up more intriguing, there will be, by 2020, an effective drop in average showroom age of Ford vehicles from 5.7 years to 3.3 years. The company also understands the importance of SUVs in a market like the US, and has thus announced the reallocation of $7 billion to the segment. And finally it has opted to move to flexible vehicle architectures, which in theory will cut development time by 20 per cent.

Ford’s President for Global Markets, Jim Farley said, “Ford helped start the off-road phenomenon and has majored in off-road capability for decades — from the Bronco to the Raptor. Now we’re ready to reclaim our rightful place as the off-road vehicle leader.”

You’re doing it right, Ford. Also, can we please have the Bronco and the Bronco Jr here in India as well? And please add a Raptor version of the Ford Endeavour to the list, if that’s not too much of a bother. Thanks!