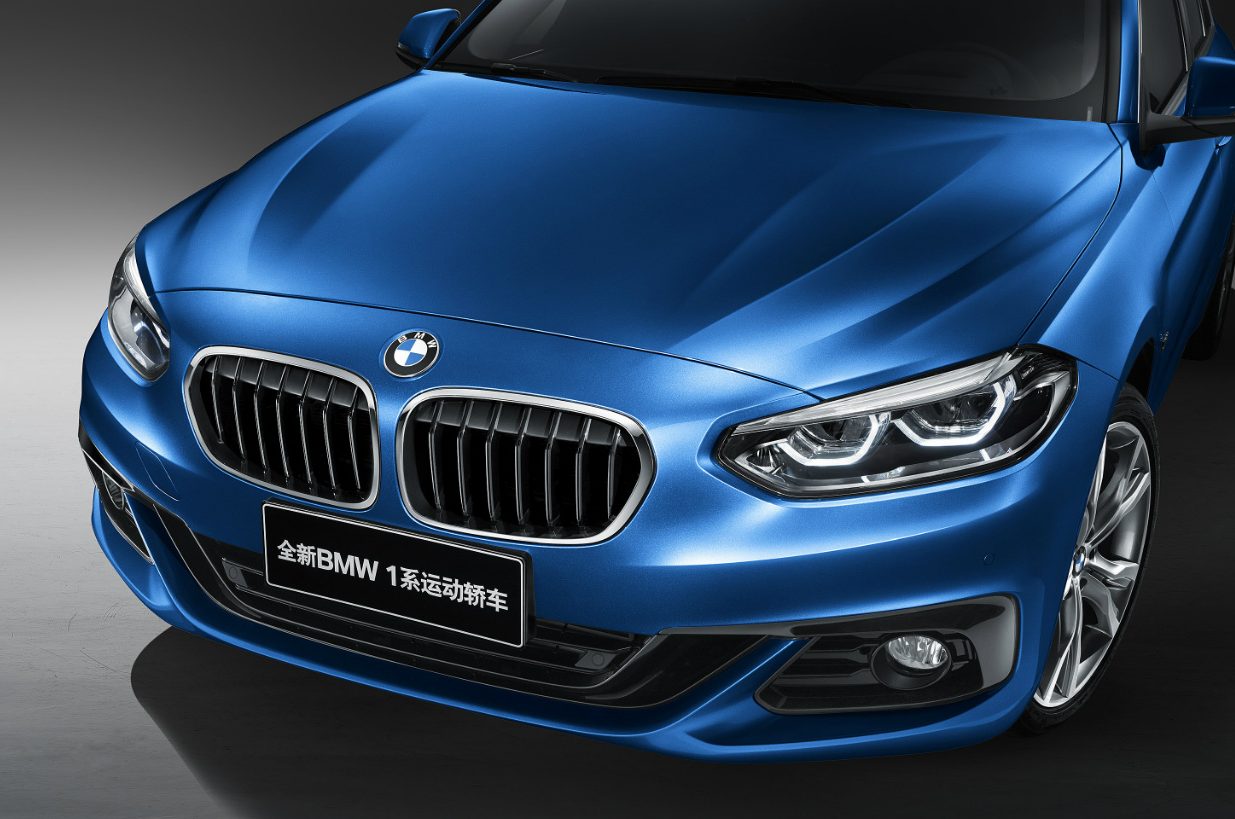 BMW has launched a saloon with the 1-Series monicker in China. The car, although based on the new front-wheel drive platform, is made with Brilliance Automotive, has been in news for quite some time. And it’s relevant, too, especially with both Mercedes and Audi having launched (long ago) their versions of compact saloons: the CLA and the A3 respectively.

The currently China-only car by BMW measures 4,456 mm in length, 1,803 mm in width, and 1,446 mm in height. There are three engine options, all of which are petrol-powered: a 2-litre (in two states of tune) four cylinder unit, and a 1.5-litre 3-cylinder one. The former comes with an eight-speed automatic gearbox, while the latter only six.

And while it’s front-wheel drive, so it’s certainly a step away from BMW’s usual (and much-loved) offerings, but the 0-100 kph time on the top-spec 125i of 6.8 seconds is likely to keep the power-hungry fans happy.

Apart from the staple BMW goodness in the interior, there’s also the iDrive, a panoramic sunroof, colour HUD, and a decent amount of room inside, thanks in main to the 2,670 mm-long wheelbase. On the outside, the top-spec model gets 18-inch wheels, LED headlamps and DRLs, dual exhausts, etc. BMW maintains that apart from the boot, the proportionate design mimics that of the 1-Series. Which is no bad thing, and the boot itself doesn’t look like an afterthought. In the press shots, at least.

In comparison, the Audi A3 Sedan (based on Volkswagen’s MQB modular platform) is available with an engine range comprising the 1.4-litre petrol (upcoming; currently it’s a 1.8 TFSI but is getting an update soon) and a 2-litre diesel engine. The Mercedes Benz CLA (based on the same platform as the A-Class) is available with 2.1-litre diesel and a 2-litre petrol engine.

The 1-Series Saloon goes on sale in China at an equivalent of Rs 20 lakh (direct conversion).  We wouldn’t mind one on sale here, either!

If only it was RWD…