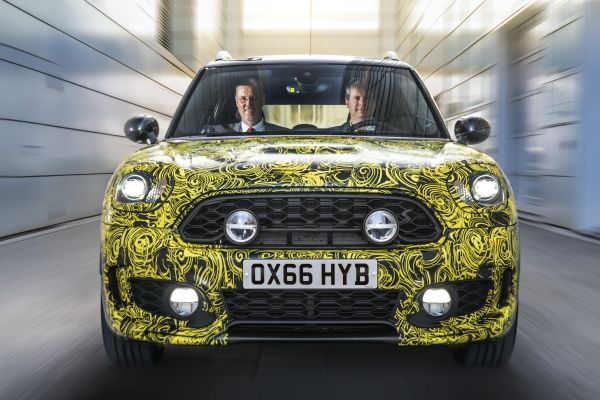 When BMW acquired the Mini brand from its previous owners, little did the world know about electric cars. But times have changed and how! Apart from the apparent capitalisation (MINI; not just the financial matters), there will soon be an electric or rather hybrid MINI. And going by BMW’s announcement, it looks promising indeed.

A near production ready Countryman hybrid was showcased (and driven) by MINI officials. Under the camouflaged bodywork is a parallel hybrid powertrain, comprising an electric motor and a conventional engine. But unlike in other non-performance orientated hybrids, the electric mode has the potential to attain speeds of up to 125km/h.

What’s worth noting here is that while the FF layout is retained for the engine, the electric motor drives the rear wheels. In case of detection of any imminent slippage, the other power source can send power to the wheels with more traction, thus ensuring the vehicle stays stable. Drive modes include Auto eDrive, Max eDrive, and Save Battery. The latter uses the engine alone and helps save battery, or if needed, charge. The added weight of the battery pack doesn’t harm the agility, and of course with added power, there’s a boost in the performance.

As for its launch, the official announcement from MINI mentions that the development for the car is ‘almost completed’. Expect the hybrid engined Countryman to go on sale in certain markets next year.