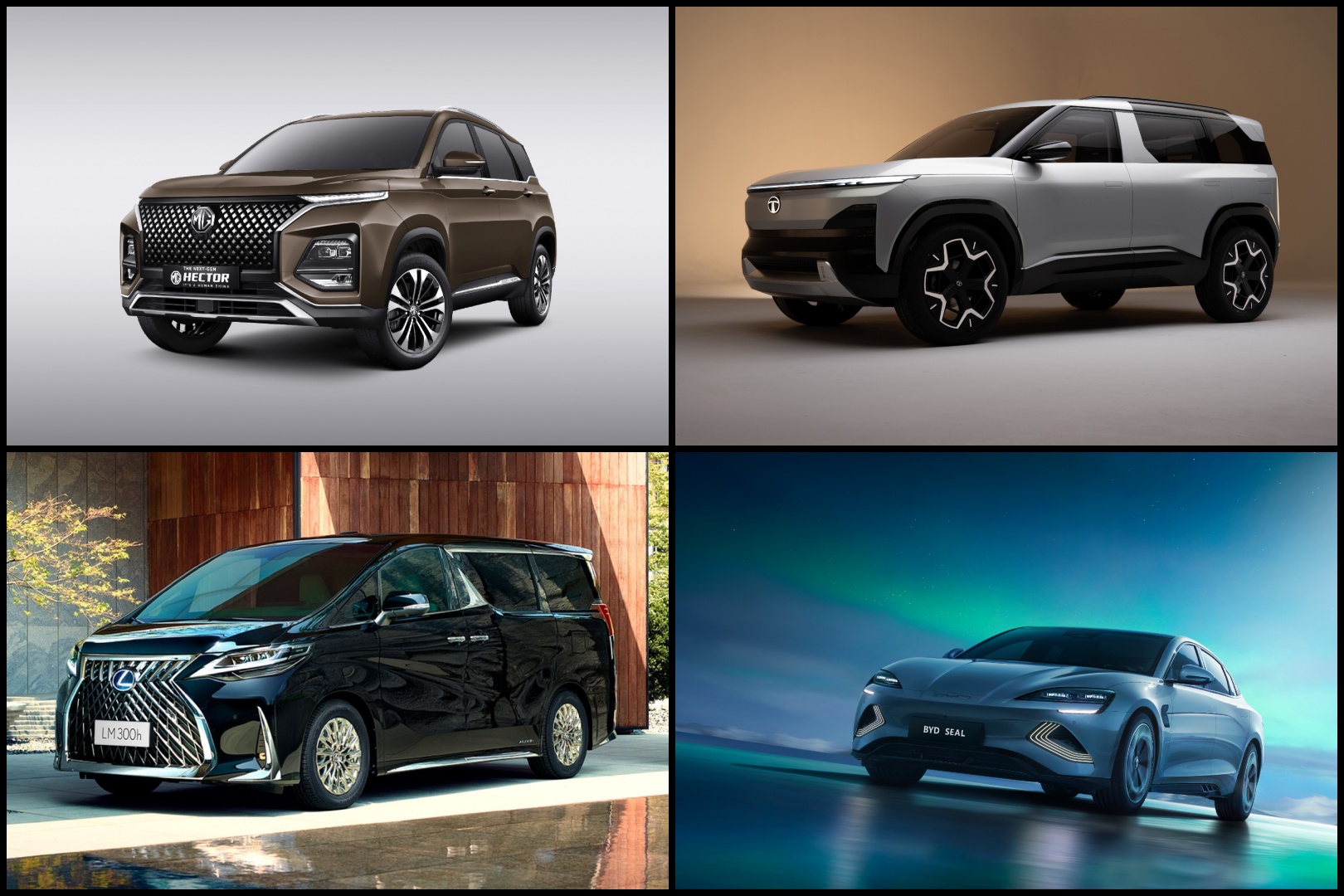 Indians don’t really need an occasion to get together and celebrate, but when we get one, we go the whole hog. The first day of Auto Expo 2023 proved that point. While many were disappointed by the lack of certain popular manufacturers, the ones who did participate did everything to get audiences pumped up and interested. Here are the most notable reveals and launches from day 1 of the 16th Auto Expo.

BYD will soon launch the Seal, an all-electric sedan, in India. The BYD Seal is the first vehicle to use the brand’s CTB (cell-to-body) technology, which integrates the battery into the body. 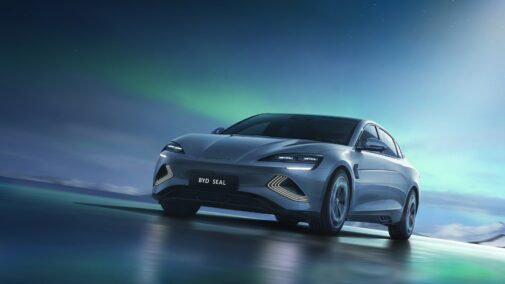 It is outfitted with BYD’s first-generation EV platform (e-Platform 3.0) and the Blade Battery. The car can accelerate from 0 to 100 kph in 3.8 seconds, and has an electric range of up to 700 km on a single charge, thanks to a drag coefficient of only 0.219 Cd.

Priced at Rs 44.95 lakh, ex-showroom, the Ioniq 5 is Hyundai India’s first EV to be based on the dedicated BEV platform called E-GMP. 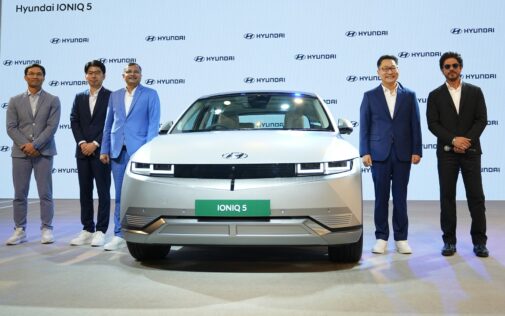 Kia India’s showing that it’s quite serious about its all-electric future by showcasing the Concept EV9. First unveiled at the 2021 Los Angeles Auto Show, the Kia Concept EV9 displays the Korean company’s push for sustainability. Kia says they were inspired by nature, and to underline the eco-friendly character, the Concept EV9 uses upcycled materials developed from waste deposited into marine ecosystems. 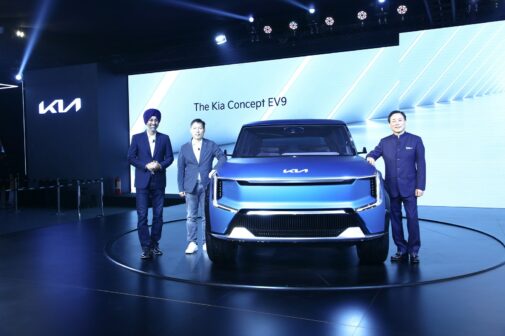 This upright, yet fluid-looking SUV concept has the brand’s new Opposites United design language, which manages to hide its rather large dimensions quite well. It’s underpinned by the same E-GMP (Electric Global Modular Platform) that is used by the EV6 that’s already on sale in India.

Even if Kia wants to call it an RV (recreational vehicle), the KA4 is more akin to the next-gen Carnival. This MPV definitely has some SUV design cues, but not enough of them to hide the overall people-mover shape. 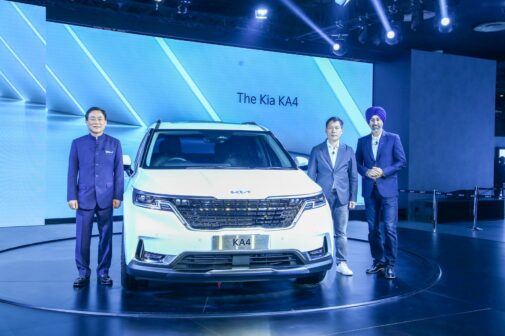 Kia claims best-in-class passenger and cargo space thanks to the sliding and folding second row of captain’s seats. It also sports a comprehensive list of Level 2 autonomous driving assistance tech, and plenty of connectivity and convenience features.

This ultra-luxury MPV may share a lot with the Toyota Vellfire, but it looks unique, and very much like every other Lexus on sale. The Japanese luxury brand will announce prices for the LM 300h in India before the year is out — considering the Vellfire is priced at about Rs 90 lakh, ex-showroom, expect the LM 300h to cost well above Rs 1 crore. 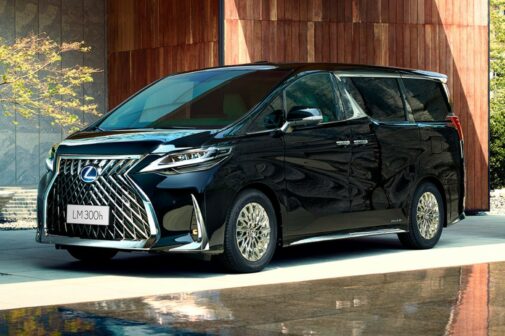 The 215-bhp petrol-electric powertrain, which powers all-four wheels thanks to an electric motor on each axle, is shared with the Vellfire, as is the platform, though the interior is definitely plusher than the Toyota.

Lexus has announced bookings have opened for its large RX SUV. Prices will be revealed by March, and deliveries are scheduled to begin by June this year. There are two variants of the RX on offer — the comfort-oriented RX 350h Luxury, and the sportier RX 500h F Sport Performance. The former shares its powertrain with the LM 300h, Vellfire, and NX 350h, but is tuned to a higher 244 bhp state of tune. 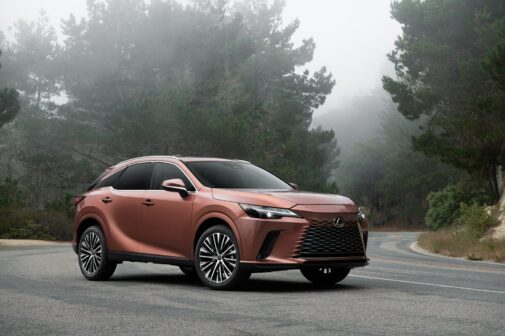 Along with visual cues that tell you this is the faster version, the latter also gets a 2.4-litre turbo-petrol engine and an electric motor, making a combined 361 bhp and 46.9 kgm of torque. Expect it to be priced higher than the likes of the Audi Q5, Mercedes-Benz GLC, and BMW X3.

Maruti Suzuki has finally showcased an EV for India, and it’s coming to a showroom near you in the next two years. The eVX concept SUV has a 60-kWh battery pack offering up to 550 km of range on a single charge, though no power figures have been revealed yet. 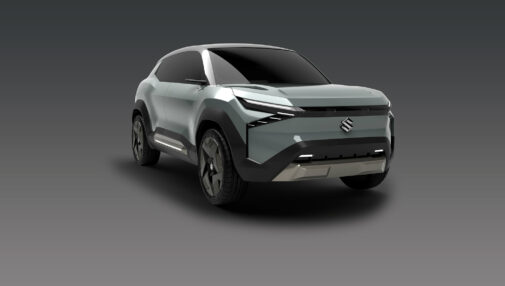 The concept looks decidedly, well, concept-like, with sharp creases, and well-defined musculature adorning its upright stance. When it does arrive, the production version of the eVX will rival the likes of the MG ZS EV, Mahindra XUV400, Tata Nexon EV Max, and Hyundai Kona Electric. 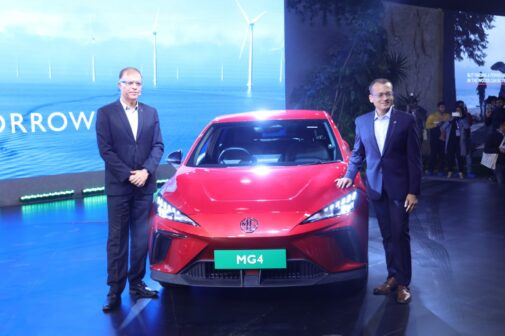 The MG eHS Plug-in Hybrid is certainly the best of both worlds. It combines efficiency and performance. The driving system includes an electric motor, a battery pack, and a strong petrol engine that work in tandem to maximise efficiency, power, and range. 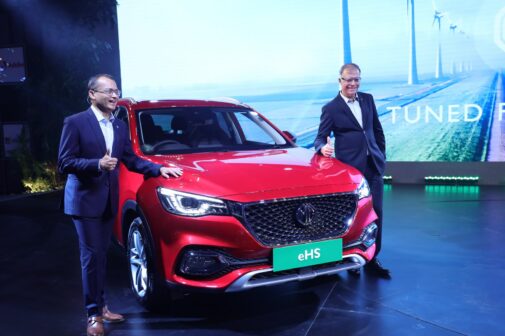 The hybrid engine has a combined power output of 254 bhp, allowing it to accelerate from 0-100 kph in 6.9 seconds.

The Hector facelift’s price was announced by MG Motor India. The SUV comes in five, six, and seven-seat configurations. The six-seater gets captain seats, while the seven-seater vehicle has bench seats. It is available in five different models — Style, Smart, Smart Pro, Sharp Pro, and Savvy Pro. Prices for the new Hector start from Rs 14.73 lakh and go all the way up to Rs 21.73 lakh (all prices, ex-showroom). It receives a new dual-tone interior. 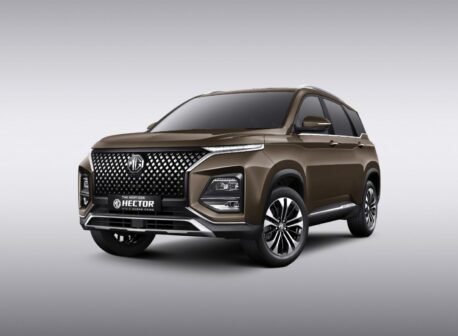 The dashboard has been updated with revised air-conditioning vents and a 14-inch portrait touchscreen infotainment system in the centre. The SUVs are outfitted with a three-spoke steering wheel and a digital instrument cluster. The switchgear on the centre console and the gear lever has also been updated. The Level 2 Advanced Driver Assistance System (ADAS) is the most noticeable addition to the feature list, and it includes lane keep assist, frontal collision warning, emergency braking, adaptive cruise control, traffic jam assist, and high beam assist.

That’s the Tata Curvv, and it does seem like it’s production ready. It’s such a design that you’ll either love or hate it. We definitely love how this one looks in person. 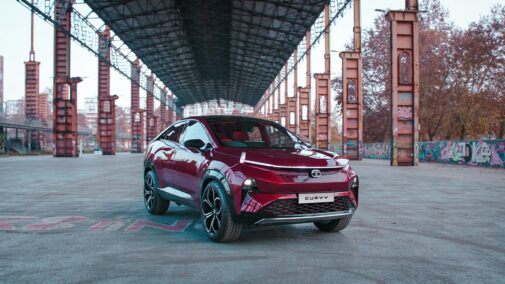 The Curvv is powered by a 123-bhp 1.2-litre, three-cylinder turbo GDi petrol engine and produces 22.94 kgm of torque. Last year in April, Tata showcased the Tata Curvv EV in its production-ready form, you can read about it here.

The Harrier will soon have an all-electric version on sale, and the best part is that it’ll have all-wheel drive, too. There’s no information yet about the size of the battery pack or the outputs of the motors, but what we do know is that Tata has made the most of the Land Rover-derived platform.

Other than the new ‘Empowering White’ body paint, an EV badge on the front fender, and a slightly redesigned grille, there really isn’t much to differentiate the Harrier EV and the standard model.

The near-production version of the all-new Tata Sierra was showcased at Auto Expo 2023, and it’s expected to go on sale before the end of 2024. 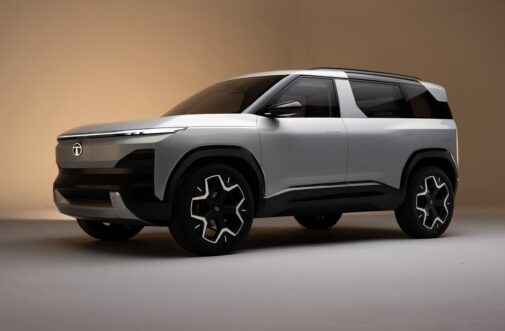 There’s not much that has changed from the concept that was on display at the previous iteration of the Auto Expo, and based on Tata’s penchant for bringing near-production models to the showroom almost as is, there isn’t much more that’s going to change. Let’s hope the new model lives up to the iconic nameplate.