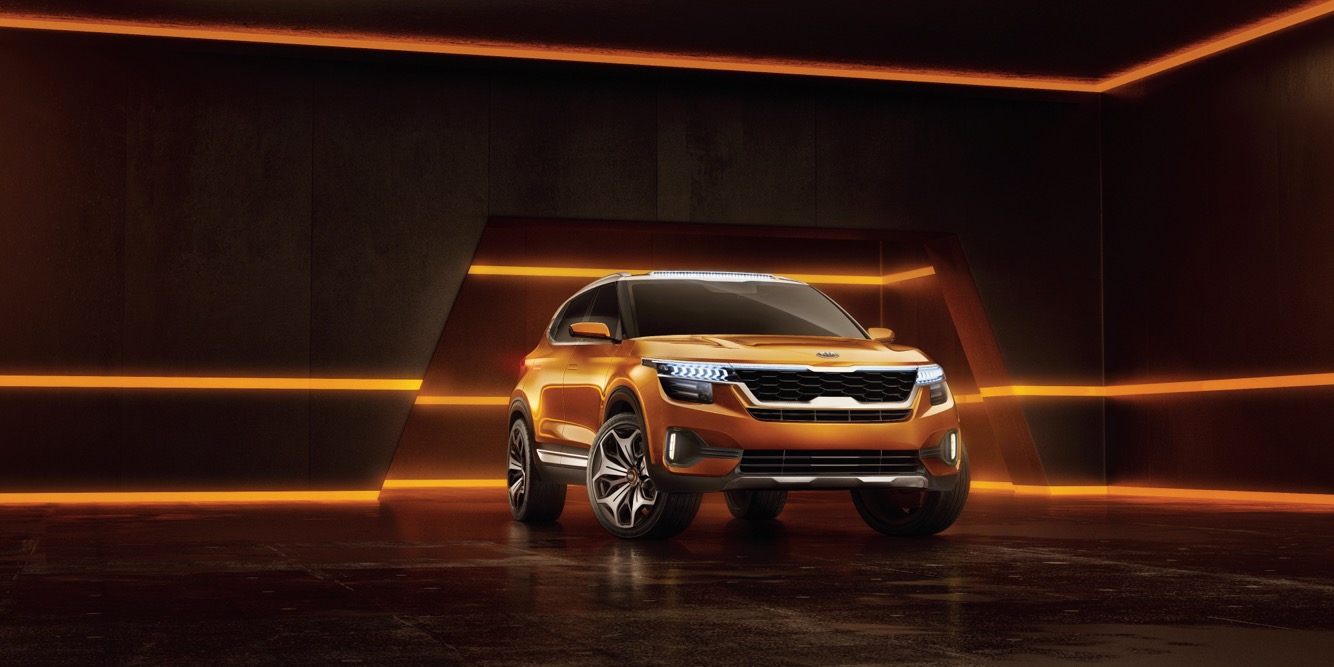 Kia has officially announced its arrival in the India market at the Auto Expo. The company also showcased the concept version of what will eventually be the first product sold by Kia India. It’s called the SP Concept and is a compact SUV, a body form that’s worked wonders for carmakers in India.

Kia India will begin its sales operations in the second half of 2016 with the product. Announcing that the production version of the vehicle will be very close to the concept showcased today, Kia also made it clear that it’s serious about the Indian market. The company wants to ‘replicate the success’ achieved elsewhere.

And while it may be orientated to what Indians prefer, the SP Concept hasn’t lost out on Kia’s unique bits, like the much-appreciated Tiger Nose. Aggressively designed, the SP Concept gets a wide front end, with a large bumper, and since it’s a concept, ridiculously huge wheels.

The company also has the global range comprising 16 cars on display as well, including the stupendous Kia Stinger GT. We’ll have more photos and videos of Kia cars on the website as soon as we find a reason to move away from the Stinger GT. Wonder if there’s any…

Kia Motors India’s MD and CEO, Kookhyun Shim said, “Kia Motors is delighted to enter India, which is all set to catapult into the world’s fifth largest economy this year*. We at KMI are thrilled to start operations at such a favorable time, and additional forecasts predict that India will be amongst the world’s largest car markets in a few year. We are here in India to be part of that success story, which has been put into motion by progressive government policies and decision making. And we are here to win trust and hearts of the people, while providing the country with stylish and differentiated motoring options.

Kia’s long-term objective being to replicate the success we have come to be associated with the world over and, as we say at Kia, ensure that, ‘The Power to Surprise’ is reflected in everything that we do in India.”