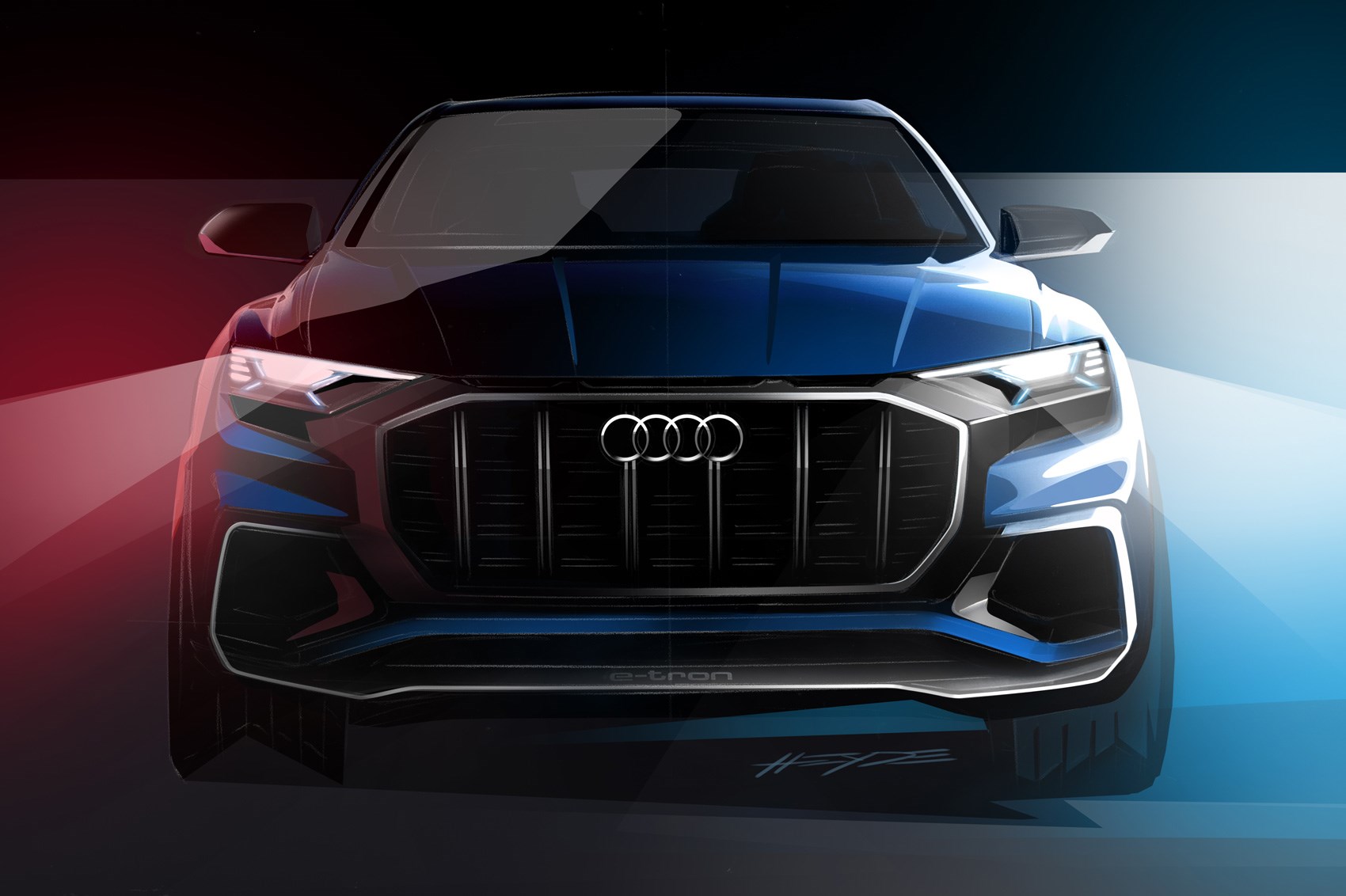 Are we looking at the birth of a new segment of SUVs?

Looking at the concept sketches of the Audi Q8, it does seem so. While the Q8 is not going to be rolling on production lines before 2018, Audi is going to reveal the concept at next months’s Detroit Motor Show to gauge public reaction.

It is a bit difficult to explain what the Q8 exactly is, hence the assumption that it might create its own niche. It is going to be based on the same MLB Evo platform of the current Q7, will be more expensive, but not as large as the Q7. The design of the concept is more aggressive and in-your-face than the Q7, with massive air-dams jutting out, a large grille, a high shoulder-line and sharp cuts everywhere.

It is expected to come with only four seats, but unlike other coupe-SUVs like the BMW X6, Mercedes-Benz GLE Coupe or the Range Rover Evoque, this does not have that sloping roof-line, and doesn’t try to mimic the look of a coupe. And considering that the Q8 is going to be the Audi flagship, expect to pay more than what you would for, say, a BMW X6.

Since it is going to be flagship, the Q8 is expected to come with a wide variety VW-group of V6 petrols and diesel, and V8 too, with some of them mated to electric motors. Also, with a face like that, it would be shame to not have a sportier ‘S’ or ‘RS’ variant.

A segment of very expensive, sporty-looking, four-seater SUVs, then? A variant of the future X7 might be the next entrant into the segment.