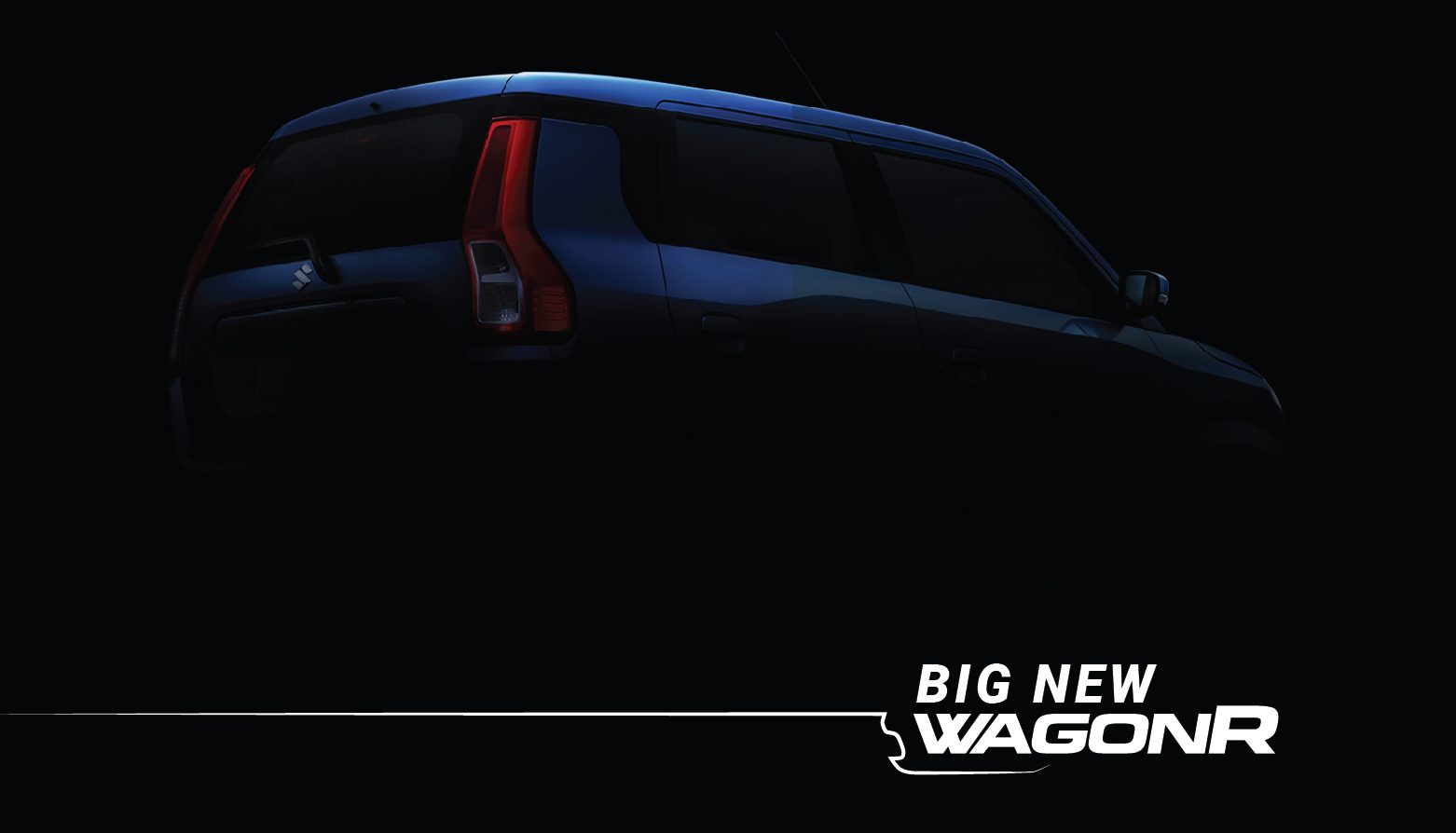 Leading carmaker Maruti Suzuki has announced that its all-new WagonR, or the Big New WagonR which is how the company calls it, will be launched on January 23.

Reports on the Internet mention that the new WagonR is more spacious than before, and has also included a new dashboard design. In addition, there will be a touchscreen infotainment system, steering-mounted audio and telephony controls, and an optional AMT gearbox as well.

Powering the car will be the same 1-litre K10B three-cylinder engine, but there’s also a mention of a more powerful 1.2-litre four-cylinder petrol engine, but the final availability and specs are yet to be confirmed. Like the current car, which is one of the more popular choices among CNG-powered hatchbacks, the new WagonR is also likely to be equipped with CNG/LPG.

The rear design, which is quite clearly shown in the teaser, has a flat tail gate, tall tail lamps, and a thick C pillar. The latter also has a black appliqué that makes the car appear to have what marketeers call a ‘floating roof’.

The spy shots of the new Heartect-based WagonR reveal a larger cabin and more space in the boot. The seats appear to come with fixed headrests, but like in the past, there’s plenty of head room. What will matter the most to a lot of buyers is the front-end styling. Which now isn’t exactly from the early 2000s, and even the tall glasshouse appears to be a part of the body. Unlike earlier when the WagonR, if bluntly put, looked more like a box on wheels.

Read more: Tata Harrier SUV to be launched on January 23